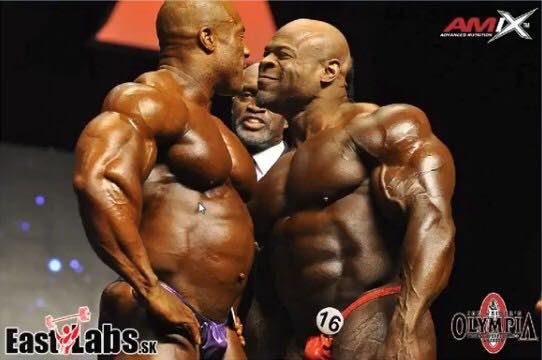 The subject of distended stomachs has continued to haunt Phil Heath after his comments regarding what Arnold Schwarzenegger said a month before when complaining about the state of bodybuilding.

Not only did the fans criticize Phil Heaths condition at the last Mr. Olympia on his Facebook account, they even started to post photos with their comments.

Phil Heath as busy as he is, had to sit down and try to defend himself and replied to a majority of the comments made against him.

Many fans showed their respect for the 4X Mr. Olympia, but at the same time saying that he was not at his best.

The other IFBB Pro’s will surely take notice to this and try to be at their best… Camera’s and mobiles are being used at all times during a show and the contestants have to surely be at their best… even when relaxing!! As you never know where the photo will pop up.

It seems the problem is not the condition of the modern day bodybuilder as everybody already knows about this problem… but what has pissed all the fans off is Phil Heath going against Arnold Schwarzenegger… after all these years, big Arnold is still loved by all the fans, and when he talks… the fans listen and automatically agree.

Phil has succeeded in the past to defend himself against characters such as Kai Greene and other IFBB Pro’s, but this time around he has most probably found his match.. and that is Arnold Schwarzenegger.

Phil Heath vowed that he will be at 100% at this years Mr. Olympia when he tries to make it five straight wins.

If Phil Heath comes in the condition we know he is capable of… when it is all over, he will be making room for the fifth Sandow trophy at home.

See all the comments here (click to zoom in):