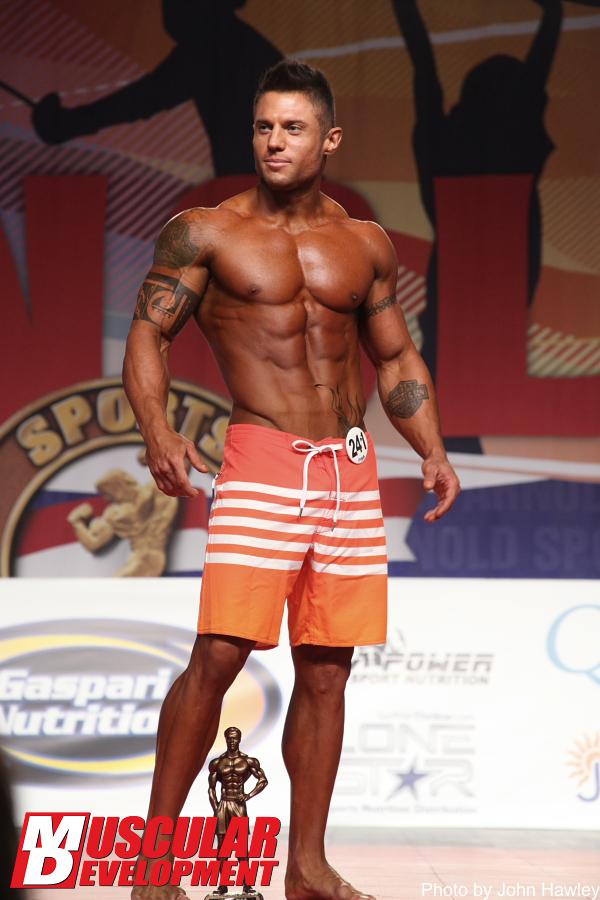 Favorite food?
If I could only have one thing for the rest of my life it would have to be sushi… preferably some sort of dragon roll. Big fan of eel. Aside from that Reese’s peanut butter cups and self serve frozen yogurt mmmm 🙂

Background on what got you into the industry and what you like about bodybuilding?
I have always been an athlete and a big fan of fitness. My Mother Connie has been an aerobics instructor for as long as I can remember.

My father Jim was always up at 330am cranking out the  weights throughout my whole childhood. There is no doubt this was a major influence.

In college I majored in Exercise science and minored in coaching. I also played Football for SVSU where we had a very good team, finishing 4th in the country in Division 2. I played Tailback and ended my career as Offensive MVP.

From there I was pretty much a full time fitness Junkie.  After College instead of going into my field of study I decided to go home and work for my Father at Barnhart and Son Construction.

The work was hard and the hours long. It made making it to the gym extremely difficult. I resorted to filling up my basement with free weights and getting my lift in before I had to hit the road at 5.30. Needless to say my workouts lacked the intensity and duration I really needed. 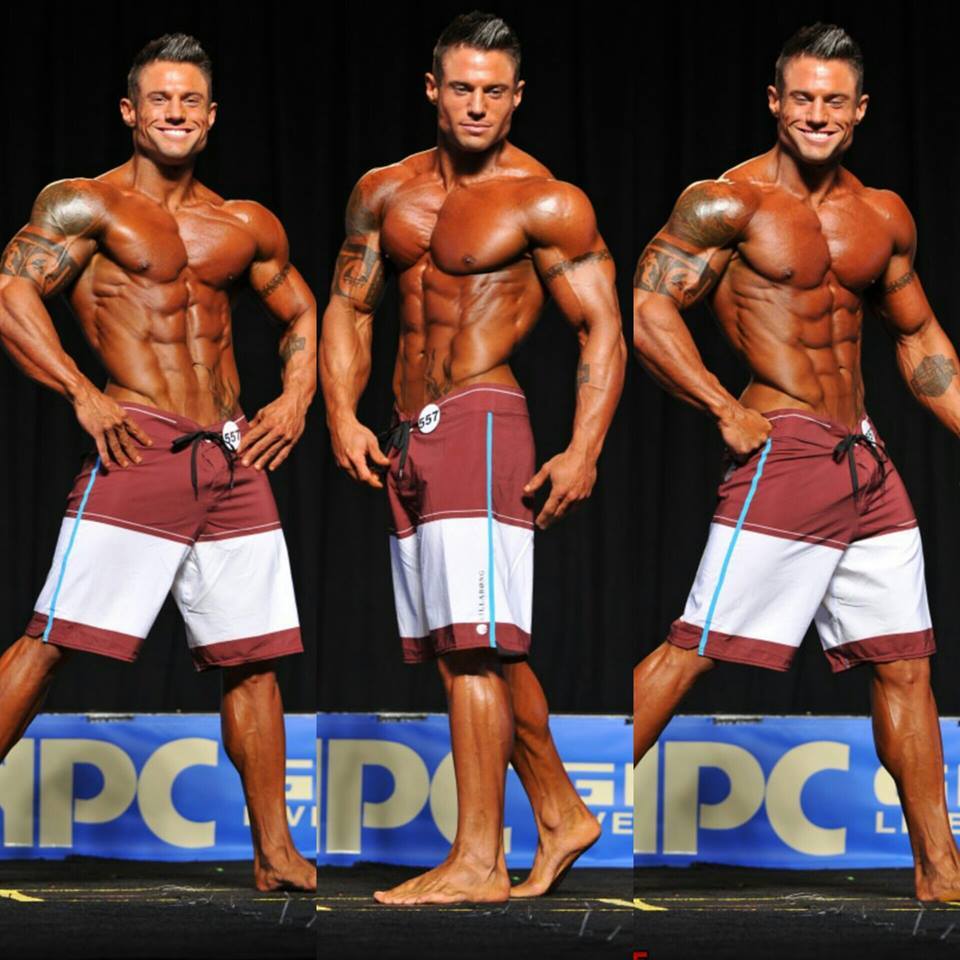 I continued with this routine for about a year and a half before I had enough. I was smaller and weaker than I had been in years and I wasn’t happy with the way I look. It was then that i decided to join Powerhouse Gym in East Lansing, MI.

Shortly there after I was introduced to the Mens Physique division. the Pros had just the lookI liked and knew I could achieve.
After attending the 2013 Arnold classic I had made up my mind that I was going to start competing in the NPC MPD.

The first goal I set for myself was to return to the Arnold in 2014 and place top 5, haha Later i realized that was going to be no easy task! But i trained my butt off and returned a year later and placed 3rd.