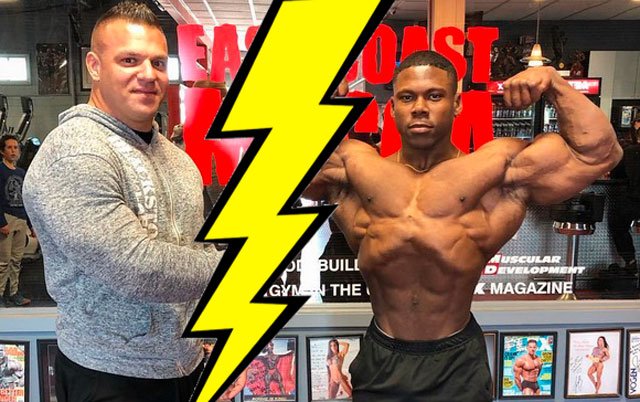 Blackstone Labs PJ Braun and 212 athlete Keone Pearson have a long history together.

PJ Braun was the ‘Father’ figure to Keone throughout his career, from his amateur days until he stepped on stage at the 2019 Olympia Weekend competing in the Men’s Classic Physique division.

Keone placed an impressive fourth place at the 2019 Olympia Weekend.

Everything seemed perfect between PJ Braun and Keone and it looked as they would be celebrating more success together in the near future.

PJ Braun is the owner of Blackstone Labs, one of the biggest supplement companies in the industry, while Keone is one of the best talents on the bodybuilding scene.

Everything went sour last June when Keone decided to leave Blackstone Labs based on certain comments made by PJ Braun in regards to the killing of George Floyd.

Braun, immediately explained why he will support America and stand for his national anthem immediately after publishing his first comments.

Two days after PJ Braun published his feelings about the killing of George Floyd, Keone Pearson decided to leave the company citing they have “different beliefs”.

The post that Keone made announcing his split with Blackstone Labs has been removed since then.

Since then, Keone has decided to move up to the 212 Division. Keone is sitting in third in the Men’s Classic Physique points qualification standings, so technically his spot on the 2020 Olympia stage is till not guaranteed.

PJ Braun has moved on to sign new athletes such as Guy Cisternino and continue to grow his company.

Fast forward to September 20, 2020, PJ Braun again went to his social media to reminisce about the 2019 Olympia Weekend that he spent with former athlete, Keone Pearson.

PJ’s message was straight to the point with allegations that Keone “Allowed someone with whom he meant nothing to get inside his head and the reality of it all is he’s kicking himself for it every day” and “The drugs he’ll acquire will help with the hard work and his beautiful genetics. But he lost the most Important thing in the world, Love. Turned his back on it all, the girl who loved him dearly, the brothers and sisters who loved him dearly… and the mentor he called ‘dad'”.

As both PJ and Keone were trading words, PJ alleged that it was Dexter Jackson is the person ‘getting inside’ Keone’s head.

Keone joined the conversation with the simple words “This is a joke now. PJ Really”.

Many joined the conversation not knowing what exactly between the two.

The comment PJ made about ‘drugs’ brings up a lot of questions.

Was PJ keeping Keone from using heavy dosages of drugs?

Did Keone want to move up to the 212 division immediately against PJ’s wishes?

As it looks from the outside, PJ was protecting Keone and wanted him to move up the ladder of success slowly and safely.

As we all know in bodybuilding, taking shortcuts can lead to a very short career that can lead to serious consequences.

Nobody can deny PJ’s dedication to Keone. PJ gave Keone the best exposure and was by his side during every moment in his career.

Both PJ and Keone will have their supporters in this argument and this war of words will not end soon.

Bringing up Dexter Jackson’s name in the argument is another twist in the story. Dexter is not one to hide and he will surely make his opinion know.

The cracks started to show in 2019

In 2019, bodybuilding legend Flex Wheeler was working with PJ, helping him prep Keone.

Unfortunately this relationship ended badly and PJ, Keone and Flex had a war of words on Flex Wheeler’s Instagram page.

Back then, Keone defended PJ and went on the attack against Flex.

It is a great shame one of the best partnerships in the bodybuilding industry had to come to an end in such a way between Keone and PJ.

“A year ago this man was in the prime of a budding career with a family who loved him and a gf who he supposedly loved taking care of him, but he wasn’t real, he was a coward and weak and hiding behind a suit of perfectly molded iron. He allowed someone with whom he meant nothing to get inside his head and the reality of it all is he’s kicking himself for it every day… but the money he lost and the benefits he got are absolutely replaceable. The drugs he’ll acquire will help with the hard work and his beautiful genetics. But he lost the most Important thing in the world. Love. Turned his back on it all, the girl who loved him dearly, the brothers and sisters who loved him dearly… and the mentor he called “dad”. What was a beautiful memory and piece of my life will now go down as a terrible lapse In judgment for me but that’s perfectly ok now for me. Last years @mrolympiallc was a special moment, but now a reminder of just how scummy this industry of leeches can be. I ask you guys time and time again: what really matters to you? AND: will you forget where you came from? 🤔 #loyaltyiseverything but man is it rare.” PJ Braun 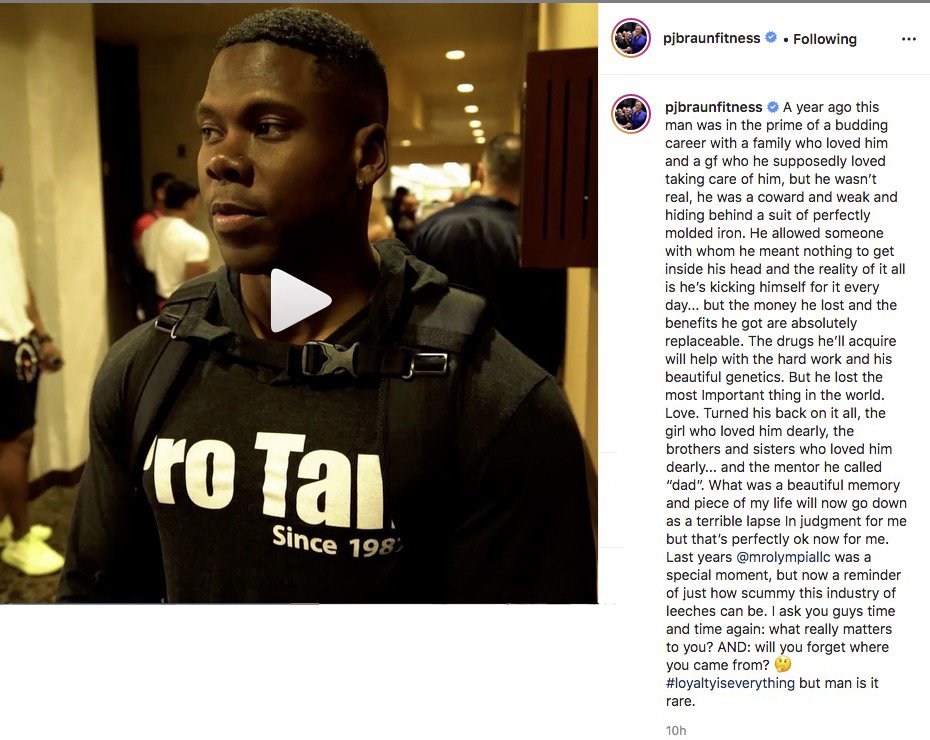 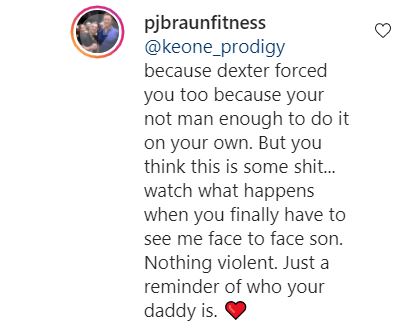 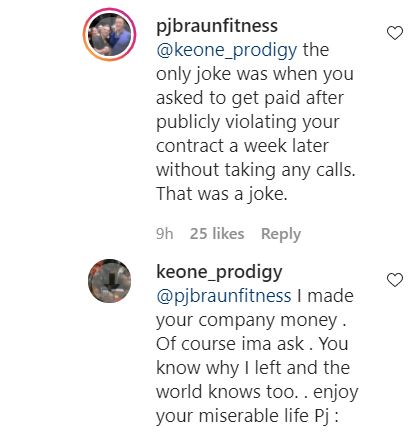 PJ wrote this post to explain his previous comments about George Floyd. This is what sparked the split between PJ and Keone.

Keone Pearson is focused on 212 glory