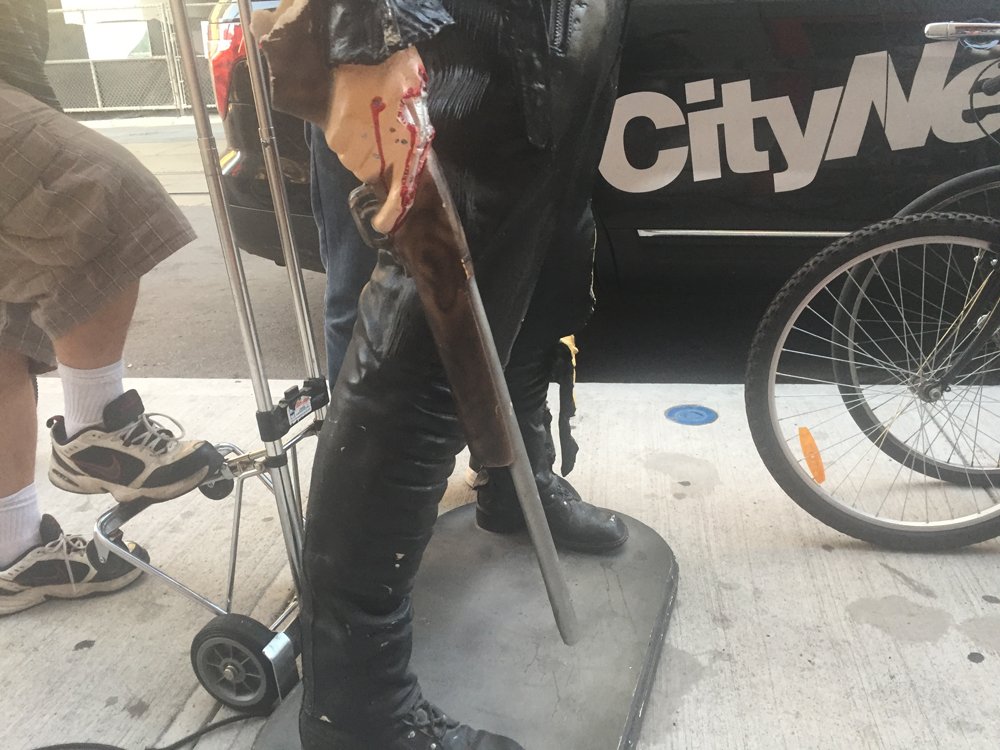 TORONTO – A movie character made famous by Arnold Schwarzenegger caused a gun scare in Toronto on Wednesday night.

Police tweeted at about 9 p.m. that they were responding to a call about a man seen with a gun in a neighborhood near the downtown core.

After scouring the area, police discovered that the man with a gun was actually a prop of the actor’s character in “The Terminator.”

The police tweet read: “Police on scene have located a Terminator cutout holding a gun.”

The tweet also included a nod to Schwarzenegger’s famous catchphrase with the added hastag “IllBeBack.”

Police left the prop behind and all that was left was images of Schwarzenegger on the internet.

But, the ‘Terminator’ did come back. After hours of souring the neighbourhood dumpsters, CityNews cameraman Bert Dandy found the prop.

Afterwards, the mystery of the statute was solved. A man called Dandy moved the statue over to an alleyway behind a home he was cleaning between 164 and 168 Grange Ave. Apparently a tenant recently moved out from the area and left the prop behind.

Update: Reporter Shauna Hunt is investigating where Toronto’s terminator came from. Follow along with her updates in real-time. For a mobile-friendly link, click here. 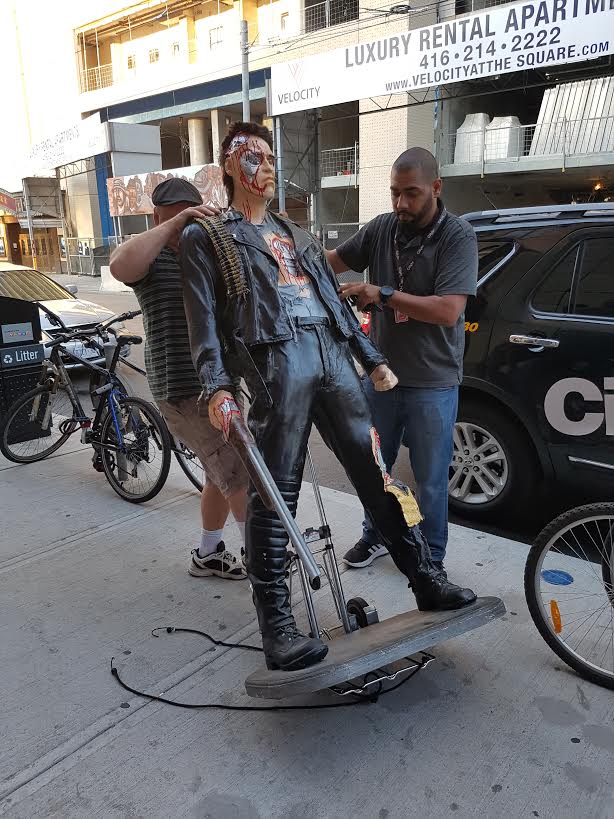 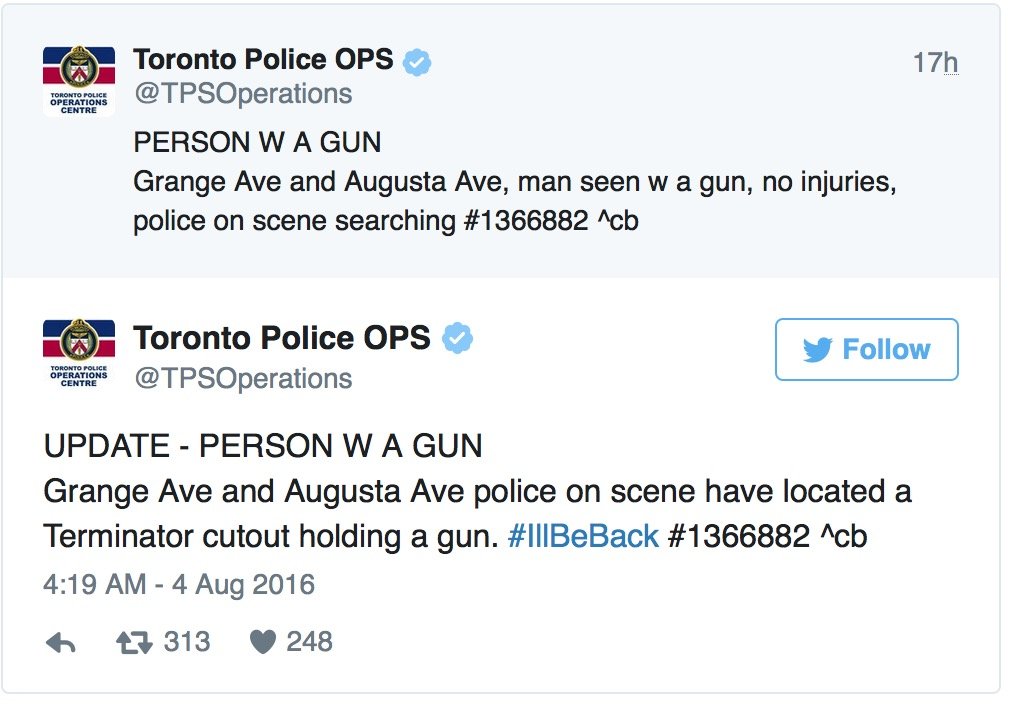 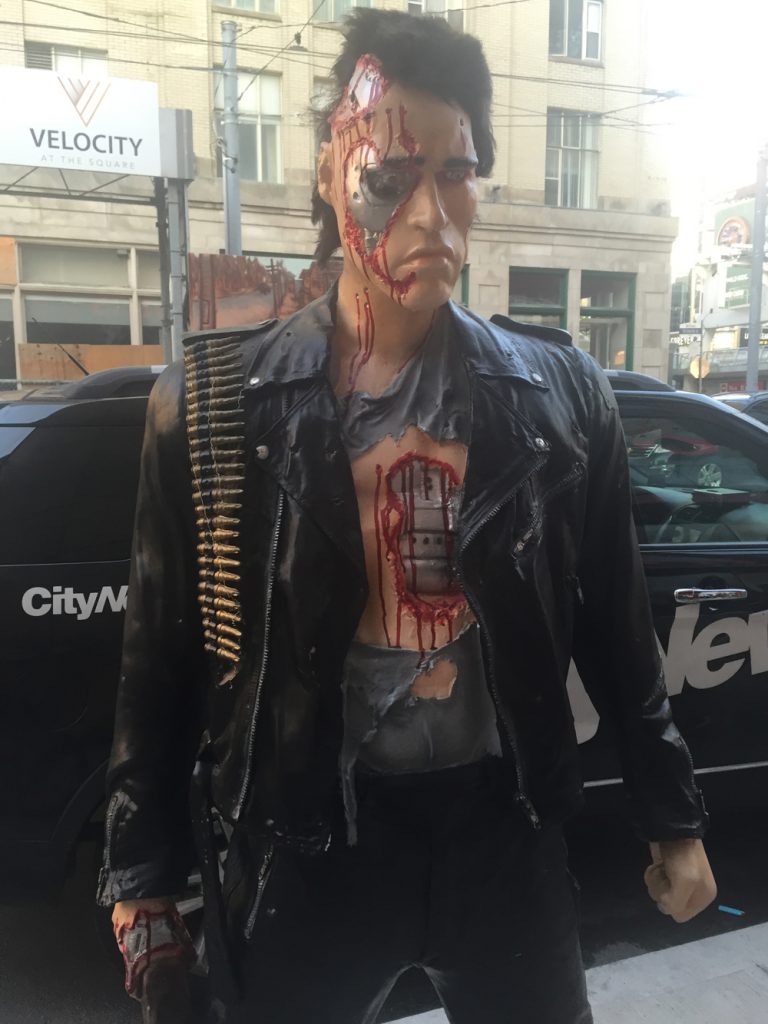