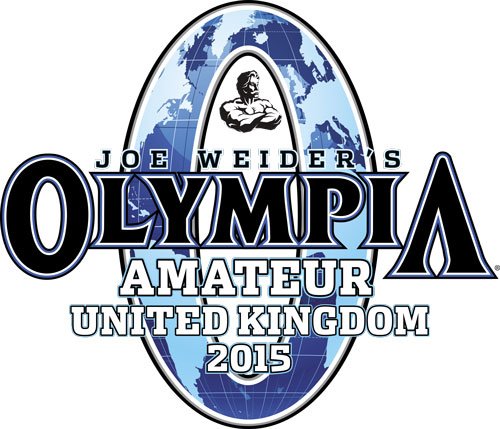 
Organized by the United Kingdom Bodybuilding and Fitness Federation (UKBFF) and its President William Tierney, will be the 4th Olympia Amateur this year, following events in Kuwait, Torremolinos and Prague. United Kingdom was the host country of the first Olympia Amateur in the history, in 2011 in London, when IFBB approved this concept and gave the “green light” to start it.

Then Olympia Amateur was progressing along two parallel routs: Amateur Mr. Olympia in Arab countries (Kuwait 2012, Bahrain 2013) and Amateur Bikini Olympia in Europe (Prague 2012-2013). In 2014 Olympia promoters spotted that it would be better to include more IFBB sport divisions to Olympia Amateur, so Women’s and Men’s Physique as well as Men’s Bodybuilding and Women’s Fitness were added to Prague event and Bikini-Fitness was added (as an accompanying competition) to Olympia World Showdown in Moscow. Beginning from this year, Moscow Showdown will officially include Women’s Bikini-Fitness, Bodyfitness and Men’s Physique also. This makes the Olympia Amateur events bigger (around 300 competitors each) and more spectacular.

But the next surprising fact is that the number of Amateur Olympias has raised up to seven this year, which are spread among different countries and continents, from Australia, through Hong and Middle East to Europe, which hosts four events (Torremolinos, Prague, Liverpool and Moscow).
The upcoming Olympia Amateur will take place in Liverpool at the turn of October and November. It will include 7 sport divisions:

Promoter has chosen the very modern Liverpool Echo Arena with 4000 audience as a venue site, so it’s a perfect place to display the beauty of modern physiques. Since opening in 2008, they have attracted over 3.5 million visitors to more than 1,200 events! They already hosted judo, gymnastic, artistic gymnastic and tennis championships. You can visit the website http://www.echoarena.com/ to see this marvelous sport and entertainment hall, also to purchase tickets. The other possibility through the website: http://www.echoarena.com/whats-on/ifbb-amateur-olympia/