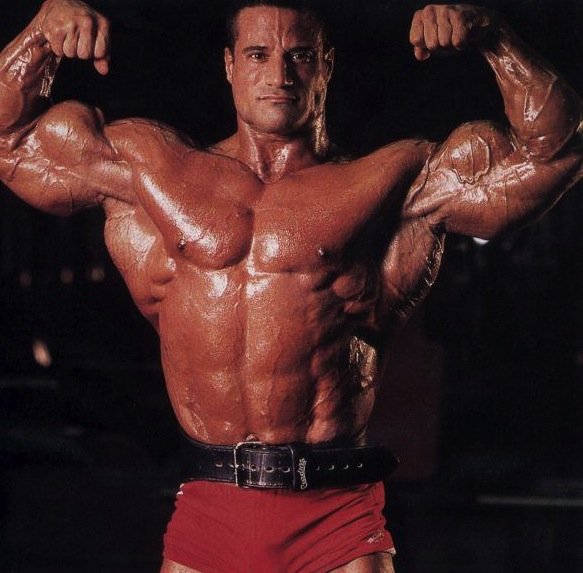 It is with sadness, we have just learned of the passing of former IFBB Pro bodybuilder, Mike Matarazzo. Mike Matarazzo had been suffering from heart problems since his open heart surgery in December of 2004.

Mike was admitted to the intensive care unit of Stanford hospital in Palo Alto due to heart complications. Sadly, he passed away yesterday, Saturday August 16, 2014, at just 48 years old.

Mike Matarazzo, will be missed. evolutionofbodybuilding.net

Originally from Boston, Massachusetts, Matarazzo moved to Venice, California to further his bodybuilding career. Formerly a boxer, Matarazzo first won the 1989 Gold’s Gym Classic in Massachusetts. He competed for the first time in the Mr. Olympia contest in 1991. Known primarily for his massive arms, his best placing (out of seven total appearances) in the Mr. Olympia competition was 9th, in 1998.

Matarazzo’s last appearance in a professional bodybuilding event was the 2001 Mr. Olympia, where he placed 21st.He was forced to retire due to having open heart surgery on December 8, 2004 as a result of clogged arteries. At the time of his death he was residing in Modesto, California, and was last reported to be working as a bail bondsman for AJ’s Bail Bonds.

He was forced to stop working as a bail bondsman due to limitations on physical activity related to his 20% heart function.

On November 8, 2007, Matarazzo suffered a heart attack, his second cardiac-related problem since his surgery in December 2004.

On August 3rd, 2014, Matarazzo was in the intensive care unit of Stanford hospital in Palo Alto due to heart complications. The information was transmitted by his wife, Lacey Matarazzo (nee Porter), via longtime friend Mel Chancey’s Facebook page, and reposted on various bodybuilding websites.

On August 17th, 2014, Mel Chancey, a longtime family friend, announced via Facebook that Matarazzo had died in the ICU at Sanford hospital while awaiting a heart transplant. The information was confirmed by Peter McGough, editor at Muscular Development magazine