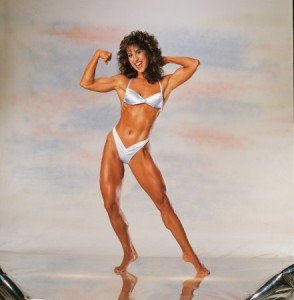 Rachel McLish merits special historical significance in the sport of women’s bodybuilding. This honor comes by virtue of winning the inaugural United States Championships in 1980, as well as that year’s first-ever IFBB Ms. Olympia contest.
These breakthrough victories, together with Rachel’s visual appeal, brought women’s bodybuilding a further rush of media attention, which had been jump-started into action by Lisa Lyon. In a competitive career that spanned only four years, McLish proved a resilient force, winning two IFBB Ms. Olympia crowns (the second in 1982) and never placing lower than third in any contest she entered.
In an unparalleled period of mainstream exposure, Rachel was the center of much attention; the 1985 movie release Pumping Iron II: The Women focused on her participation in the 1983 Caesar’s World Cup.
After finishing third at the 1984 IFBB Ms. Olympia, Rachel retired from competitive bodybuilding, but still enjoyed international exposure as she embarked on a movie career. Even to this day, Rachel McLish is one of bodybuilding’s most recognizable personalities. She currently lives in Palm Springs, California, with her husband, producer Ron Samuels. 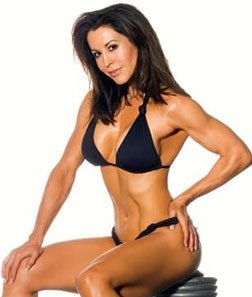