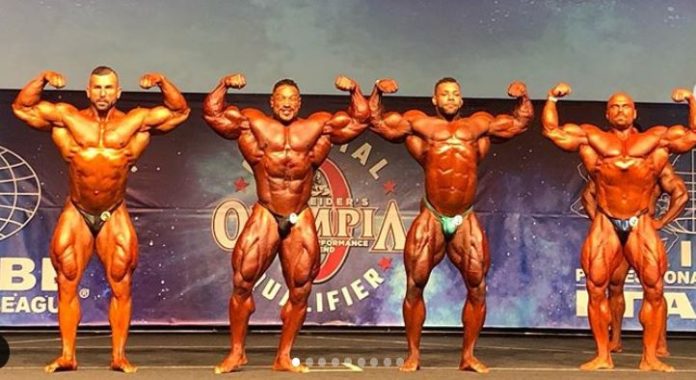 Roelly Winklaar is back to winning ways after he had a convincing victory in Padova, Italy.

Winklaar was the last man standing at the 2019 Yamamoto Pro Cup.

This contest can be said was the replacement for the San Marino Grand Prix and the EVLS Prague show that were usually organized immediately after the Olympia Weekend, but this year they were both cancelled.

Nine Pro League bodybuilders made the trip to Padova to try to earn their 2020 Mr. Olympia qualification early in the season.

Nathan De Asha had to settle for second place to Winklaar. De Asha immediately returned to competition after receiving a suspended sentence in court.

It is a shame that Roelly did not step on the 2019 Mr. Olympia stage just a few weeks ago in this condition as he would have had a great opportunity to really challenge for the Mr. Olympia title.

In Classic Physique Breon Ansley was back to winning ways after losing his Olympia title a few weeks ago to Chris Bumstead. 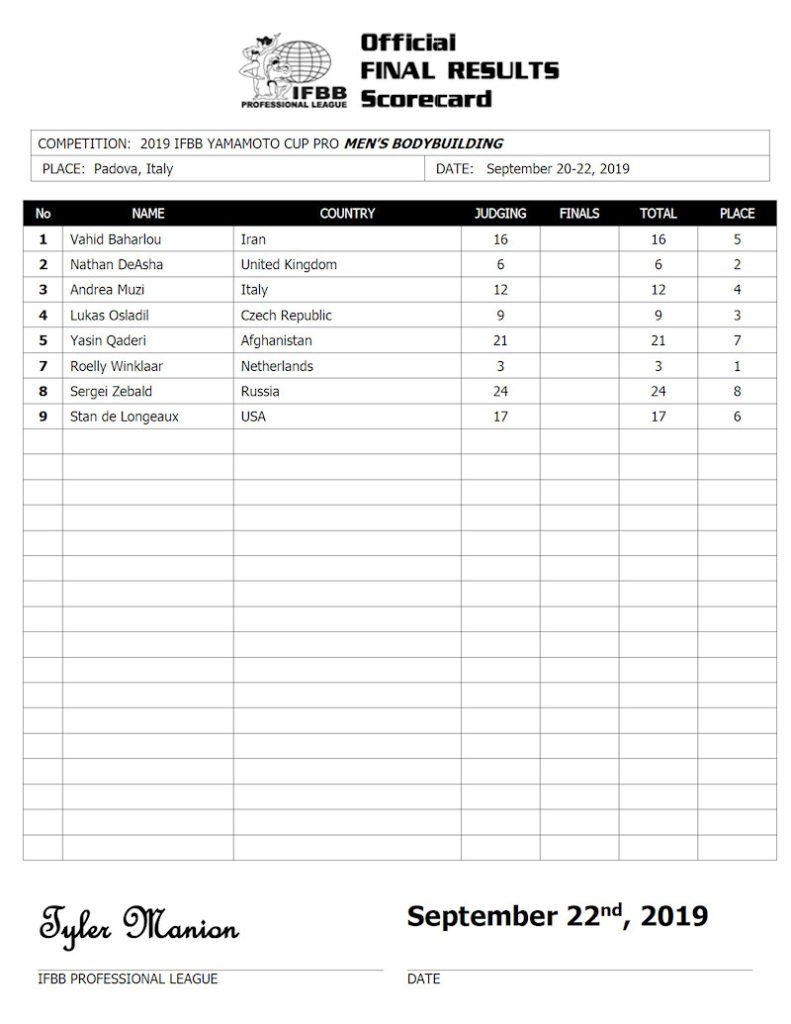 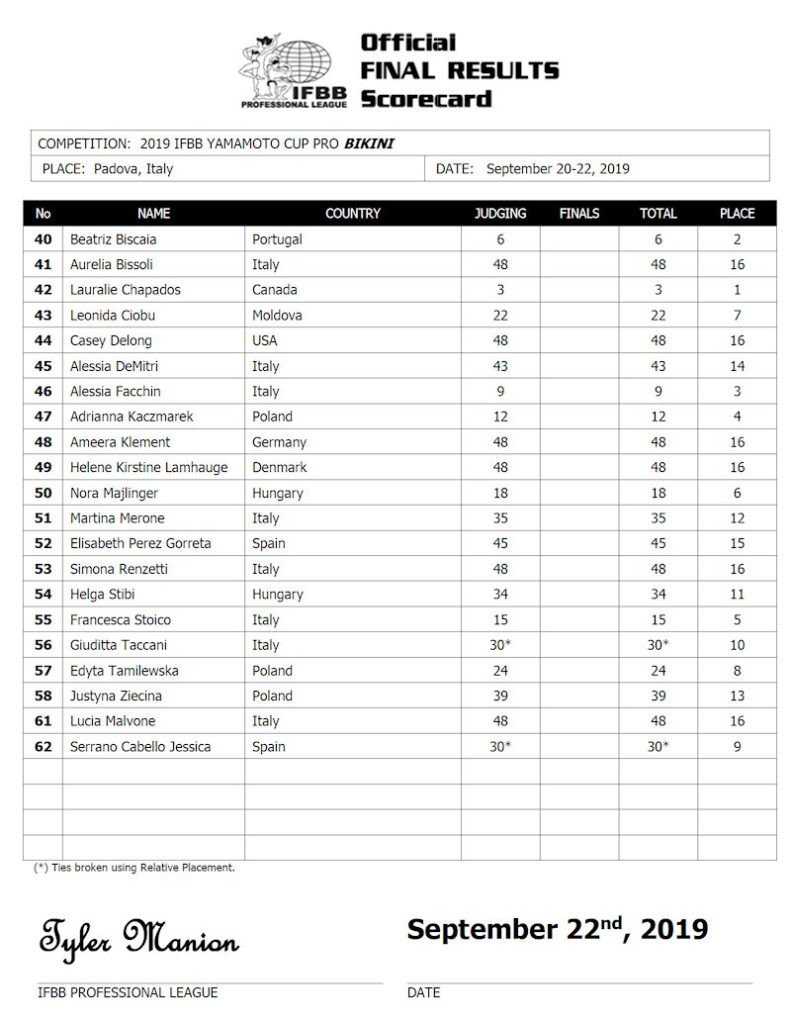 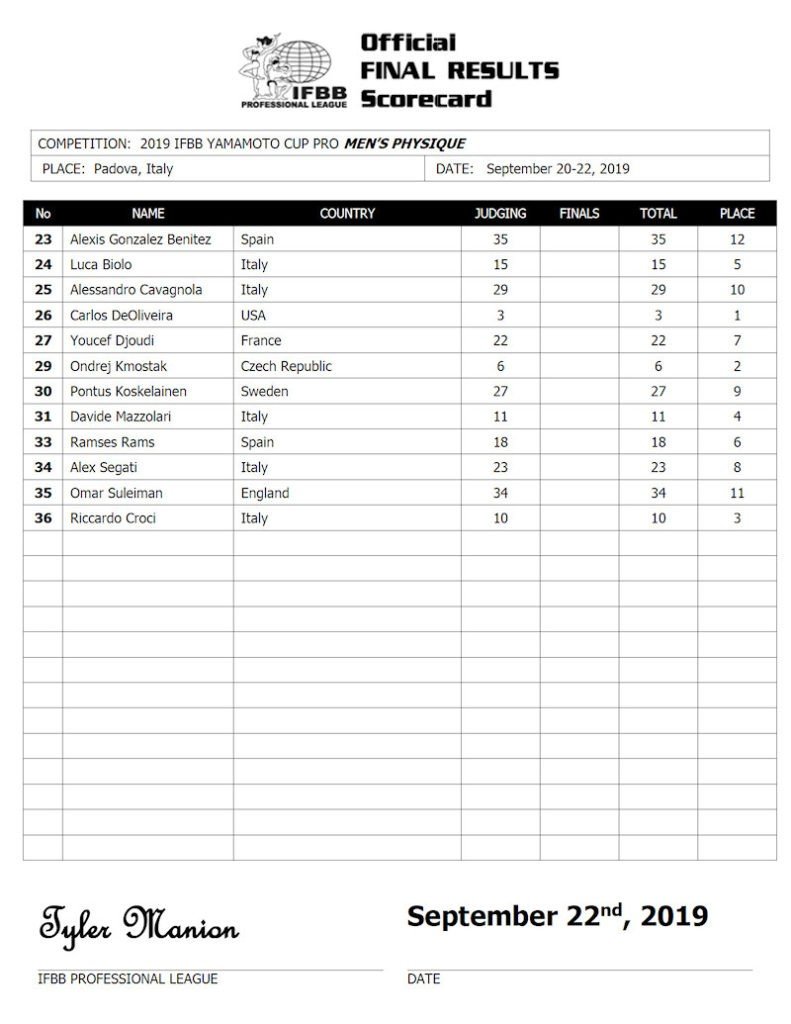 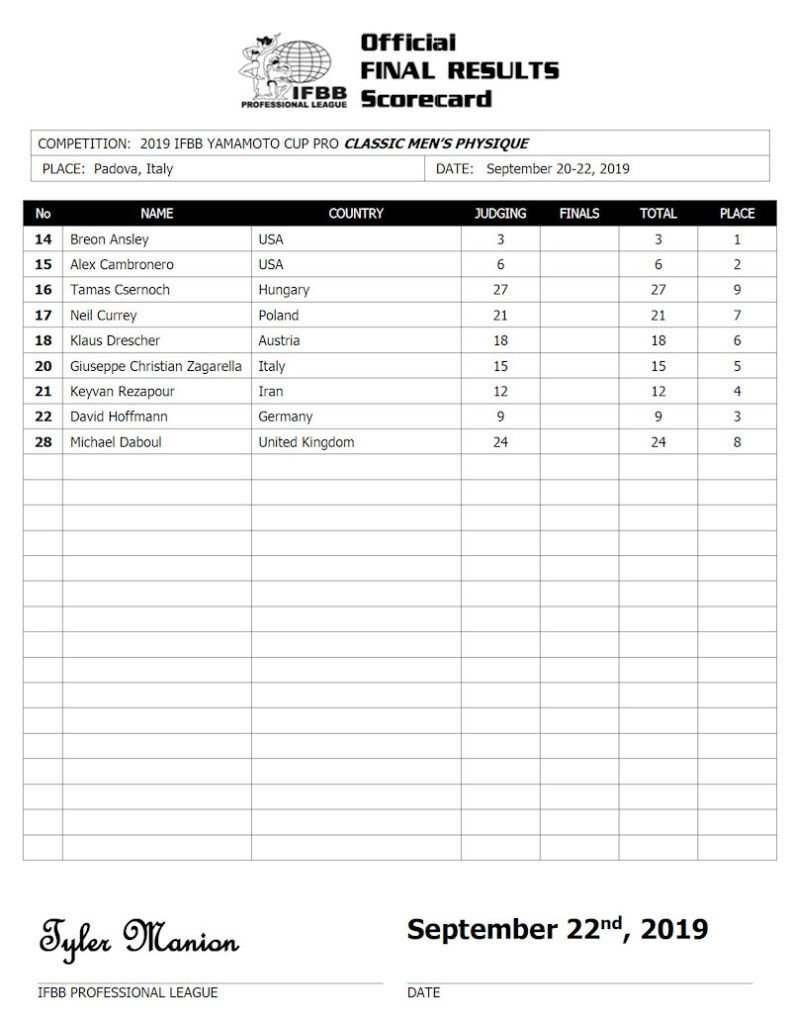