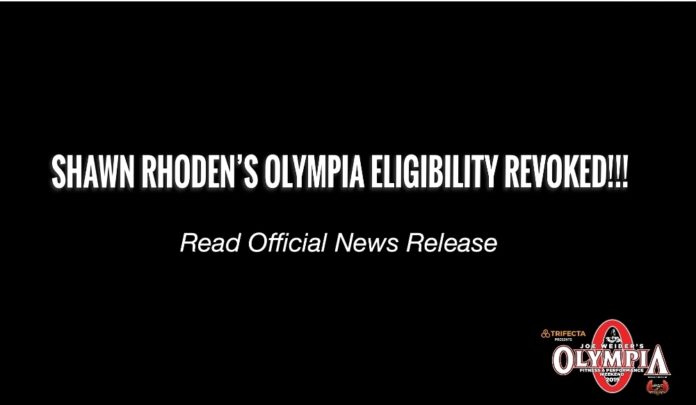 The announcement follows the recent charges that led to a warrant issued in Utah for Mr. Rhoden stemming from an alleged incident in October 2018.

In addition to revoking Mr. Rhoden’s eligibility from future Mr. Olympia competitions, American Media also announced that it would suspend coverage of Mr. Rhoden in its media brands, including Muscle & Fitness and FLEX, until the legal process has been completed.