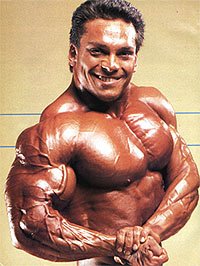 A month after his 20th birthday, Gaspari won the NPC Junior Nationals in Union, New Jersey. A year later, in 1984, he won the light-heavyweight class at the NPC Nationals and a week after that qualified to become an IFBB pro by winning the IFBB World Amateur Championships in Las Vegas. 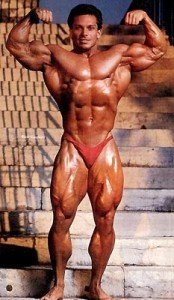 Gaspari’s nine victories in the IFBB were spread among five countries; the first win was in Columbus, Ohio, at the 1986 World Pro Championships. A week later, he also won the Los Angeles Pro show. His next six wins were on the Grand Prix circuit with two each in 1987 (Germany and France) and four in 1988 (Germany, Spain, France and Italy). He returned to Columbus in 1989 for a victory at the inauguralArnold Schwarzenegger Classic.

Gaspari redefined the sport with his shredded and full condition. At his first Mr. Olympia, in 1985, he finished third, and for the next three years, he was the runner-up to Lee Haney. Gaspari’s determination knew no limits and it could be argued that he rose as high as anyone could, given his genetics, which were reminiscent of Larry Scott in his early years.

The 1989 Olympia was the first IFBB contest in which Gaspari placed lower than third – he took fourth place. He competed every year from 1985 through 1996 except for 1993, and rumors persist that he may emerge to do battle at the Masters Olympia soon. 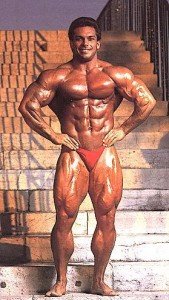