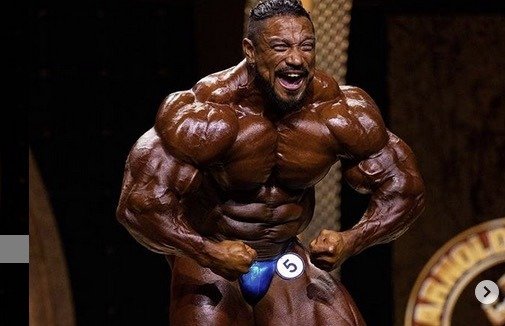 Roelly Winklaar was a favorite going into the 2019 Arnold Classic last weekend.

Winklaar could only manage fifth place. It was not Roelly’s best performance and he was put under a lot of pressure by certain prominent people in the industry such as Redcon1 owner Aaron Singerman.

Aaron Singerman criticized Winklaar on the way he looked two weeks before at a guest posing routine in Nepal.

Roelly did look a bit off, but without any confirmation on what happened, Aaron said that Roelly most probably will not compete.

Well, Aaron was proven wrong and Roelly did make it to the stage at the Arnold Classic.

During the Meet and Greet event, Roelly did not look to happy to talk to the media when asked questions. And he had every right to feel that way.

A day after the show, Roelly published an apology on his official Instagram and Facebook pages. He also explained what happened to him leading up to the show.

This is the original message:

Now that all is said and done, I feel I owe it to my fans to explain the events that happened before the Arnolds. I realize my showing was not my best, but before the show I don’t make excuses, especially when I make the commitment to compete at the Arnolds already. I do the job as best as I can. I do it for the fans because I don’t want to let them down. At the beginning of the year I underwent minor surgery for my knees which meant I took a break from my leg training and when I did start back training legs I could only train at 85%. The biggest blow though was when I went to Nepal to guest pose I ended up contracting food poisoning and became very sick just two weeks before the Arnold. I have to say thank you to the people of Nepal for making their best effort to take very good care of me when I was sick. I am sorry I disappointed you, but you know that this time was not typical Roelly Winklaar and I can only promise to come better next time. Thank you all for your love and support. 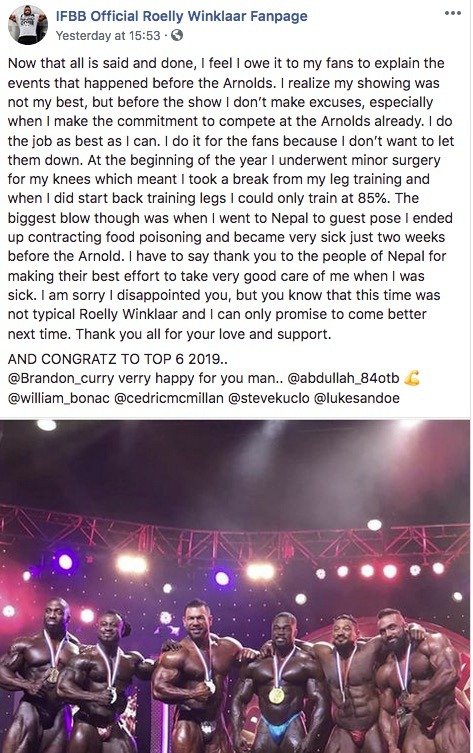