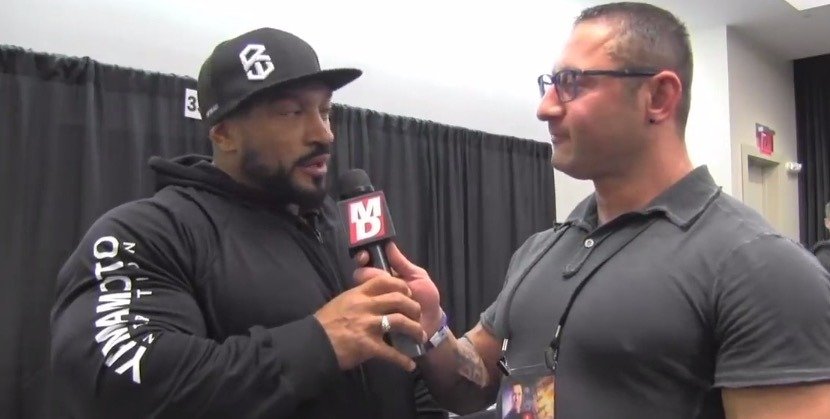 Roelly Winklaar is one of the favorites going into the 2019 Arnold Classic. After winning the 2018 Arnold Classic Australia and as well placing third at the 2018 Mr. Olympia, he is easily a person that is capable of winning this title.

In the last couple of weeks, Roelly has come under a lot of negative criticism, especially from Muscular Development.

A video was posted on the Muscular Development forum with Online Editor Ron Harris and Redcon1 owner Aaron Singerman commenting on how Roelly looked at a guest posing routine he did in Nepal two weeks before the Arnold Classic.

Roelly looked like he was holding some water, but he is also known to suffer in the weeks before a show to get ready.

The fatal mistake was the title of the video, Muscular Development decided to name it “Roelly WInklaar will not compete at the Arnold”.

This surely did not go down well with Roelly who never said he was pulling out of the contest.

Roelly showed that he was not happy with the negative criticism that he was getting during the “Meet The Athletes” at the 2019 Arnold Classic.

When Ron Harris interviewed Roelly at the event, Roelly showed immediately that he was not happy with Ron Harris. His facial expressions was enough to give the viewers the message that he was not up for more crap.

Ron immediately changed the subject to try to win back the trust of Roelly. But Roelly would have nothing of it.

Roelly’s sister, Etienne Winklaar is as well his manager and she also said she told Roelly he should not take notice of all the social media crap.

Dave Palumbo of RxMuscle.com also got a few words from Roelly, but he immediately let his sister do the talking. Etienne silenced all the critics when she said “why should Roelly be ready two weeks out from a show?”

As much as we respect Muscular Development for all they do in the bodybuilding and fitness industry, this time they screwed up when it came to criticizing Winklaar.

Writing him off just from seeing one posing routine that was two weeks out was a crucial mistake.

Regarding the comments from Aaron Singerman, the guy might know what he is doing when it comes to building a supplement business, but when it comes to criticizing one of the best bodybuilders in the world, he should stay quiet.

If Winklaar was sponsored by Redcon1 rather than Yamamoto Nutrition, would the comments have been different? 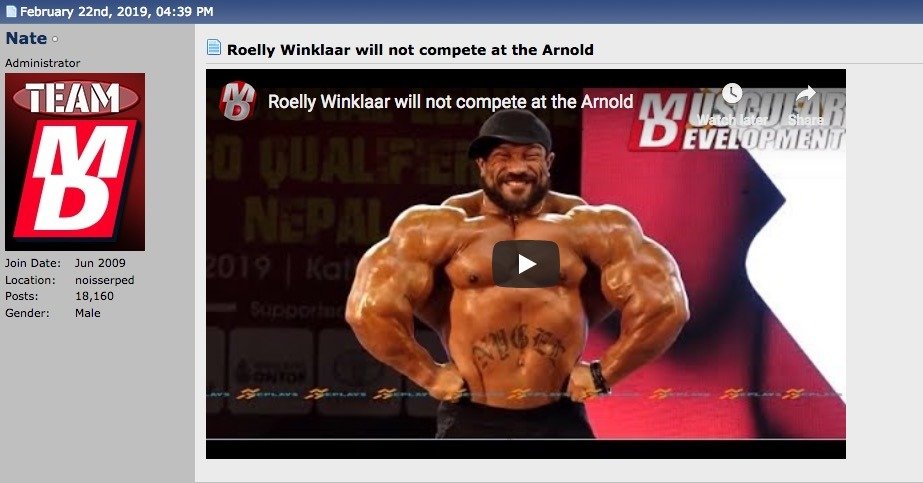