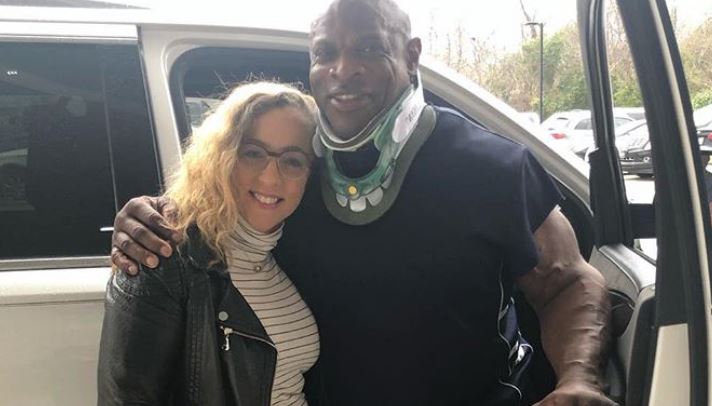 Ronnie Coleman back on his feet after another surgery.

As reported by evolutionofbodybuilding.net, 8X Mr. Olympia winner Ronnie Coleman had to make another visit to the hospital to have an operation on his neck after a bad fall at his residence.

Coleman herniated a disc in his neck due to his fall. He will have to do a 3-4 fusion to his cervical spine.

The operation was performed by Dr Lapsawala and Coleman was full of praise for him.

We are happy that Ronnie got through this operation in good health. Hopefully he can start to live a normal life again and spend some time away from the hospital.

This is what Coleman had to say after the operation:

ronniecoleman8 It’s official, we’re out the hospital like last year. Hopefully it will be at least another year before I’m back again because I was just here in September, then March and February before that. Might as well buy stock in one of these places as much as I’m here. But I’m feeling great, Dr Lapsawala has performed miracles on me my last 2 surgeries. Once again thank you guys for your prayers and support. Like I said God Willing this will be mine and the love of my life last visit for a while. #yeahbuddy #lightweightbaby#itstillaintnothingbutapeanut 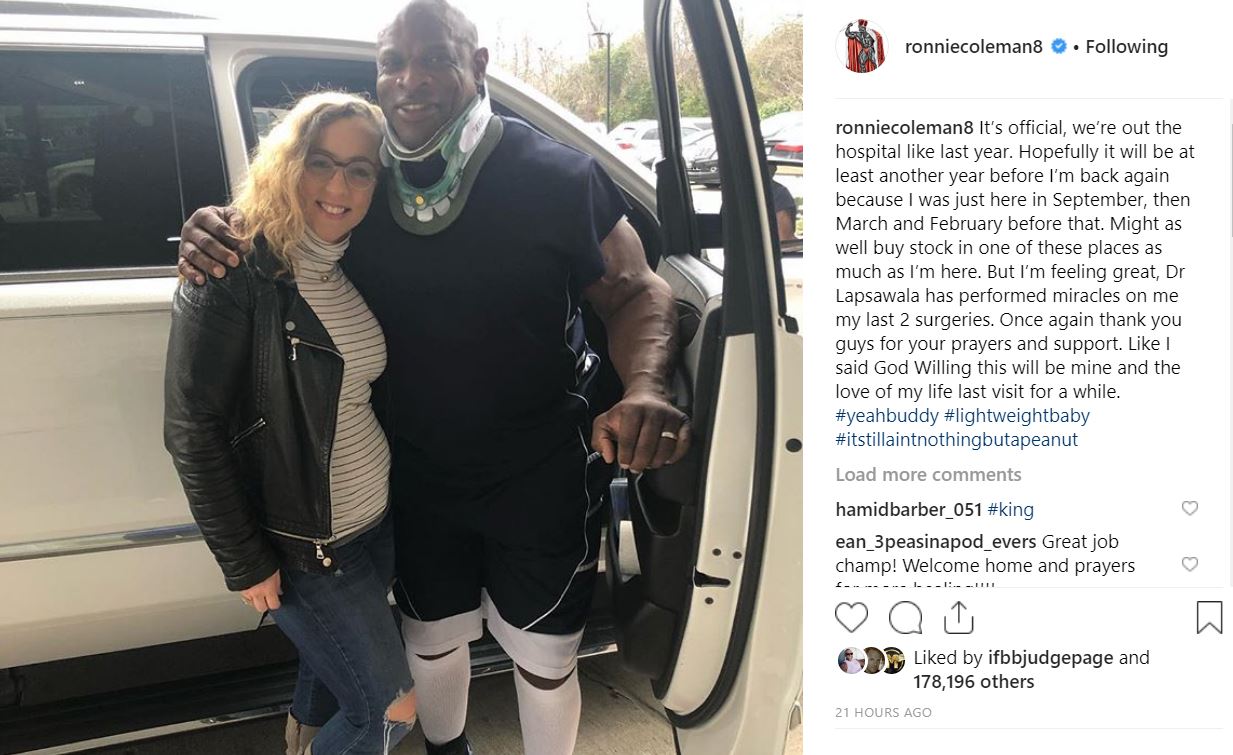