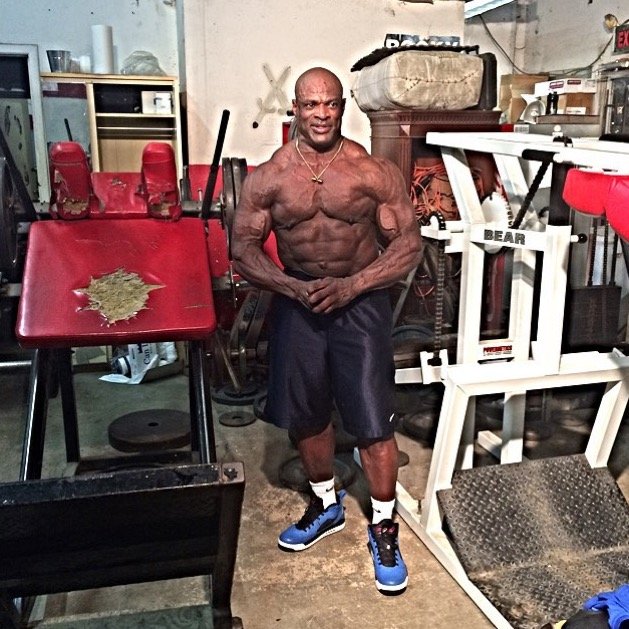 It could be true or it can be a joke, but 8X Mr. Olympia winner Ronnie Coleman has sent out a challenge to 4X Olympia winner Jay Cutler on his Instagram account.

Today (Friday) Ronnie Coleman is scheduled to have another operation. The former champion seems to be used to the operation table after already having a hip replacement and a major back operation.

As already reported by evolutionofbodybuilding.net, Ronnie Coleman has been putting in some heavy workouts before his next operation.

Yesterday, Ronnie also published a photo of himself. Ronnie is obviously a smaller version of himself, but he is looking toned.

This is the message that Ronnie wrote in full:

Trying my best to get these abs in shape for my surgery this Friday. Want to be in the best possible shape because I know I will be on a 6 week sabbatical after the surgery. It’s all good though, maybe the rest will be good for my body. Can’t wait for my comeback because I’m still looking to get back on that stage again. Somebody gotta put a little pressure on Jay so we can do this damn thang. For the most part I’ll be looking forward to getting back in the gym because I know it’s gonna be on like Ping Pong.

The message has been sent for Jay…. now we wait for his response…