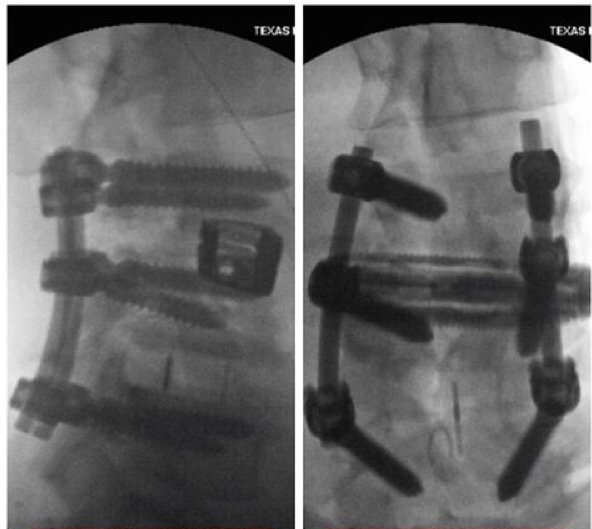 As everybody knows, 8X Mr. Olympia winner Ronnie Coleman has been in and out of the hospital repairing the scars from his grueling training regimes to win his eight Olympia titles.

Ronnie has had hip replacements and major back surgery and till today Ronnie keeps saying he would of had it no other way!!

We all love Ronnie and he was a great champion but it kills us to see him going through so much agony. Is it really worth it Ronnie?

This is not the Evolution of Bodybuilding… it is the story of a athlete that went past his limits to be the best. It is just in Ronnie’s DNA!

Shawn Ray has said in a recent interview on Generation Iron that he himself would not put his health on the line to win a title.

Look at Lee Haney, Rich Gaspari, Dorian Yates, Lee Labrada, Jay Cutler, Kevin Levrone, Shawn Ray and many others enjoying their lives. They are touring the world, meeting fans, starting new businesses and promoting their own shows. Meanwhile Coleman, who should be the kings of kings cannot even walk!!

After Dorian Yates had his injuries, he immediately left the sport… Obviously, Ronnie wanted to set a higher bar in the sport and till today, it does not look like anybody will come close to his level, but it came at a price.

Many competitors looked better aesthetically but Ronnie just had the bigger harder look, especially in the first couple of Olympia victories.

Ronnie pushed for the victories and the fans. He loved the sport, but it is truly painful to see him like this.

We truly believe Ronnie would have done it no other way. Today we have Johnnie O Jackson and Branch Warren that are very extreme. Hopefully they listen to their bodies.

We just hope he gets back on his feet and yes… gets back in the gym to do some ‘LIGHT’ training.

This is the latest quote from Ronnie Coleman himself:
This is the hardware from my last surgery. What you guys are looking at is 11 hours of hard work neurosurgeons performed on my back. What you also see there is 6 hard titanium screws specially made for a rough and tough back like mine, there are also 2 large cages with plates separating both of them. The screws are screwed into my bones, very painfully if I have to say so myself. The cages are so big that the Dr had to open my up from the side to put them in, he also had to open me up from the back to take out some hardware that was broken which caused me to have this surgery. So now I have incisions on my back and my side serratus. There are 6 screws here, 2 more and I’d have one for each Olympia. So let me ask you again, you still wanna be 8 X Mr Olympia? As you can see, the price you have to pay is pretty painful. But of course a champion like myself wouldn’t have it no other way. 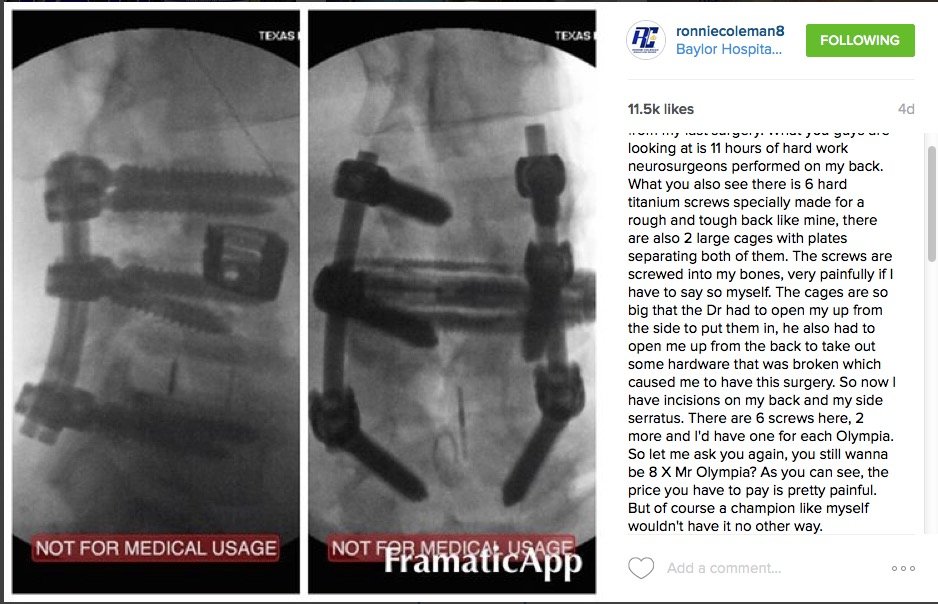