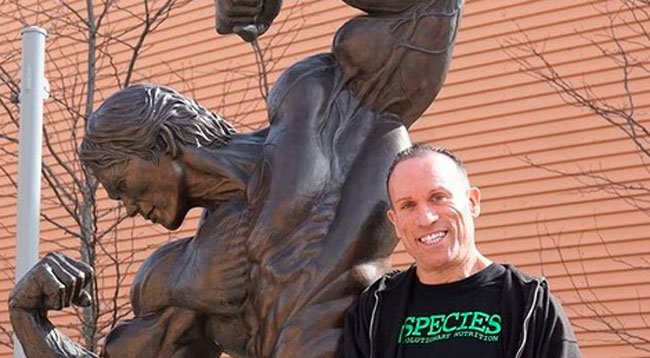 RXMuscle’s Dave Palumbo has just recently confirmed that he has papillary thyroid cancer.

Anybody that is either a bodybuilding fan or competitor is surely familiar with Dave Palumbo and his contribution to the sport of bodybuilding and fitness.

From his beginnings as a top amateur bodybuilder to building one of the top bodybuilding media portals in the business, Dave has literally dedicated his life to this crazy sport.

After retiring from the sport of bodybuilding, Dave has promoted a life of healthy living in numerous YouTube videos and discussions throughout the years.

Unfortunately, even the healthiest person in the world cannot hide from the dreaded disease called Cancer.

Just a few weeks ago, at a routine check, Dave was informed that he had a suspicious growth in his thyroid.

Thankfully, one of Dave’s childhood friends, who is a doctor, immediately did some tests and gave him the results just a week later.

While Dave was celebrating his birthday, he received the results, unfortunately it was not the answer he was looking for.

Dave announced his diagnoses to all his followers on his popular YouTube channel and social media.

Thankfully, Dave is not a negative person and he is looking forward to making a full recovery.

“I called (the doctor) up, and he said ‘It came back as papillary cancer,’” Palumbo explained.

“If you’re going to get a thyroid cancer, that’s the one you want. It’s very treatable. Obviously, I have a very small nodule.

“They were actually very surprised at the lab that it was the size that it was. It was only 10 millimeters… usually they don’t catch them.”

“I caught it very early. It seems to be located to one lobe. My lymph nodes don’t seem to be involved… So that’s good news,” Palumbo added.

Palumbo goes on to say that he is going to be continuing with his own self medication, which he will be documenting. In a perfect world, he says that by the time he goes to see the specialist, the nodule will have disappeared.

“You hear the word cancer and you think death. It’s not a death diagnosis. What it is, is you’ve got something in your body and you’ve got to address it,” he said.

Evolutionofbodybuilding.net immediately contacted Dave to give him the support he deserves. Just as Dave believes, we are sure he will make a full recovery and win this battle.