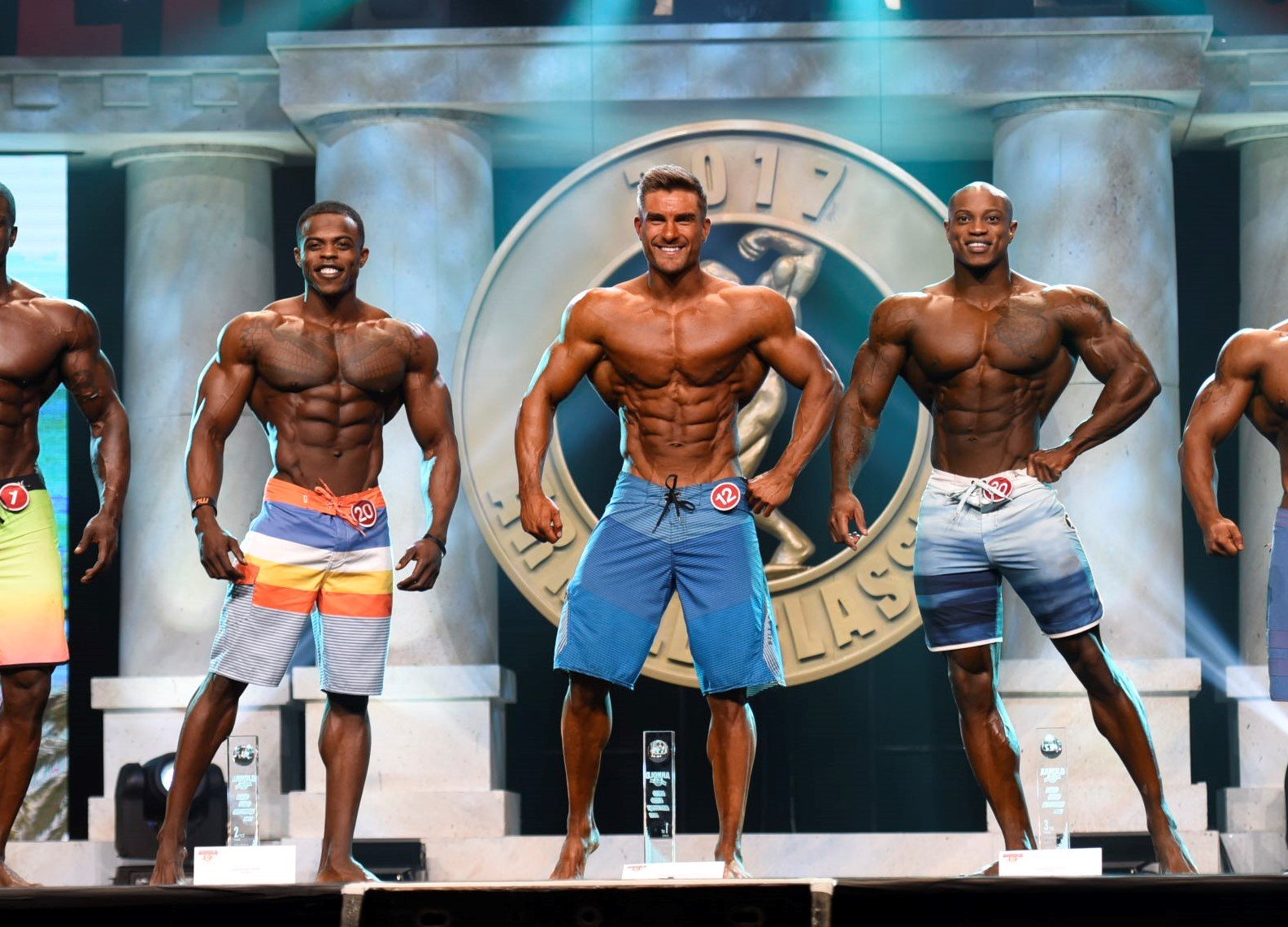 Ryan Terry of England outlasted a field of 35 competitors to win the Arnold Classic Men’s Physique for the biggest win of his three-year career in the IFBB Pro League. Terry received congratulations from Gov. Arnold Schwarzenegger, $5,000, a Tony Nowak Official Champions Jacket and the champion’s trophy from Jeff Howe of Optimum Nutrition and Catherine Colle of Midway Labs USA. Terry was fourth in Columbus in 2016. 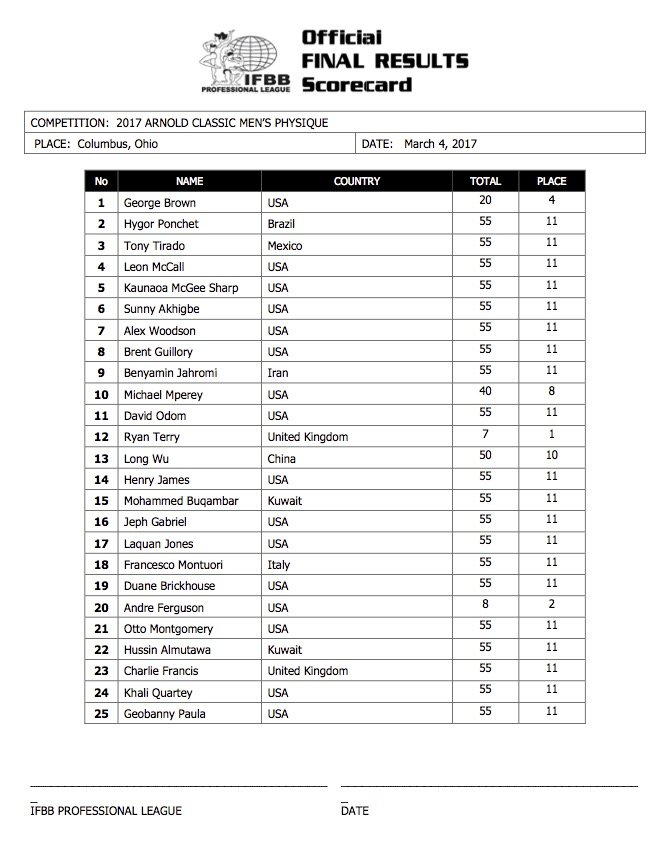 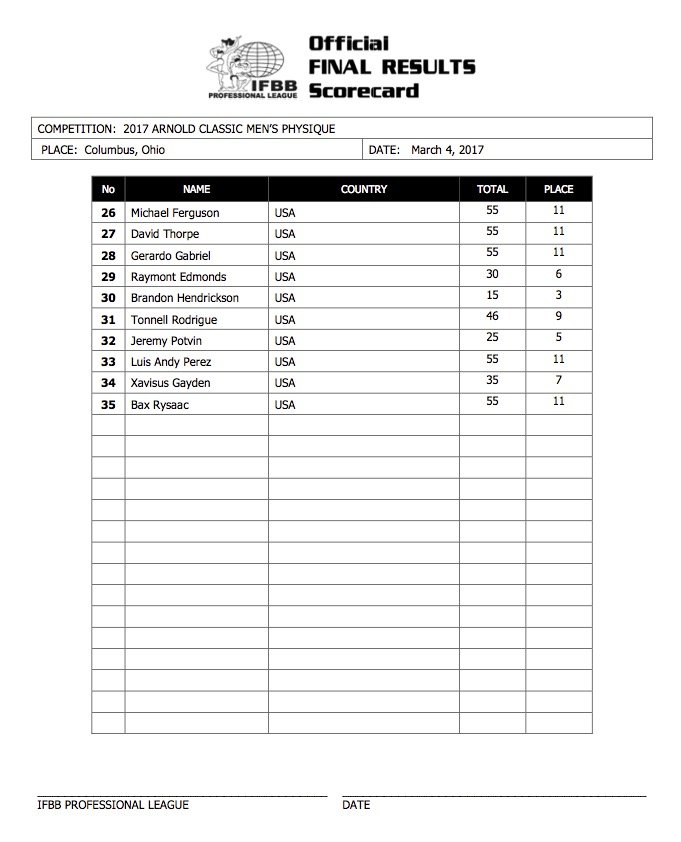