1983 Mr. Olympia Samir Bannout has always been outspoken in the sport of bodybuilding.

In recent months, Samir’s views about using ‘gurus’ and methods to get bigger faster has been increasing dramatically.

The subject of bodybuilding ‘gurus’ is what Samir talks about the most on his official Facebook and Instagram pages.

Bannout has been telling his followers to stay away from the ‘guru’. Samir is totally against their methods and believes they are putting athletes in danger and making them live a miserable and unhealthy life.


A number of other prominent figures have also expressed their opinion on certain methods being used today.

It is very strange that not other media challenged Samir about his comments.

Either they believe Samir is right or they are just pushing him aside.

Even the ‘guru’ themselves, what do they think about these comments?

As it looks, Samir is not looking to stop his campaign against the modern day ‘guru’.

“If you wanna get ill, have a miserable future, live a unhealthy lifestyle, then go ahead and follow those gurus of today…they’re FAKE & rootless, lying up to their ear to you…That or they’re simply stupid. Look around you, check things out you’ll find out that I’m telling you the truth!! – Samir Bannout – Facebook 9 December 2019

Was there drugs in that equation back then..? Yes, there was, but not even 2 % of what’s being used today!! Today, the new school of bodybuilding prioritizes drugs over EVERYTHING!! And for what, are they building better bodies…?YOU TELL ME!! Are the physiques being built worth risking your life and health? – Samir Bannout – Facebook 6 December 2019

My dear friends!! I sincerely want to let you know, that following the newer pattern to build your muscles & rushing to get massive the wrong way, can cut your life in a half… I I know this may sound aggressive to you, but I really do want to help you here… look around you, kids are dropping daily on the hands of those deceivers, those selling you n advising you to do insane stuff, it’s all unnecessary and extremely harmful to your health, besides making your physique looking horrible… please trust me on that!! – Samir Bannout – Facebook 5 December 2019

Even looking smooth n fat in the good old school days, still better than looking pregnant like in bodybuilding of todays !! I meant it… it’s the truth!! – Samir Bannout – Facebook 19 November 2019

Looking like a 900 pound gorilla is completely unnecessary, it’s about time your gurus ( those that created the problem ) find a solution for this madness … it’s simply disgusting!
YOU MUST CHANGE ROUTE! – Samir Bannout – Facebook 4 November 2019

Neither one of us was a scientist… we just trained hard n didn’t complicate things…Stop complicating thing for yourself by listening to those that’s never been there!! BTW, the great Sergio Oliva R.I.P. was the biggest with the tiniest waist you can imagine, it was all done the old fashioned way… yes, it’s called the Oldschool way!! Get back to basics!! BTW, not everyone can match Sergio greatness of course, but I guarantee you, there was zero % fake crap in his body… 0% local oils 0% GH …0% insulin…hmmm, maybe your gurus looks better than Sergio… oh really… SHOW ME!!? – Samir Bannout – Facebook December 2019 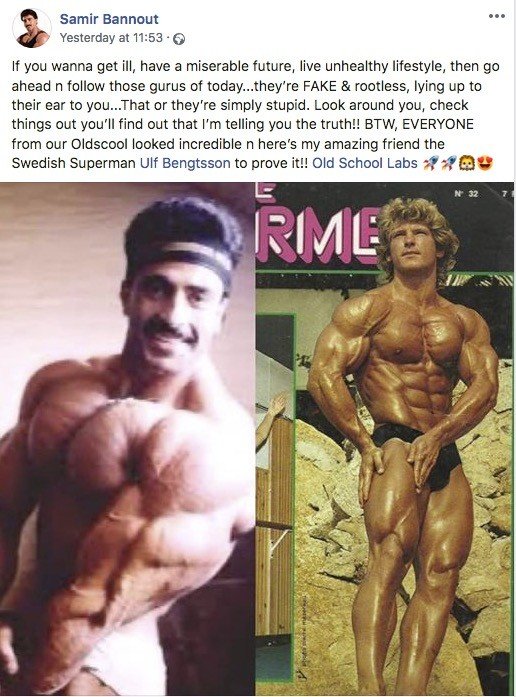 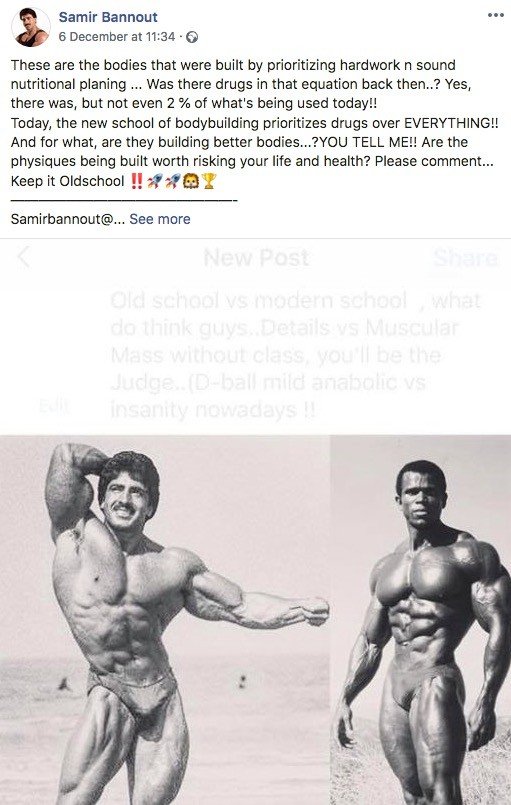 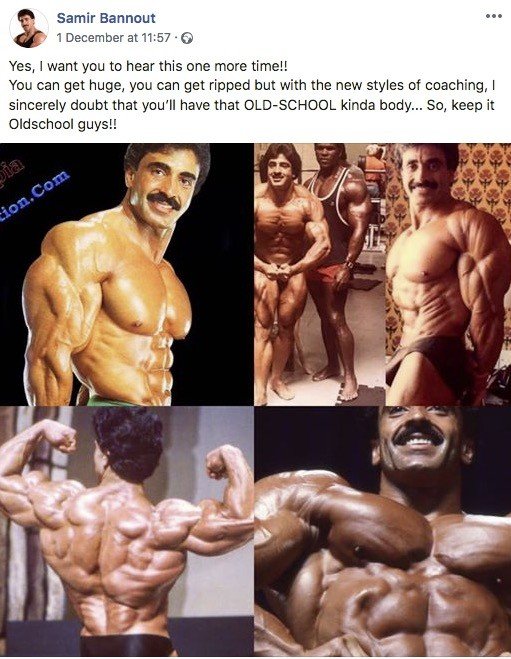 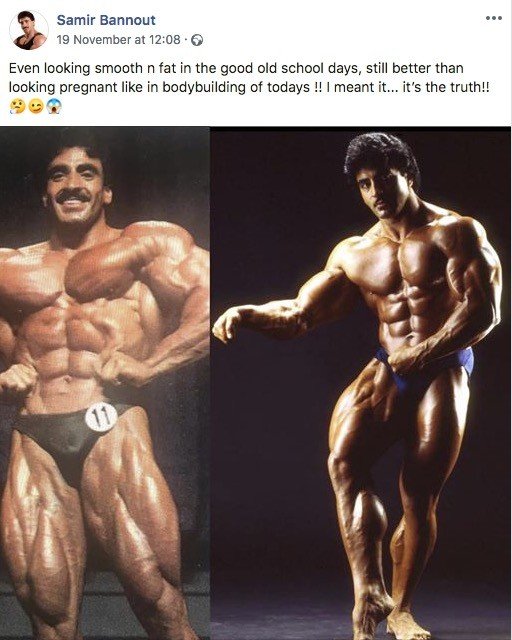 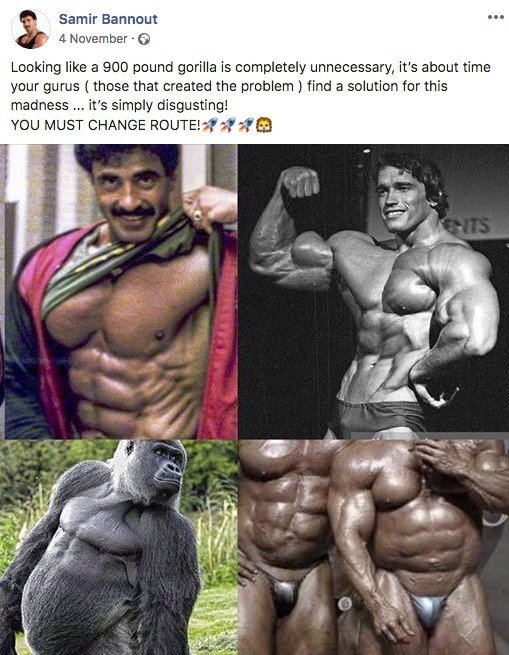 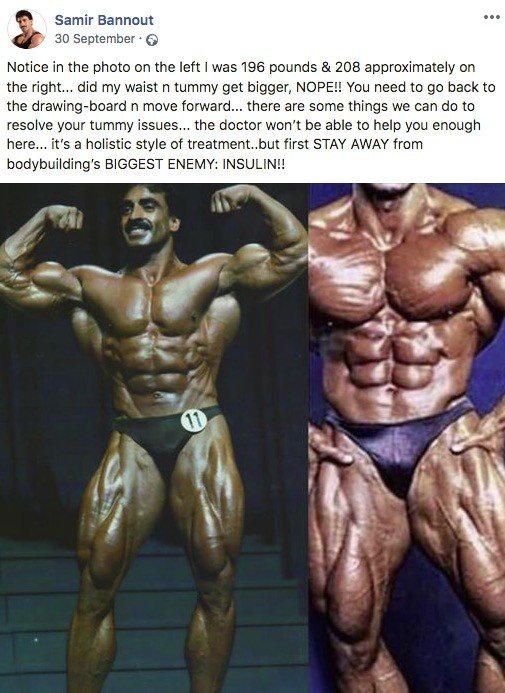