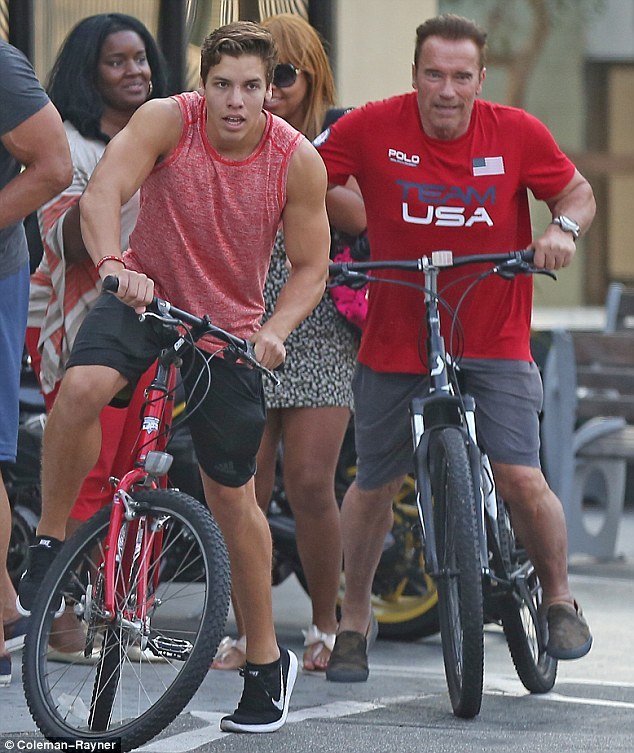 Arnold Schwarzenegger and son Joseph Baena went for a bike ride after they trained together on Thursday evening.

Genetics surely rubbed off on Joseph as he is resembling Arnold in every way. Just imagine if this kid took training seriously.

Arnold looked was enjoying every minute with the time he had with his son.

Joseph is theArnold’s child from an affair he had in the 1990’s with his housekeeper Mildred Patricia Baena.

The actor was married to Maria Shriver at the time it occurred and Patty fell pregnant with Joseph in 1997.

It only came to light that Schwarzenegger had fathered a love child in 2011, when Maria, 60, ended the marriage and moved out of their home.

The actor himself was unaware he was Joseph’s father for many years, and told 60 minutes that it wasn’t until the boy ‘started looking like me, that’s when I kind of got it. I put things together’.

Whatever the situation, its great to see Arnold spend time with all his children. 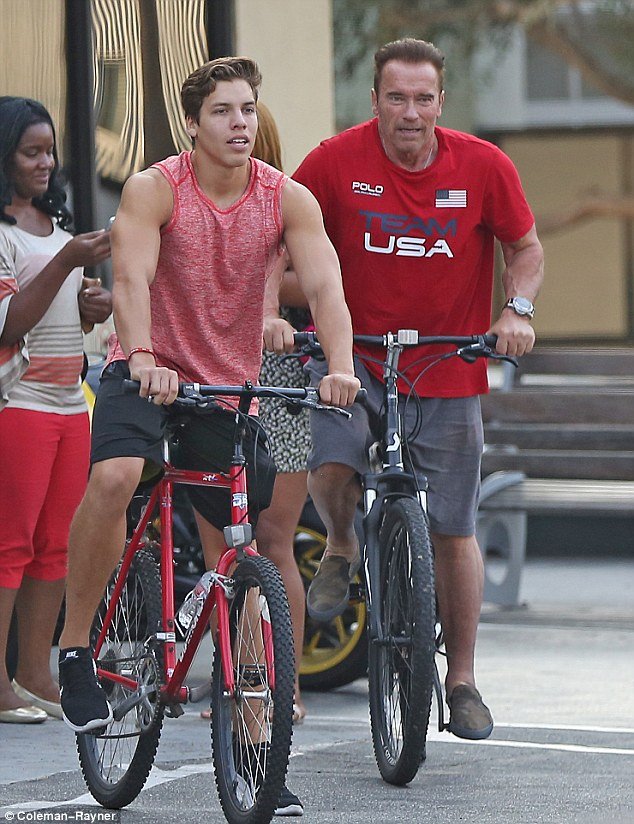