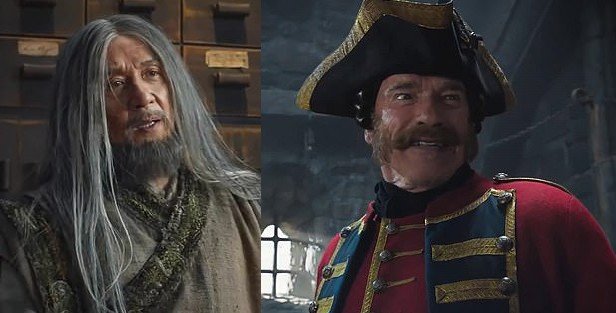 If you ever wanted to see two mega action stars work together in a film, now is your chance.

Bodybuilding legend, Arnold Schwarzenegger and martial arts expert Jacki Chan go up against each other in their new film ‘Iron Mask‘

At the 2017 Arnold Classic Europe, Arnold Schwarzenegger talked about this film during his ‘Arnold Meet The Fans’ at the expo.

Evolutionofbodybuilding.net’s Kevin Grech was at the Meet Arnold seminar when Arnold made this announcement.

Arnold revealed that he was working on a film with his good friend Jackie Chan and he is very excited about this project.

Jason Flemyng and Charles Dance will both reprise their roles from Forbidden Kingdom in The Iron Mask. The film first released in China on Aug. 16, 2019 and later released in Russia on Sept. 21, 2019.

Directed by Oleg Stepchenko, The Iron Mask and will release both in theaters and digitally in the United States on April 10. The film’s script was written by Stepchenko, Dmitri Palees and Alexey Petrukhin.