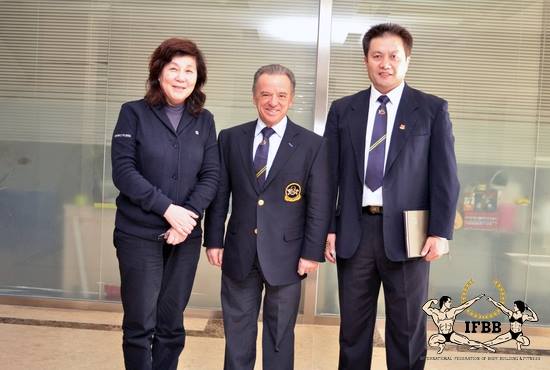 The event will be celebrated between 27-31 October, 2014 in Lian Yungang City, China, including Men Bodybuilding categories.

The IFBB Ben Weider Diamond Cup, which first edition was held in the Olympic Velodrome, in Athens, will take place in its second edition in China, organized by CBBA (China Bodybuilding Association)

The event is a Pro Card Qualifier for the overall winner of the Men Bodybuilding category.

CBBA is a very active member of the IFBB, that recently held its Executive Council member elections, with Mr. Zhang Haifeng as President, Ms. Liu Beijian as Vice President and Mr. Gu Qiao as Secretary-General.