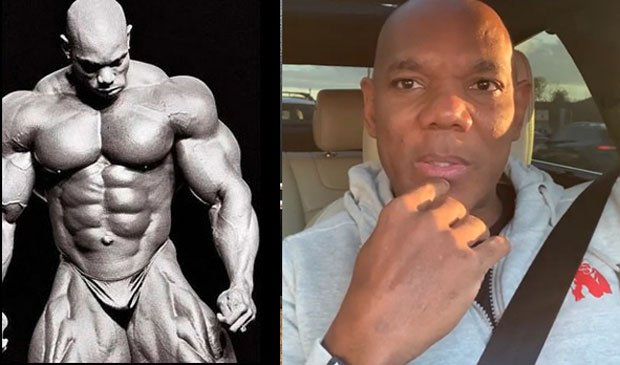 Legendary bodybuilder Flex Wheeler is experiencing a very difficult time in his life.

Life has not been easy for Flex as he described numerous times via his social media following major surgery to amputate part of his right leg.

Flex Wheeler has described the mental and physical pain that he is going through since his operation.

In his latest post on his official social media pages, Flex published very sensitive footage of the enormous wound that he had in his right leg.

In an open letter to his leg titled “A message to my right leg”, Flex describes the suffering and close to death experience he had trying avoid getting part of his leg amputated.

Flex Wheeler’s post gives the reader a indication of what he is going through mentally and physically.

Many believe after such an operation, all would be better for Flex. Perhaps he is slowly getting better physically but mentally the trauma is still fresh.

With the media continuously re-posting photos of Flex at his best, nobody can come close to feeling the pain as Flex is, while he is seeing these photos.

I was in the hospital with you from March 2019 to July 2019 we were even in a coma for 10 days together. I just want you to know, I fought SO HARD for over 8 months trying to save you.
All the pain and Suffering, even to the point of shutting down my kidney for months taking harmful medication wasn’t enough to save you.
I gave it everything I had even to the brink of losing my life. But it wasn’t enough to save you. IM SORRY for letting you down. Thank you for over 54 years of service, we did some amazing incredible and unforgettable things together.
_____