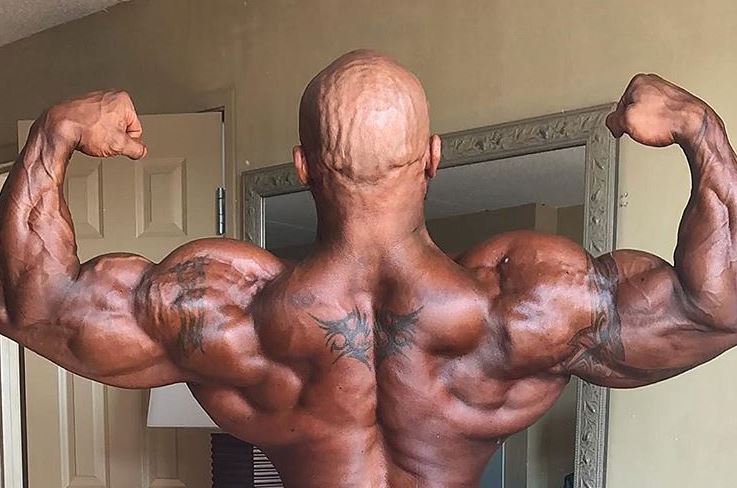 The 2018 Chicago Pro has come and gone but the debates and discussions after the show has continued.

Sergio Oliva Jr was the favorite to win the  2018 Chicago Pro, but he had to settle for second place to the defending champion Michael Lockett.

Lockett’s upper body condition is just incredible and Sergio Oliva Jr had a great battle on his hands. The same cannot be said for Lockett’s legs. Plagued with serious knee and back injuries, Lockett explained in detail after the contest.

Sergio was the clear winner when it came to leg size and it seems the judges focussed on condition rather than the overall look, balance and condition.

With all the reviews and debates, Sergio decided it was right to explain in detail what happened before and during the show regarding his condition.

This is what Sergio Oliva Jr. had to say:

I think some people don’t understand the difference between “Not being conditioned” and “Nailing your condition” timing. In most pros shows you get judged twice. Once in the morning and once at night. Unfortunately I’m always my best later in the day (night). Since no one cared or followed me before NY they don’t know I was actually losing prejudging in New York just like Chicago but because I was able to come back HOURS later at night I tightened up and pulled that Win out.

But this was a different show. Prejudging was so fast and I didn’t get worked over and over like I did before which I need as anyone will tell you I get better the longer I’m out there and on top of it then the night show started 2 hours later at 4pm. So unfortunately the show was decided in the morning. And anyone who follows me knows I’m up till 3-4 am so that early prejudging my body just wont ever peak. I don’t care about any haters that finally have something to say about me. (In fact I’m glad y’all are back because I need you guys lol). But because I was holding water and didn’t fill out now all of a sudden I’m not a good bodybuilder and wasn’t in shape? 🤔Def not the case.

It wasn’t lack of hard work or anything like that either. Just the last day timing of food and water. But I do want my followers to understand the differences and learn this sport cause I feel that’s the biggest problem is the ignorance of what’s good or bad. So this is my back literally 3 min before I went down for the night show cause @therealtechnician wanted a quick pic to see how we were filling out. Unfortunately it didn’t matter.

So I don’t like that I never got to stand alone with Mike at night and battle it out like I did with Jon in NY and the fans def deserved it. But that’s bodybuilding. You can’t always control everything. You can only adapt or plan certain shows around what’s best for you. And if you think Chris and I won’t adapt then you don’t know who the technician is… #TeamAceto#OnlyWinsCauseOfHisName  –Sergio Oliva Jr. 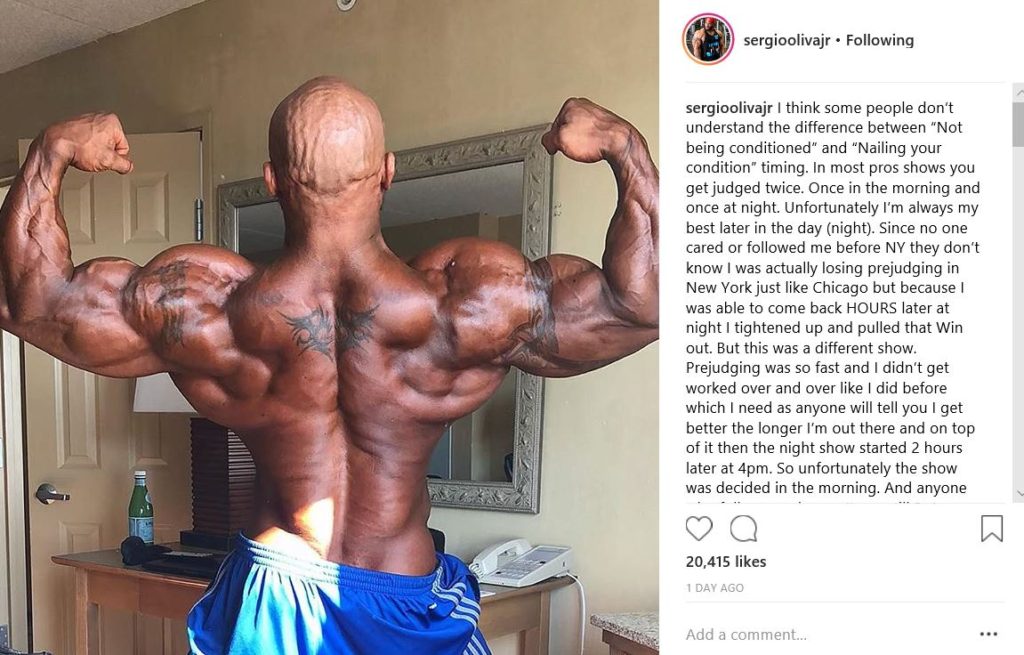 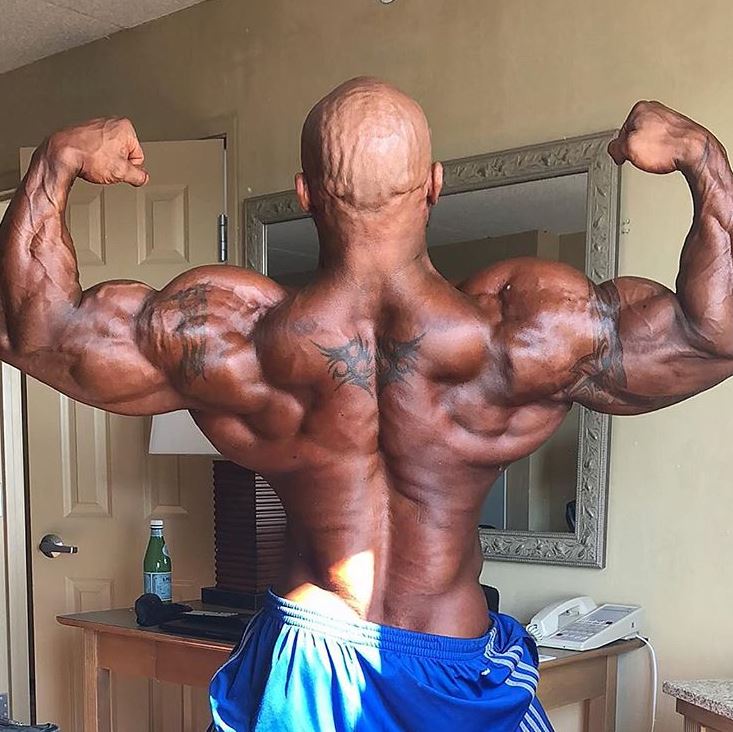