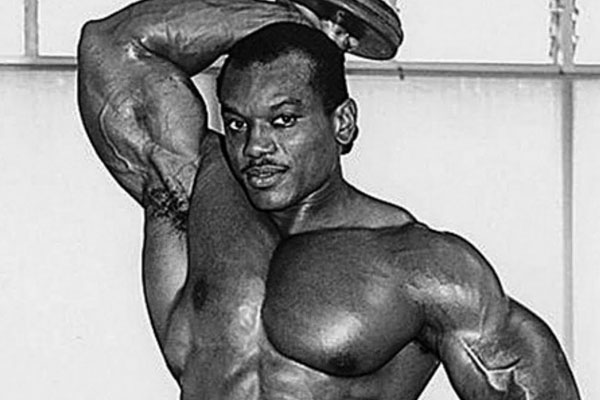 Sergio Oliva (July 4, 1941 – November 12, 2012) was a bodybuilder known as “The Myth”. This name was arguably given to him by bodybuilder/writer Rick Wayne but Oliva himself has doubted this claim. Supposedly Wayne had begun calling Oliva “The Myth” “(because everyone who saw him at the 1967 Montreal World’s Fair said he was “Just unbelievable”)”

Oliva was born in Cuba on July 4, 1941. At 12, he worked with his father in the sugar cane fields of Guanabacoa. When Oliva was 16, his father suggested that he enlist in Fulgencio Batista’s army. In the absence of a birth certificate, the recruiting officer took the senior Oliva’s word that his son was old enough to enlist in the fight against communism.

After losing the war to Fidel Castro, Oliva stayed local and took to hanging out at the beach. There, he met a fellow sun worshipper, who invited him to the local weightlifting club. After just six months of training Oliva was doing clean and jerks with over 300 lb and totaling 1000 lb in the three Olympic lifts at a bodyweight of 195 lb, considered a middle-heavyweight.

In 1962, the National Weightlifting Championship for Cuba was won by Alberto Rey Games Hernandez; Sergio Oliva took second place. Because Games received an injury, Oliva was chosen to represent Cuba at the 1962 Central American and Caribbean Games hosted in Kingston, Jamaica.

During his stay in Jamaica, Oliva snuck out of his quarters while the guards were distracted. He ran at top speed until he was safely inside the American consulate. Arriving breathlessly, he demanded and received political asylum. Soon, 65 other Cuban nationals followed him, including Castro’s entire weightlifting team and their security guards. Soon afterward, Oliva was living in Miami, Florida, working as a TV repairman. 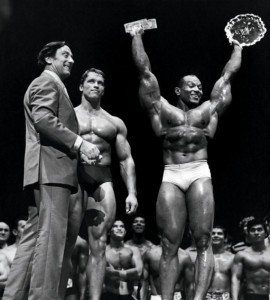 In 1963 Oliva moved to Chicago, Illinois. There he worked at a local steel mill and began working out at the Duncan YMCA. Working 10-12 hour days at the steel mill and putting in another 2.5–3 hours at the gym gave Oliva very little time for anything else.

Soon the bodybuilding grapevine was abuzz with gossip about a Cuban powerhouse who lifted more than any of the local Olympic champs. Oliva won his first bodybuilding competition the Mr. Chicago and contest in 1963. Then he was successful again at the Mr. Illinois in 1964 but he lost in 1965 at the AAU Jr. Mr. America winning 2nd place even though he won the trophy for “Most Muscular”.

In 1966, he won the AAU Jr. Mr. America and again he claimed the trophy for “Most Muscular”. He then joined the International Federation of BodyBuilders IFBB in which he won both the professional Mr. World and Mr. Universe Contests. In 1967 he won the prestigious Mr. Olympia contest, making him the undisputed world champion of bodybuilding.

Oliva then went on to win the Mr. Olympia title three years in a row, at 5 feet 10inches and at a contest weight that went from 235lbs up to his most massive at 255lbs. Oliva’s 1968 Mr Olympia win was uncontested. A Guinness World Record that stands to this day. In 1969 he won his 3rd consecutive Mr Olympia by beating a Mr Europe, Mr International and Four time Mr Universe winner Arnold Schwarzenegger.

Arnold tells of their first encounter in his 1977 autobiography ‘Arnold the Education of a Bodybuilder’. “Then for the first time, I saw Sergio Oliva in person. I understood why they called him the Myth. It was as jarring, as if I’d walked into a wall. He destroyed me. He was so huge, he was so fantastic, there was no way I could even think of beating him. I admitted my defeat and felt some of my pump go away. I tried. But I’d been so taken back by my first sight of Sergio Oliva that I think I settled for 2nd place before we walked out on the stage… I never like to admit defeat, but I thought Sergio was better. There were no two ways about it.” 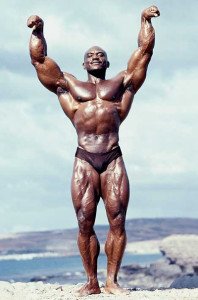 However, Schwarzenegger won his first Mr. Olympia title by edging the Myth the following year with a score of 4-3 when Joe Weider switched judges at the very last minute. Oliva was banned from competing in the 1971 IFBB Mr Olympia because he competed in the 1971 NABBA Mr Universe. This was extremely controversial because Schwarzenegger had competed for this very same contest the year before and without Sergio being a 3 time Olympia winner to challenge Arnold, many felt that the contest was fixed.

“I’d coasted to my second title as Mr.Olympia, in Paris in 1971. The only possible challenger had been Sergio-nobody else was in my league-and he’d been barred from the contest because of a dispute between federations.”
Oliva was permitted to simply guest pose at the 1971 Mr Olympia at an incredibly massive bodyweight of 255lbs. After this setback Oliva was fiercely determined to beat Arnold Schwarzenegger and prove once and for all that he was the world’s greatest bodybuilder. In 1972 under the High Intensity Training (HIT) of Arthur Jones the legendary designer of Nautilus training equipment Oliva challenged Schwarzenegger for the 1972 Olympia in Essen Germany. By all accounts Sergio was in his all-time greatest shape and completely confident he would regain the Mr. Olympia title at a reportedly super-ripped 250lbs. “But in Essen, it seemed like all the top Bodybuilders turned up at their very best except for me. Sergio was back, even more impressive than I remembered.”

Once again Weider switched the judges at the last minute and Arnold was declared the winner in what is to this day the most controversial bodybuilding contest of all time. “Compared with all of the other Bodybuilders I’ve ever faced, Sergio really was in a class by himself. I was struck by that again the minute we were onstage. It was so hard to look impressive next to him with those incredible thighs, that impossibly tiny waist, those incredible triceps.

After being disqualified from the 1973 IFBB Mr International that Sergio actually won, he severed all ties with the Joe Weider controlled IFBB and continued competing for other world bodybuilding federations. 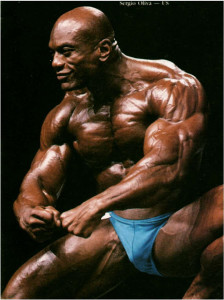 He won the World BodyBuilding Guild (WBBG)Mr Galaxy in 1972 & 1973, the WBBG Mr Olympus in 1975, 1976 & 1978, the WABBA Professional World Championships in 1977 & 1980 and the WABBA Professional World Cup in 1980 & 1981. After a 12 year hiatus from the IFBB, Oliva was invited back to the IFBB and came out of retirement to compete in the 1984 Mr. Olympia. Finishing in a very controversial eighth place, “the Myth” still sported an extremely impressive physique and V-Taper. Although he was not at his best, most bodybuilding experts and media at the time felt that he should have placed in the top five. In 1985 at the age of 44yrs old, Oliva returned for one last attempt at the famed Mr Olympia title. This time he was in incredible shape and most experts and people in the audience felt that he was again denied his rightful Mr Olympia title once again with another 8th place finish.

While Arnold Schwarzenegger dominated the bodybuilding world throughout much of the 1970s, in both media coverage and Olympia wins, most bodybuilding experts and historians still consider Sergio Oliva to have had the undisputed greatest physique of all time.
“Anyone who loves the sport of bodybuilding knows the name of Sergio Oliva, known as ‘the Myth’. I greatly admired him and consider him to be the all-time world’s greatest physique. I saw him in competition many times, including his shows against Arnold. There is no doubt that with his wide shoulders and narrow hip structure he was superior to any other Bodybuilder of his generation. Sergio was not only the most aesthetic bodybuilder on stage but also the biggest… Sergio Oliva is considered by most to be the world’s most genetically gifted bodybuilder… He set a whole new standard for competitive bodybuilding; loved by millions, revered by many and feared by some. He was so huge and extremely proportioned that he used to bring chills to his adversaries. This is how he acquired the name of the Myth.” Robert Kennedy, Best Selling Author, Editor and Publisher of MuscleMag International.