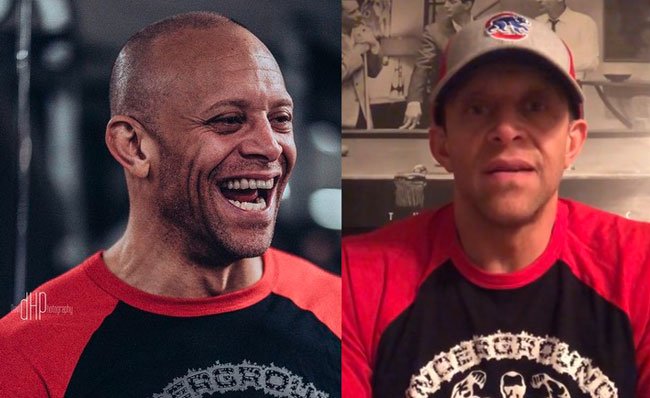 The bodybuilding world, especially in the NPC/Pro League have been rocked with the shocking news about Underground Athletes’ Mandus Buckle.

Nick Trigili, recently published a video on YouTube revealing that Mandus Buckle aka Hermandus Buckle has been allegedly kicked out of the NPC/Pro League, due to serious allegations related to female athletes.

The NPC/Pro League have have yet to publish a press release related to this matter.

It has also been reported that Mandus has been kicked out of the two gyms he usually attends with his clients and to train.

Sources very close to Evolutionofbodybuilding.net have also confirmed that a number of female athletes and gym attendees complained to gym owners about Mandus, but unfortunately no action was taken in the past.

Many believe the reason for this was that Mandus generates good business for these gyms and gym owners were hesitant to stop him.

All these allegations will seriously affect his coaching business under the name of Underground Athletes and his media affiliation with the NPC/Pro League in regards to his website Maximum Muscle Report.

Nick Trigili revealed the serious allegations from a number of female athletes that Manudus has been ‘taking advantage’ of them while he was coaching them.

Immediately after Nick published this news on his Instagram page, female athletes backed the story by admitting the allegations are true.

According to the messages published by the female athletes and their friends, this has been going on for a number of years.

A father of one of Mandus Buckle’s former clients also confirmed that she was ‘taken advantage’ of.

According to the report, some of the women even went to the police. A number of female athletes have also reported Mandus to the NPC/Pro League, but unfortunately, no action was taken in the past according to the athletes concerned.

Many are asking, why keep quiet? The victims were scared that they would not progress within the NPC/Pro League if they exposed Mandus.

Lee Priest also was involved in the discussion, he encouraged the female athletes and their relatives and friends to speak out and expose Mandus.

Unfortunately, Lee deleted his posts, but luckily Evolutionofbodybuilding.net has the screenshots and they can be read at the end of this article.

The sport of bodybuilding and fitness should have zero tolerance for such actions.

It has also been reported that a numerous amount of female athletes have had their bodybuilding and fitness career’s tarnished by these actions.

This is not the first time Mandus Buckle made the headlines in the last couple of months. Ten days before the 2020 Mr. Olympia, his star athlete Brandon Hendrickson cut ties with Mandus as his coach.

Until publishing this article, Mandus Buckle has kept silent about these accusations. 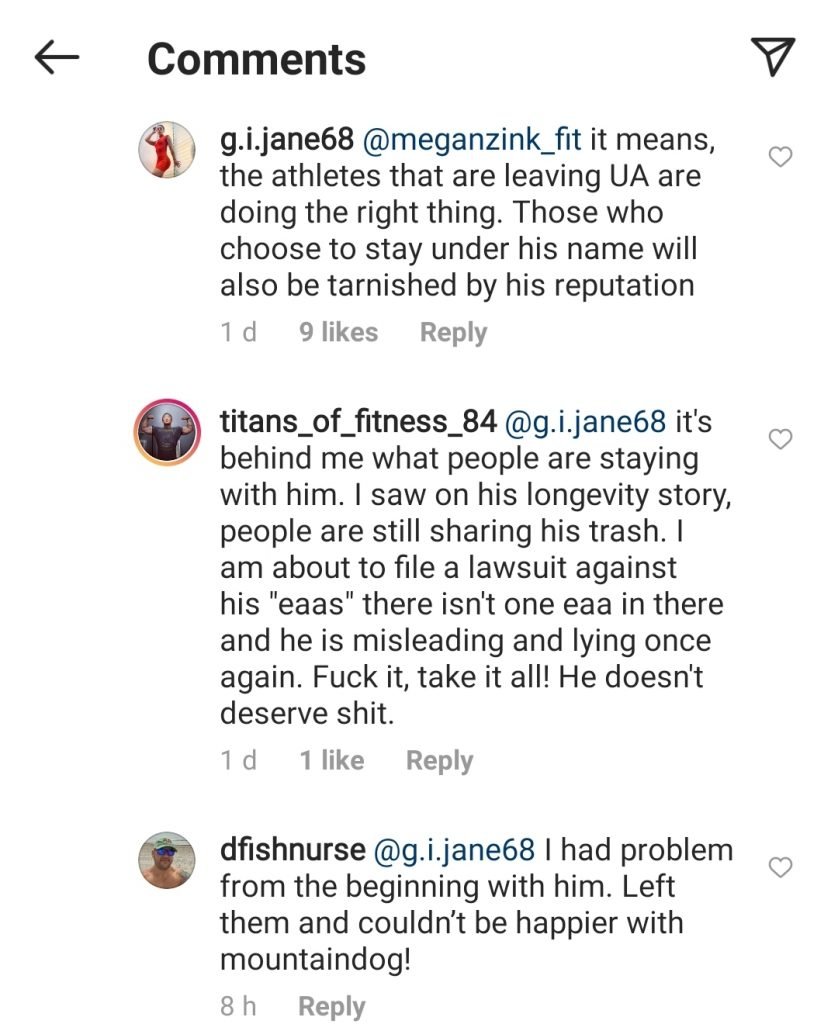 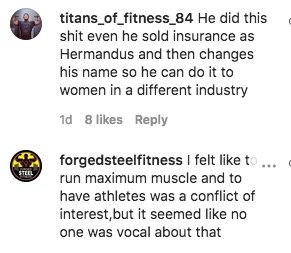 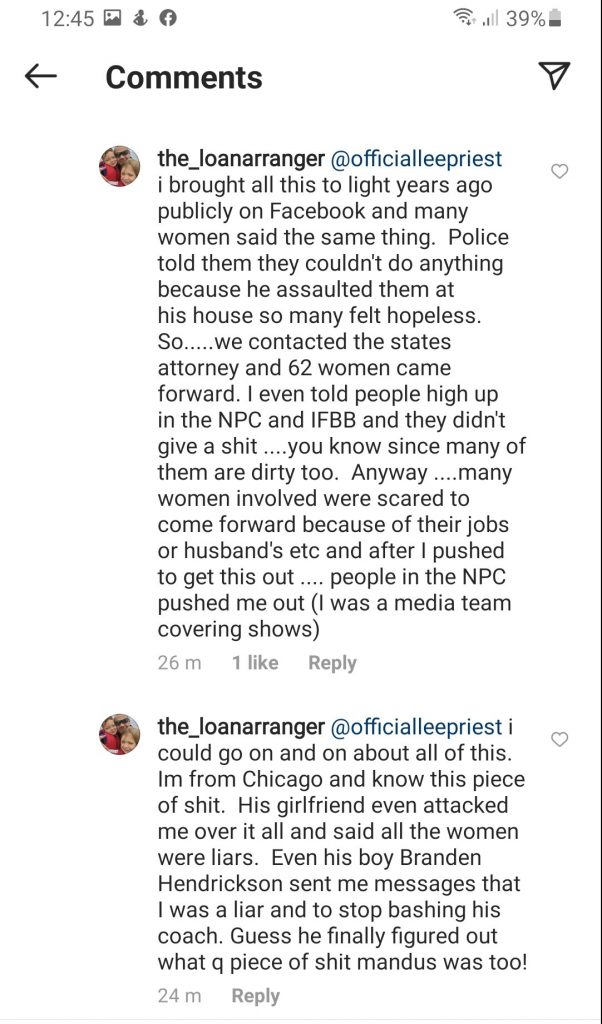 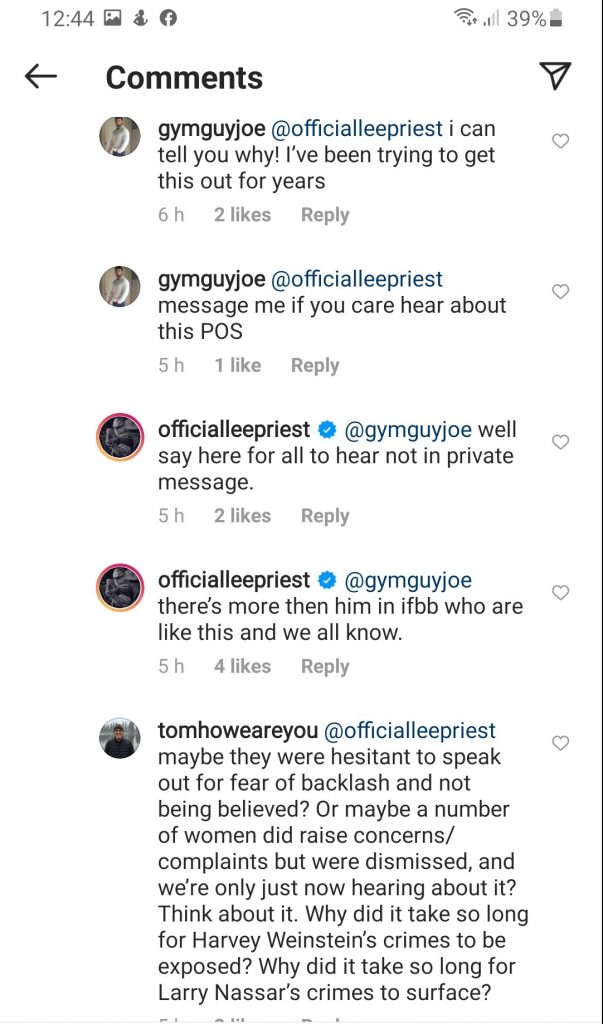 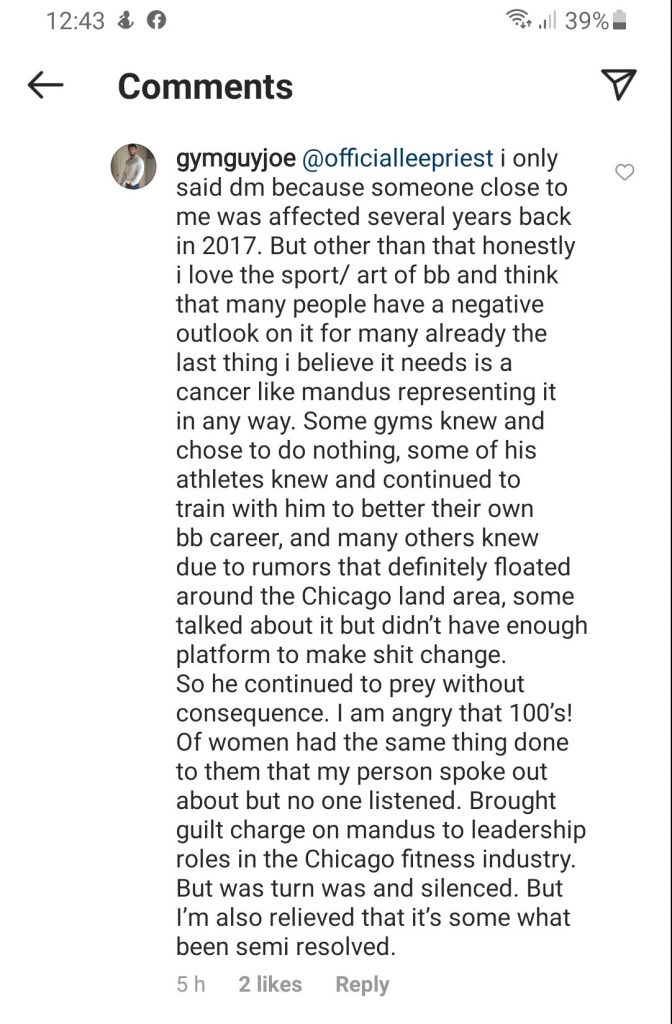 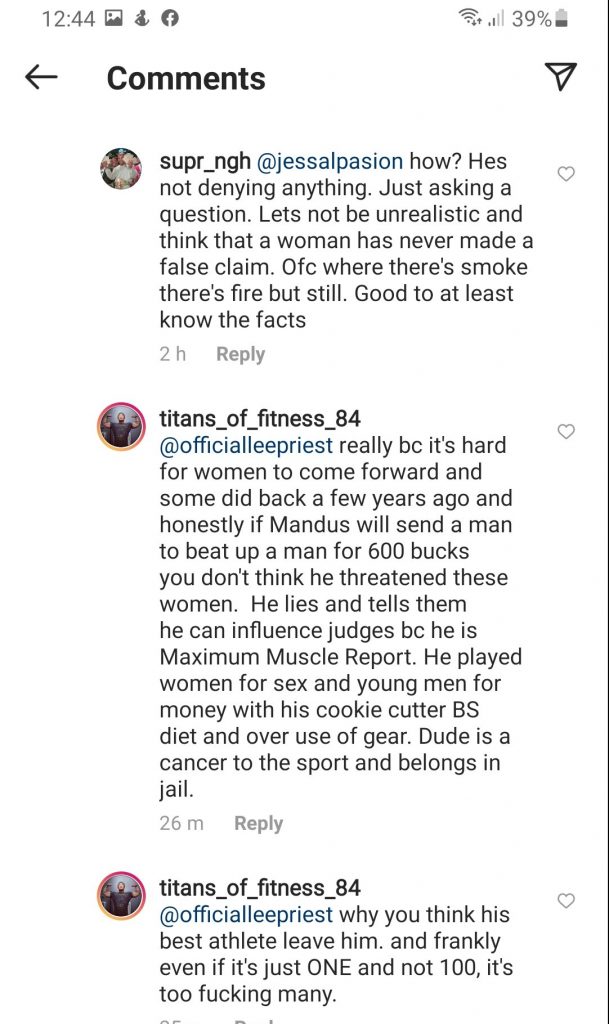 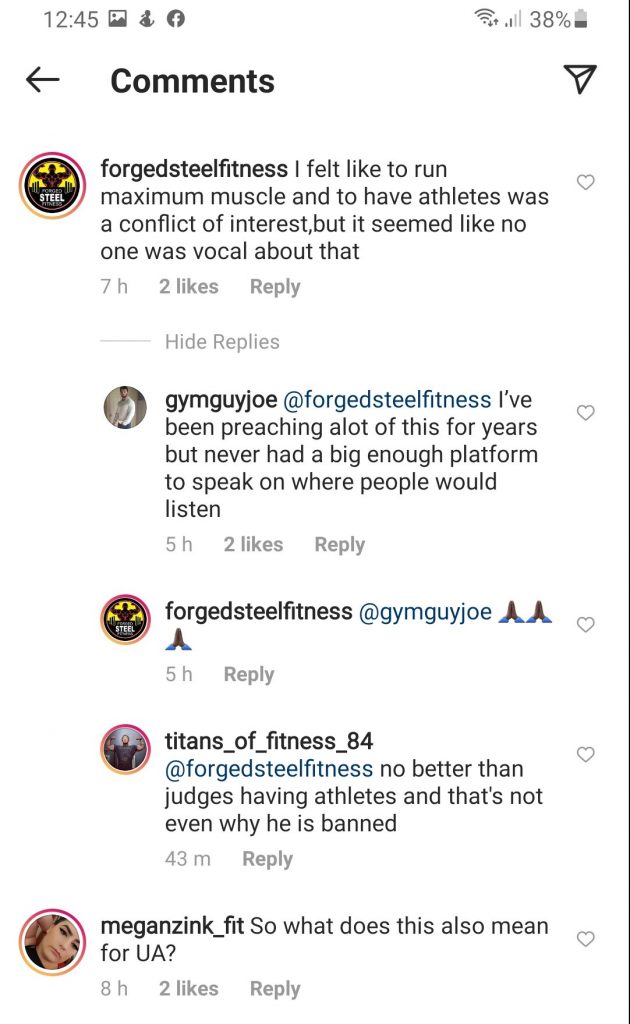 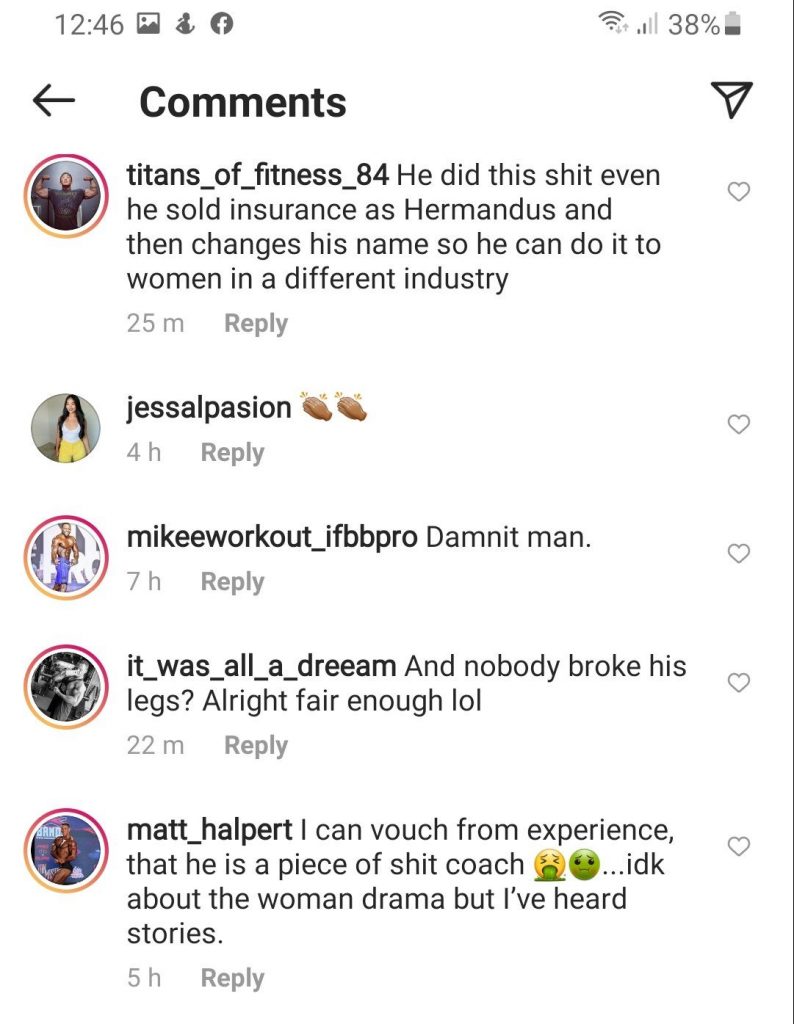