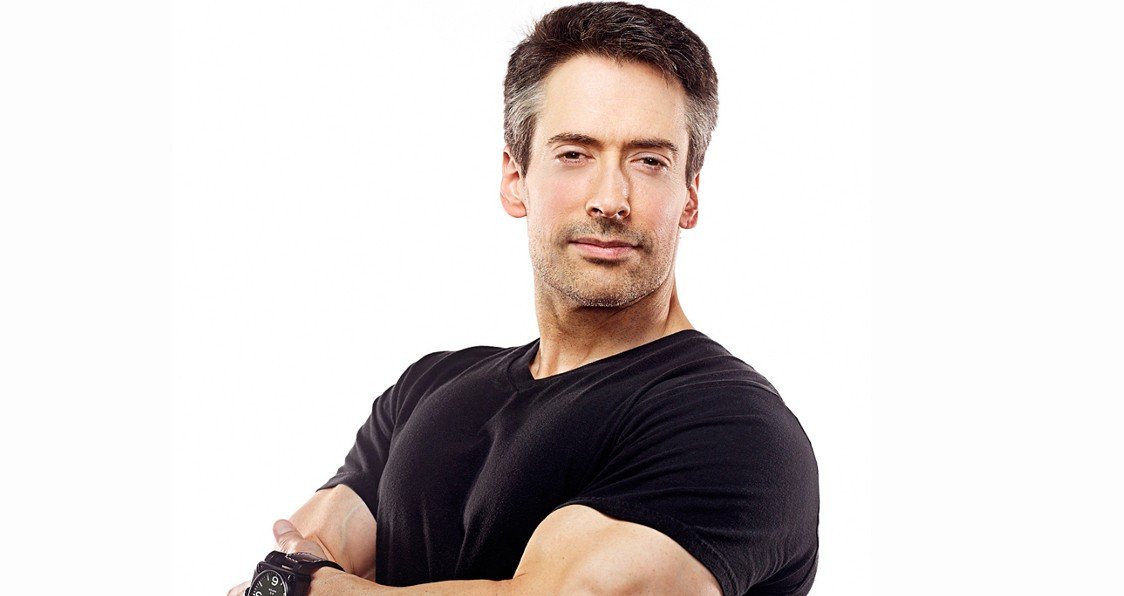 Early reports have been circulating through the fitness community as Shawn Perine, Editor-in-Chief of the magazine Muscle & Fitness as well as Men’s Fitness, has reportedly passed away at the age of 51 due to complications from cancer.

The story is still developing, but already Arnold Schwarzenegger has posted on social media expressing his sadness after hearing the news.

Our thoughts and prays go out to Shawn Perine, his family and friends. 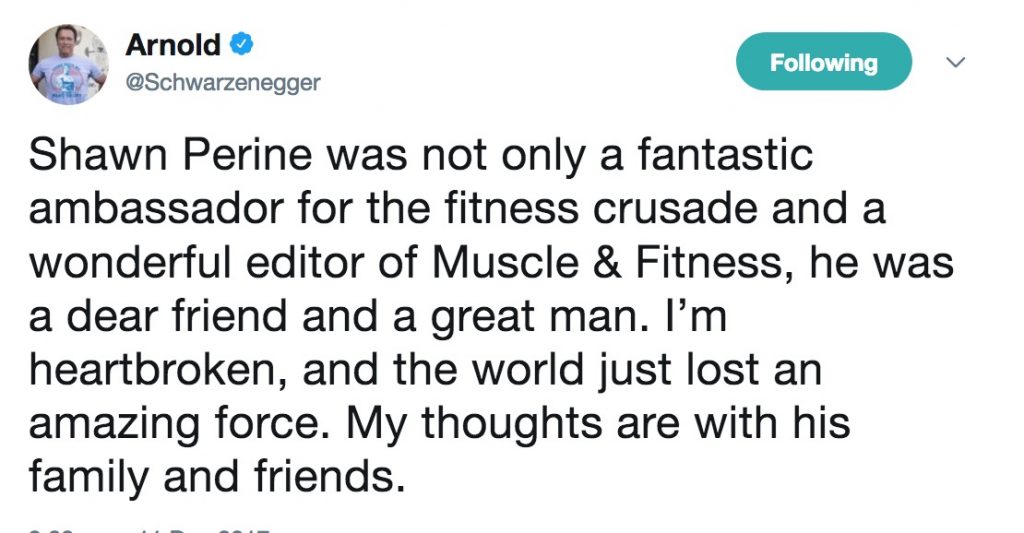 As Editor-in-Chief of Muscle & Fitness magazine, Shawn Perine practices what he preaches, training five days a week while sticking fastidiously to a sound nutri…tional plan of his own design, something he’s been doing for more than 30 years.

Shawn first developed an interest in bodybuilding after seeing Arnold Schwarzenegger, Lou Ferrigno and Franco Columbu lifting and competing in the documentary film “Pumping Iron.” Shortly after, his father purchased him a copy of Muscle Builder magazine (now Muscle & Fitness), and with a single glance he was immediately hooked.

At the age of 13 Shawn dedicated himself to reading every book on weight training he could get his hands on and committed himself to exercising five days a week while forgoing the kinds of treats most kids his age made a part of their daily diet. A naturally skinny kid, he increased his strength and athleticism to the point where he broke his high school’s records for pullups and situps as a sophomore, junior and senior.

In the 1990s, Shawn turned his passion into a profession, starting a gym newsletter publishing business with his father and promoting the 1990 NPC Diamond Cup Classic bodybuilding competition at Long Island’s Hofstra University. In 2002, he launched the classic bodybuilding site, ironage.us, which garnered the interest of former Flex magazine editor-in-chief Peter McGough, who asked Shawn to freelance for the magazine, the first issue of which he bought at a newsstand in 1983. Freelancing lead to a senior writing gig and a cross-country move, from New York City to Los Angeles, where Shawn would work in the hallowed Weider offices, under the tutelage of Weider Publications founder Joe Weider himself. Over ensuing years, he would get the chance to work with Schwarzenegger, Ferrigno and Columbu, among other legends of bodybuilding — a boyhood dream come true.

In 2011, Shawn jumped at the offer to move back to his home of New York to helm Muscle & Fitness, and in doing so continue the mission of his mentor, Joe Weider, by doing his part to spread the gospel of health and fitness to the world. At 47, he considers himself to be in the shape of his life, and he intends on continually improving well into his 100s. See More

Personal Information
While Shawn has worked primarily as a writer, editor, and fitness advocate over the past decade, his background is in graphic design. With a degree in architect…ure from NY Institute of Technology, he set off on a design career in which he began with furniture, continued on with jewelry, then migrated to graphics. As an art director he worked at Brooks Brothers, Polo Ralph Lauren, and managed accounts for Hanes, L’eggs, and Biotherm.

Totally unrelated is Shawn’s interest in paleontology. In the early 1990’s he interned in the American Museum of Natural History’s vertebrate paleontology department, spending the bulk of his time working on the fossils of a little lemur-like primate named Notharctus tenebrosus. At the same time he tried his hand at acting, appearing in a few commercials, on several TV shows, and in the play “Breakfast With Les and Bess.”

Throughout it all, Shawn hit the gym 5 days a week.

Editors Note: I never met Shawn, but I know what it means to lose a colleague at work. Literally driving the person home and he passes out when he walks through his front door. It is not a nice situation seeing an empty desk at work when you spent so many years working together. I have been reading all the posts of Shawn’s closest friends in the industry and it shows he was a great man and truly loved by all. RIP.