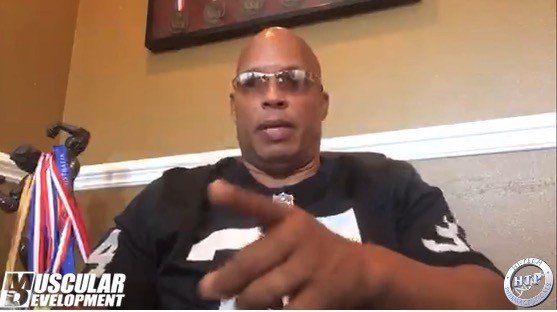 The comments MuscleInsider are referring to are from Shawn Ray’s review of the 2017 Vancouver Pro show.

This can be seen on his show Shawn Ray Unleashed.

Evolutionofbodybuilding.net asked Shawn Ray what he thinks about MuscleInsider’s comments towards him, and he said this:

“Keep doing you’re thing. Everyone hates a critic but without one you will be the next Branden Ray who believes their Fans and you will be happy with 5th place. Prove me wrong. You’re potential is better than that of Lockett but there’s work to be done and a long way to go. Not sure what part of “He’s a Good Bodybuilder not a Great One” that people misunderstood but in this line up, that’s my assessment and the results back that up, nothing personal. As far as being “Memorable?” That’s up to you.”  – Shawn Ray

These outbursts against Shawn Ray will not stop him from being a hard critic when it is needed more than ever in this sport.

Many young bodybuilders just want to hear how good they are, but in reality they need somebody to tell them the real truth to improve and that comes in the form of Shawn Ray.

Yes, sometimes Shawn can sound a bit hard, but if you really listen to what he is saying, he means good.

Jumping from the amateur scene to the pro ranks is a big step, and the criticism will be bigger as well.

I have seen him personally grab a IFBB Pro to the side to give him posing advice to help him improve. He spoke to him calmly and in a way the athlete could understand him.

Now, its about time these athletes toughen up and just take the criticism, instead of crying to their sponsors or management. All this crying is not going to make them a better bodybuilder. Hard training, proper posing and improvements from one competition to another will.