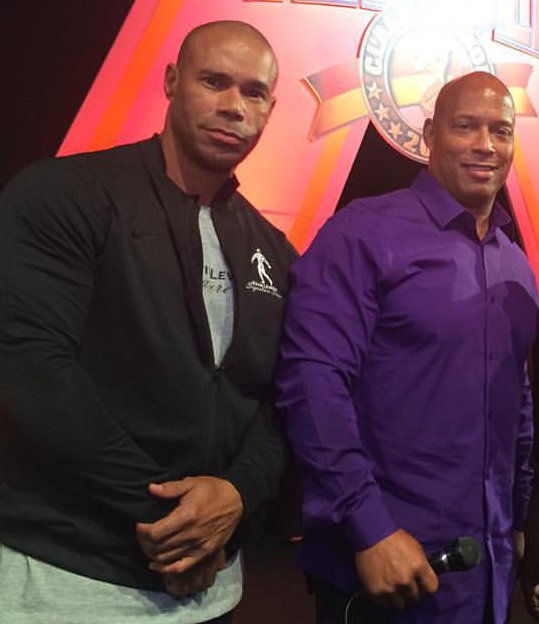 The American bodybuilding star Shawn Ray will make an appearance at the Levrone Pro Classic gala – the first professional bodybuilding gala in Poland – taking place in February. Shawn will host the gala and give seminars. This will be the first such opportunity, as bodybuilding stars of this caliber have never before appeared in our country!

During his career, Shawn Ray has entered over 30 competitions, with several victories in the Arnold Classic and no worse than the 5th place in the Mr. Olympia competition for 12 years running! Many experts believe that he deserved to win at least one title for his incredible muscle definition. It is said that he came closest to the title in 1996, when he placed second behind Dorian Yates. In 2007, he was introduced into the IFBB HALL OF FAME.

Tickets for the Levrone Pro Classic gala taking place in Gdańsk on 27 February 2016, as part of the Fit Festival, are already on sale! This is the first bodybuilding competition of this kind organised by the IFBB Pro Federation in Poland. The gala is endorsed by a bodybuilding legend, many-time participant and winner of the most prestigious bodybuilding competitions – Kevin Levrone, known as the Maryland Muscle Machine!

The considerable prize pool – $60,000 – will guarantee an intense competition. On this day, the stage will be taken over by the biggest stars of bodybuilding, who gained their fame at Mr. Olympia and Arnold Classic competitions.

We have prepared special packages that will enable you to enjoy this spectacular event. At the same time, we would like to inform you that the number of tickets that will go on sale is limited, therefore we advise those who wish to attend the Levrone Pro Classic gala to hurry!

Depending on the package purchased, you can get access to exclusive meetings with IFBB Pro stars, access to seminars organised as part of the Fit Festival, and even attend the banquet that will give you an opportunity to meet the invited guests and IFBB Pro competitors. For more information concerning individual ticket categories please click here.

A message from Kevin Levrone
Having my own PRO SHOW was always an objective that I wanted to achieve. After a successful career in bodybuilding it would be my next great challenge. I invited the best bodybuilders in the world to Poland, because in Europe, bodybuilding is an adored and popular sport. It would be fantastic, if the best athletes could compete with each other in front of European fans. In the 90s, the European Grand Prix was the most awaited competition next to Mr. Olympia. It has brought me many successes and great memories. The Levrone Pro Classic gala is aimed at promoting bodybuilding, which is the basis and stepping stone upon which athletes entering Fitness, Men’s Physique or Bikini Fitness competitions build their success. I am happy that my dream will take material form on February 27th, 2016 – said Kevin Levrone.

Be there with us!