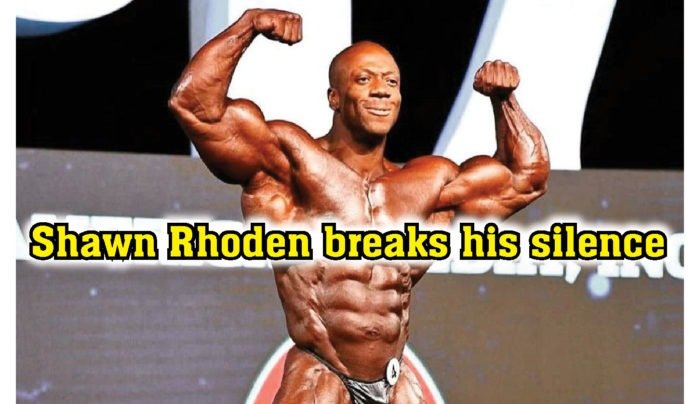 2018 Mr. Olympia Shawn Rhoden has finally reached out to his fans and friends by posting a message on his official Instagram page.

Rhoden is at the moment living a nightmare after being charged for rape.

Shawn insists that he is innocent and as the saying goes ‘innocent until proven guilty’, this was not good enough for Olympia LLC owner David Pecker.

AMI’s David Pecker suspended Rhoden from the Olympia and as well anything related to marketing in their publications and the Olympia itself.

Shawn said “For all I have given to bodybuilding, and what it has done for me, I would never do what these allegations claim and jeopardize my position as Mr. Olympia, something I have trained and sacrificed over two decades for.”

Rhoden feels it was totally unjust to have his reputation tarnished over these allegations.

Shawn also regrets how the sport of bodybuilding has been tarnished because of these allegations against him.

Shawn continued to say that even though this experience has shaken him, he will continue to stand by his position of innocence and get his chance to compete on the Olympia stage again.

Read the message in full: 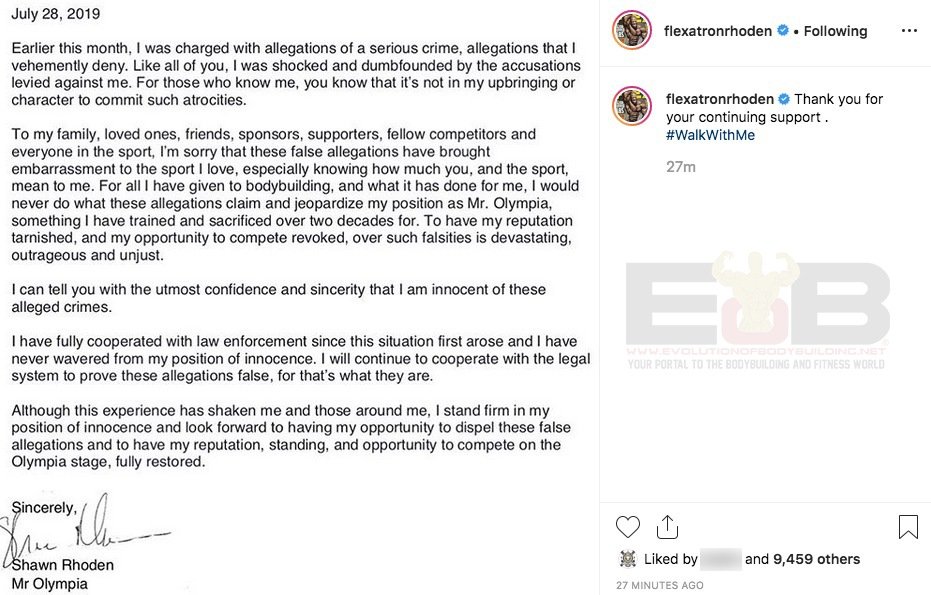