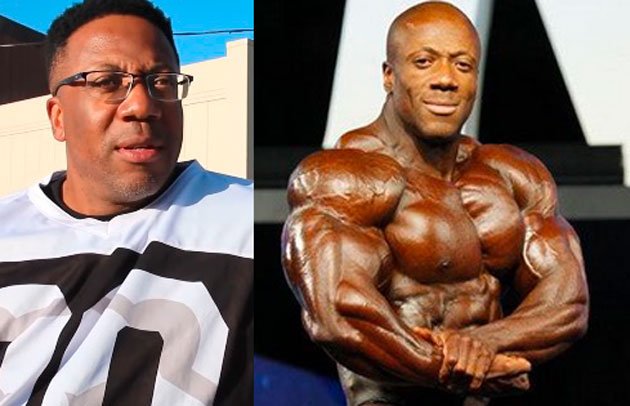 Shawn Rhoden confident he will compete at the 2020 Mr. Olympia.

Speculation and stories have started to gain momentum in regards to the 2020 Olympia Weekend.

The hottest subject is obviously about the Mr. Olympia, and who is going to compete.

It will be Dexter’s last Mr. Olympia contest before he retires.

The big story is that 7X winner Phil Heath and 2018 Mr. Olympia Shawn Rhoden could possibly be stepping on the stage next to Dexter and Brandon, to fight for the 2020 title.

The situation with Phil Heath is very quiet, with no confirmation if he will or will not compete in 2020 or ever again.

Since Phil has not revealed anything about his future plans, the fans and media continue to speculate about his situation.

All eyes are now on Shawn Rhoden. The 2018 Mr. Olympia winner unfortunately could not defend his title in 2019 due to complications with the law.

Due to Shawn’s troubles with the law, the previous owners of the Mr. Olympia contest, AMI, decided to revoke Shawn Rhoden’s eligibility to compete at the 2019 Mr. Olympia and defend his title.

Not long after, the NPC/Pro League published a statement supporting AMI’s actions.

Many criticized AMI and the Pro League for punishing Rhoden before he is proven guilty.

Since November 2019, everything seemed very quiet in regards to Shawn Rhoden’s future plans. Shawn spoke to the media on a number of occasions, but he never revealed any concrete information about his future.

To add more misery to his situation, Shawn lost his contract with Olimp Nutrition, but thankfully this site has been informed that Shawn has signed on to a lucrative contract with another brand.

The situation improves for Rhoden in 2020

The situation started to improve for 2018 Mr. Olympia Shawn Rhoden in February 2020 when Jake Wood became the sole owner of the entire Olympia brand.

Why did the situation improve for Rhoden just because the Olympia brand was sold?

The answer to that question is very easy to answer. The new owner Jake Wood is passionate about the sport of bodybuilding.

David Pecker, the former owner of the Olympia brand, was not a bodybuilding fan. but rather a businessman that basically just wanted to make money from bodybuilding.

Jake Wood on the other hand, loves the sport of bodybuilding and especially female bodybuilding. Jake Wood is the reason the Ms. Olympia is returning to the 2020 Olympia Weekend.

In a recent video published by Shawn Rhoden on his official YouTube page, he gave the biggest hint that he is already preparing to compete at the 2020 Mr. Olympia.

Shawn revealed that he had a meeting with Jake Wood and the outcome was very positive.

With the possibility of Rhoden competing at the 2020 Olympia. Jake Wood will do everything possible to make sure the 2018 Champion gets back on that stage.

Throughout the entire video, Shawn Rhoden gave the impression that he will be competing in December 2020.

Shawn is not worried about prepping for the show, he said he is usually fat when May comes around, but this time it is different.

He has been training constantly rather than taking time off.

Rhoden said photos of his present condition have already been sent to his coach, Chris Aceto.

Shawn said that he is looking forward to getting ready for the contest and competing against the best of the best at Planet Hollywood.

Rhoden gave a hint of how he wants to look on stage. A combination of the size of 2015 with the definition of 2018 is what he is after.

If Shawn does manage to get bigger and shredded at the same time, he would have a great chance to win back his title.

With the possible addition of Shawn Rhoden to the Olympia lineup, the contest will be the most anticipated since the Phil Heath vs Kai Greene era.