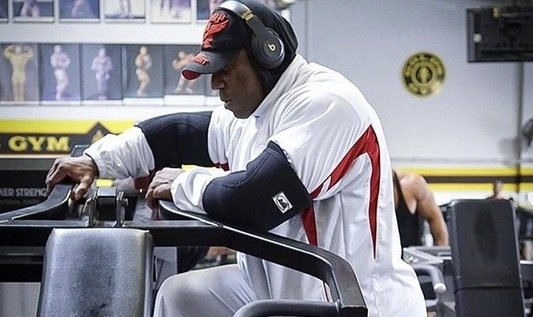 The Shawn Rhoden saga continues as the 2019 Olympia Weekend gets closer.

A few weeks ago, 2018 Mr. Olympia Shawn Rhoden was charged for rape.

Shawn denied the charges and insists that he is innocent.

Moments after the charges were made public, the owner of the Olympia Weekend, AMI’s David Pecker decided to suspend Shawn Rhoden from the 2019 Mr. Olympia and future Olympia events.

This decision shocked the bodybuilding world as Rhoden was punished by AMI for no reason.

The term ‘Innocent until proven guilty’ has come up in numerous discussions related to Shawn Rhoden.

Rhoden has basically had his bodybuilding career destroyed because he was already punished before being proven guilty by the courts.

Just recently, a petition has been launched on change.org.

Mike Lancaster is the man behind the petition and he published this message on change.org:

This petition is to join forces and show AMI (American Media Inc) that we want Shawn Rhoden, the defending Mr Olympia Champion, to be allowed to compete at this year’s Olympia. Shawn was banned from competing at the 2019 Olympia because of some accusations and AMI, a couple hours after these accusations became public decided to ban Shawn Rhoden from competing at the Olympia this year. A right he earned for life after winning the 2018 Mr Olympia. A choice absolutely unfair which sabotage Shawn’s preparation and would cost him a consequent loss of income. Even worst, this decision from AMI (American Media Inc) goes against Human Rights and the presumption of Innocence which should consider Shawn Rhoden innocent until proven otherwise. This is why this petition was created, to restore Shawn’s right to compete and let him defend his title and pursue his preparation at least as long he hasn’t been prosecuted for these crimes. Join us and sign this petition to restore Shawn’s right of being considered innocent until proven guilty and allow him to compete in the 2019 Mr Olympia and defend his title he earned after a decade of competing at the highest level. Thank you

The petition is gaining momentum as at the time of publishing this article over 2,800 have signed.

As the Olympia Weekend gets closer, the pressure is increasing for AMI’s David Pecker to reverse his decision and let Shawn Rhoden defend his title at the 2019 Mr. Olympia.

Rhoden has been seen at Gold’s Gym, Venice training and talking with all his fans and friends. It seems it is business as usual for Shawn Rhoden with or without the Olympia. 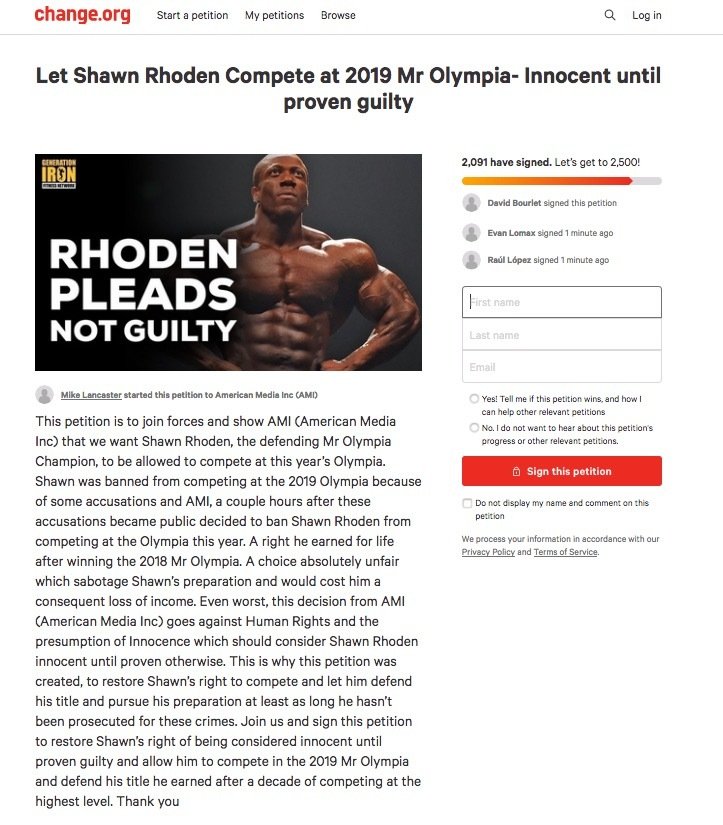