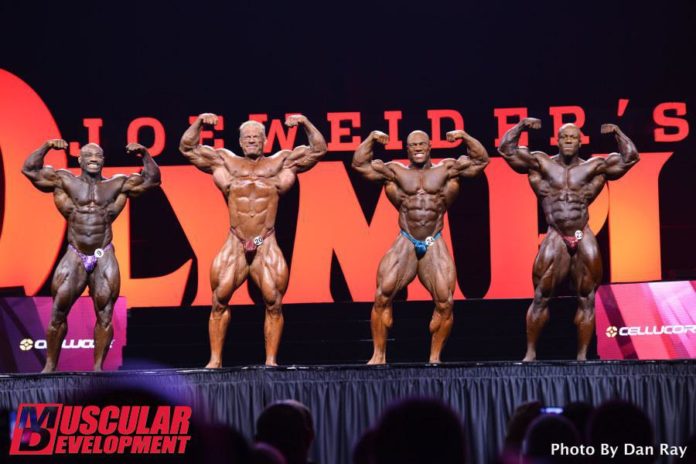 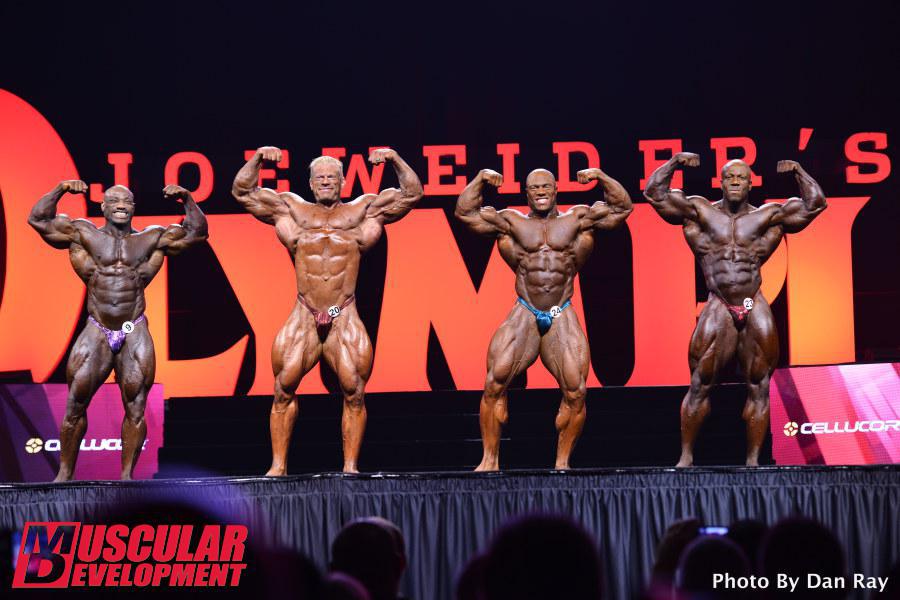 To qualify for the Mr. Olympia is not an easy task. You either have to be a consistent bodybuilder and collect enough points, or win a major competition in the IFBB Pro league to qualify automatically.

Placing in the top five at the Mr. Olympia gives you and automatic qualification for the Olympia Weekend the following year.

Getting an automatic qualification for the next Mr. Olympia is great for the competitor, but for the fan it is not so good.

Lets take Phil Heath as an example. He wins the Olympia and we will not see him in decent shape until the next Olympia.

For fans to be able to see the reigning Olympia winner, they have to stay searching on social media… if he does post anything or some guest posing routine, again if he does any.

This could be a old marketing idea that more fans will come to the show to see the reigning champion.

It is a shame the fan has to wait a year to see the final product. Meanwhile bodybuilders that have not qualified automatically have to go through intense diets to try to gain points or win a contest to make it to the Olympia.

In other sports, a champion still has to go through qualification rounds to defend his or team’s title. Why is this rule not used in bodybuilding? If bodybuilding want to be regarded as a sport, it should work the same way as other sports.

It is a great accomplishment when you win the Olympia, but the winner or let’s say the top five should have to qualify for the next edition, just like the other contestants. They already get prize money, and probably more sponsorships… isn’t that enough?

This way, the bodybuilder will have to take care of his condition all year long and as well, the fan will have more of an opportunity to see the Olympia winner defend his title against the other contestants all year long.

It would be a great atmosphere, if for example we see Phil Heath competing at the Arnold Classic or another major competition.

Some might say, what will happen if the reigning champion does not qualify for the next Olympia? Well, that is the reason why the rules should change, it would make the sport more exciting.

The top five from the previous year should have to earn their right to compete at the next edition of the Mr. Olympia just like the rest of the contestants.

While all the other contestants are killing themselves in the gym, traveling around the world to compete and staying on a strict diet to earn a place on the Olympia stage, the top five from the previous year have a year to plan out their game plan… this is not fair at all.

Some of the contestants have to compete in a number of competitions to get that qualification and by the time the Olympia comes around, if they qualify, some are burnt out. Meanwhile, you get a couple of bodybuilders strolling in, just because they placed in the top five the previous year and it was not the first time they were not in Olympia condition.

We believe, this system is not fair at all.

All should earn their place on the Olympia stage by points or a victory during the IFBB Pro contest season.

Automatic qualification for the Olympia has to end!