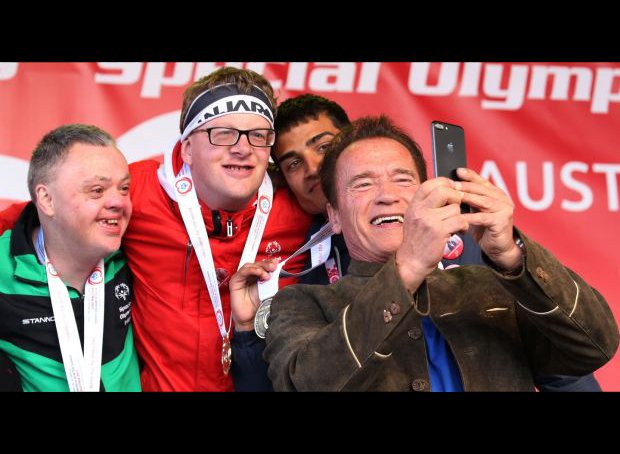 Arnold Schwarzenegger is the ultimate ambassador for fitness and health.

Schwarzenegger has dedicated the majority of his life promoting the sport of bodybuilding and fitness.

Another beautiful aspect of Arnold is that he gives so much back to schools, children and people with special needs.

Arnold as well supports events such as the Special Olympics with much love and dedication.

The bodybuilding legend took to his social media to celebrate the 2017 Winter Special Olympics that was taking place in Austria this week and one comment did not go unnoticed by Arnold himself.

Who knows how many negative comments slip by, but this nasty one did not.

The person wrote: “The Special Olympics make no sense. The Olympics are for the best athletes in the entire world to compete against each other to determine who is the best. Having xxxxxxx competing is doing the opposite!”

Arnold Schwarzenegger immediately gave an answer to such a stupid comment:

“As stupid and evil as this comment is, I’m not going to delete it or ban you (yet) because it’s a teachable moment,” Schwarzenegger said.

“You have two possible paths ahead. Right now, I guarantee you that these athletes have more courage, compassion, brains, skill – actually more of every positive human quality than you. So take their path – you could learn from them, and try to challenge yourself, or give back, to add something from the world.

“Or you can stay on your path, and keep being a sad, pitiful, jealous internet troll who adds nothing to the world but mocks anyone who does out of small-minded jealousy.

“I know what you really want is attention, so let me be clear: if you choose to keep going this way, no one will ever remember you.”

Well done to Arnold for giving an answer to this disrespectful person. 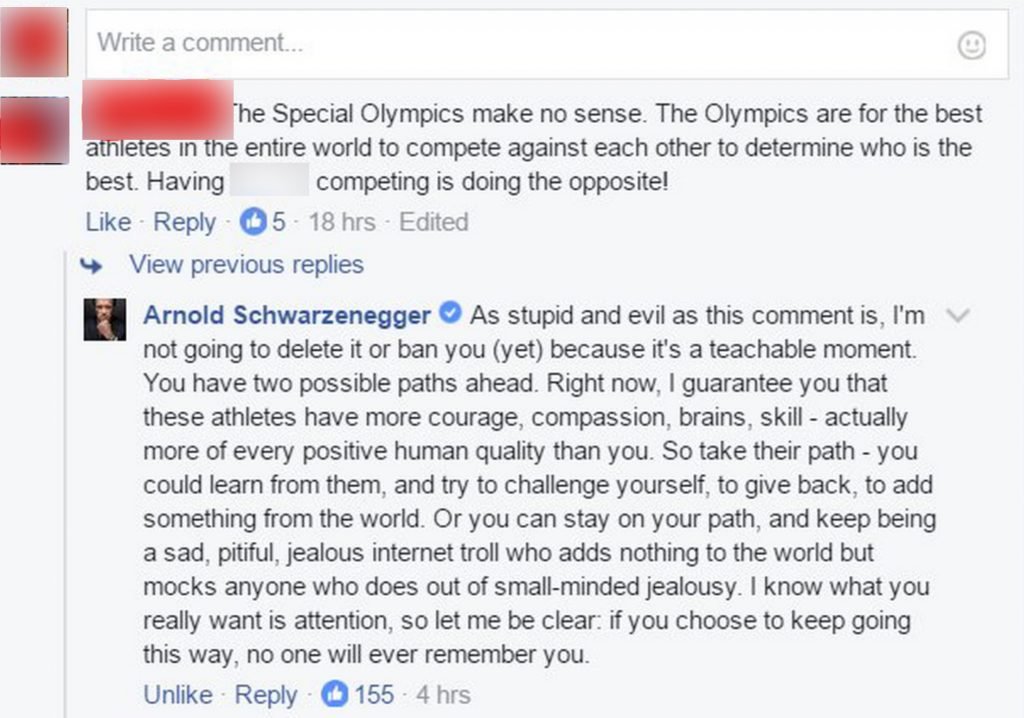 So inspired by the great athletes I’m meeting at @SpecialOlympics in Austria. pic.twitter.com/5Y5zgu0ndm