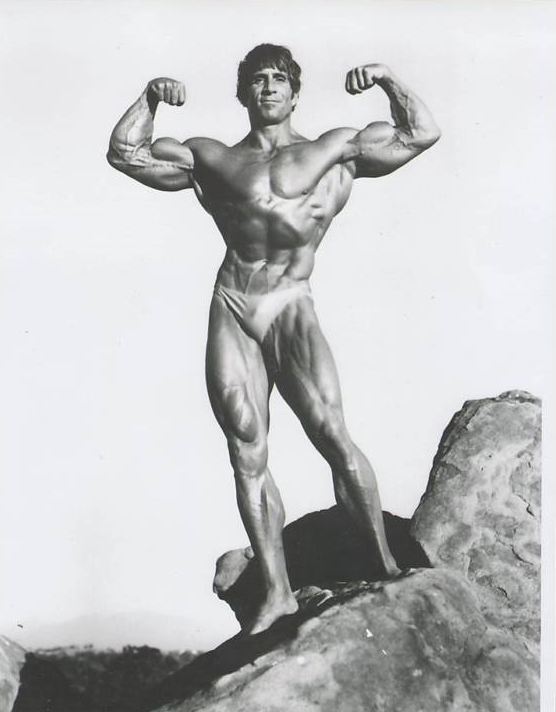 Steve’s body transformation was legendary. He went from being a very strong 285 lbs. power lifter to a 200 lbs world class bodybuilder to eventually win the IFBB Mr. World.

At 285 lbs. Steve was not your typical fat boy, sure he was smooth but he had size and he built his body at that time for strength and power. Once he decided that he wanted to be a successful competitive bodybuilder the transformation began.  This transformation was consistent with all endeavors in Steve’s life. He performed an honest assessment on his nutrition, diet, supplementation and training. He then sought out the best and put a plan together to reach his new goal, Mr. World.

Just look at the results, Steve is arguably one of the most muscular and symmetrical bodybuilders of any generation. Admittedly Steve is not one of the mass monsters, and there are reasons for this. Steve always strived to maintain muscularity, vascularity and symmetry, and was not willing to sacrifice these for size. Also, from a genetic standpoint, Steve was not wired to be the 6’ 250 lbs. bodybuilder. But, he was wired to be the 6’ 200 lbs. bodybuilder with great lines, symmetry and muscularity. Clearly, Steve built his body to his genetic potential. 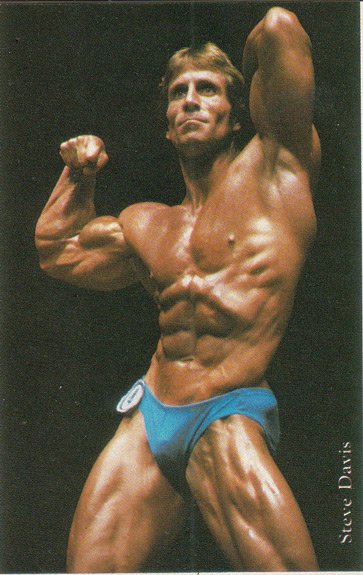 Vince Gironda played a critical role in assisting Steve to put his plan together. Steve trained with Vince for 3 decades; he was there when Vince’s 8 x 8, 6 x 6 theories were being implemented.  He trained first hand on these programs and actually was part of the development process.  He trained closely with Vince and others in refining these theories that have rightfully made Vince a legend.  Steve also worked very closely with nutrition and supplementation guru Rheo H. Blair (also known as Irvin Johnson). What Vince was to training and diet, Rheo was to supplementation and nutrition. As a matter of fact Vince and Rheo collaborated extensively throughout the 50s, 60s and 70s on nutrition and supplementation.   Steve Davis was one of the primary beneficiaries of this collaboration. 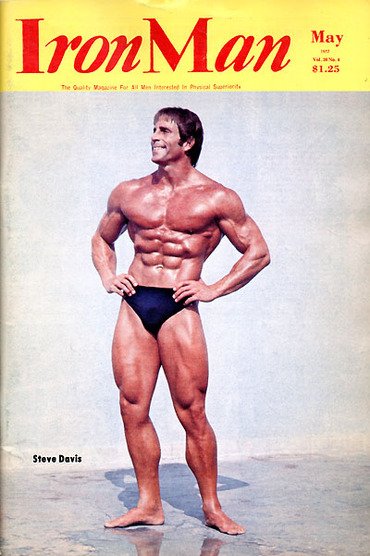 Magazine Covers: Steve has been featured in more magazine articles than should be mentioned. But during the golden era, when there were a plethora of outstanding physiques just begging to be featured, Steve graced the cover of 7 magazines. Among the magazines are Muscle and Fitness, IronMan, Muscle Mag International, Muscle Digest, and Muscle World.

Today: You will still find Steve today training at 5 AM. The gym and the training has been the foundation of his physical being since he was 14, when he first saw Steve Reeves on the movie screen and decided that is what he wanted to look like. That was almost 45 years ago and he is still pursuing that quest.

Steve remains a mentor and role model to many throughout the world, and not just among the bodybuilding community. At the gym where Steve trains many experienced trainers and trainees continue to seek his advice on all aspects of training, diet, nutrition and supplementation. He continues to spend as much time answering questions from many who view him as a mentor and role model.