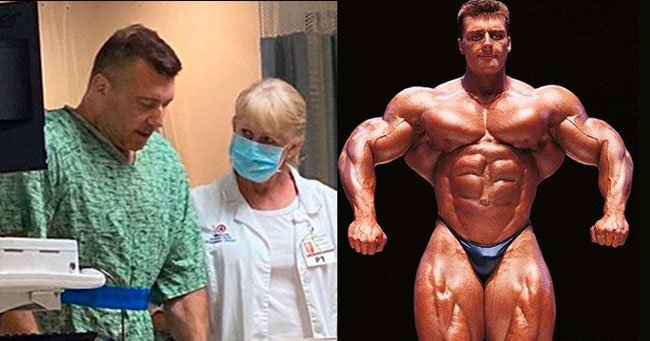 Jean-Pierre Fux was in hospital earlier this week to have a knee replacement.

The news was published on Jean-Pierre’s official social media pages.

The 90’s bodybuilding star is on the road to recovery after successful surgery.

It is not the first time Jean-Pierre Fux had to spend time in the hospital due to injuries.

In May 2002, during a photo session for Flex Magazine, Jean-Pierre was performing a 700lbs squat and fell to his knees.

The injury basically ended his career after suffering a tear to his vastus medialis on the left thigh, and another tear to his patella ligament on the right leg.

Jean-Pierre was one of the biggest bodybuilders in the 90’s placing in the top ten consistently.

Fast forward to 2020, Jean-Pierre is a personal trainer and as well he is passionate about saving cats.

We at Evolutionofbodybuilding.net wish Jean-Pierre a speedy recovery and hope to see him at the gym very soon.

Beautiful my new knee , what a difference to the messy X-ray on the left. Thank you so much to the overwhelming support and well to do wishes. Looking forward to my therapy and building my legs again. Neubi (Neufit) and BFR training will play a big part on my road back. Stay tuned to find out more . #kneereplacement #surgery #orthopaedicsurgeons #trauma #traumatologia #comeback #nevergiveup #bounceback

Ready to for my new knee. #surgery #kneereplacement #painfree #mruniverse