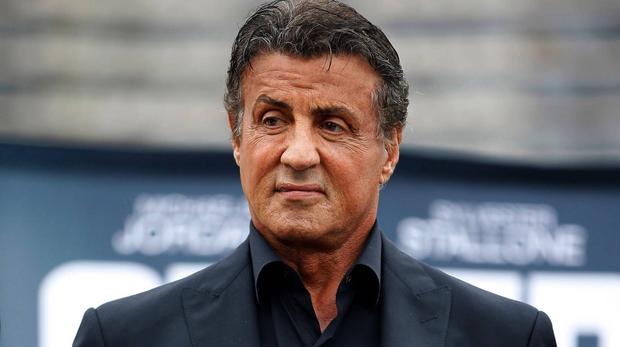 Sylvester Stallone still alive and healthy amid claims of death.

In recent days a horrible death hoax was spreading on the internet. A post was published on social media stating that Sylvester Stallone passed away.

Photos were published showing Stallone losing his hair and looking very fragile. The photo was actually taken from the last film Stallone produced from the Rocky franchise called ‘Creed’. Sylvester was made to look like he was going through cancer treatment.

Stallone immediately went to his social media to confirm that he is still alive and healthy with a simple post on his official Instagram page: “Please ignore this stupidity… Alive and well and happy and healthy… still punching!”

Stallone’s brother, Frank Stallone also vented his frustration by saying “Rumors that my brother is dead are false,” Frank Stallone wrote on Twitter. “What kind of sick demented cruel mind thinks of things like this to post? “People like this are mentally deranged and don’t deserve a place in society.”

The following day, Sylvester Stallone also released a video brushing aside his death rumor “Next week, I am going to show you how to eat healthy when your dead”.

This picture was posted of my brother by the low life who said he was dead. This photo is from the make up trailer on the set of Creed. Who raised these cretans anyway that they would find humor in someone’s passing? This person@rockybalboa should be thrown off social media and locked up! 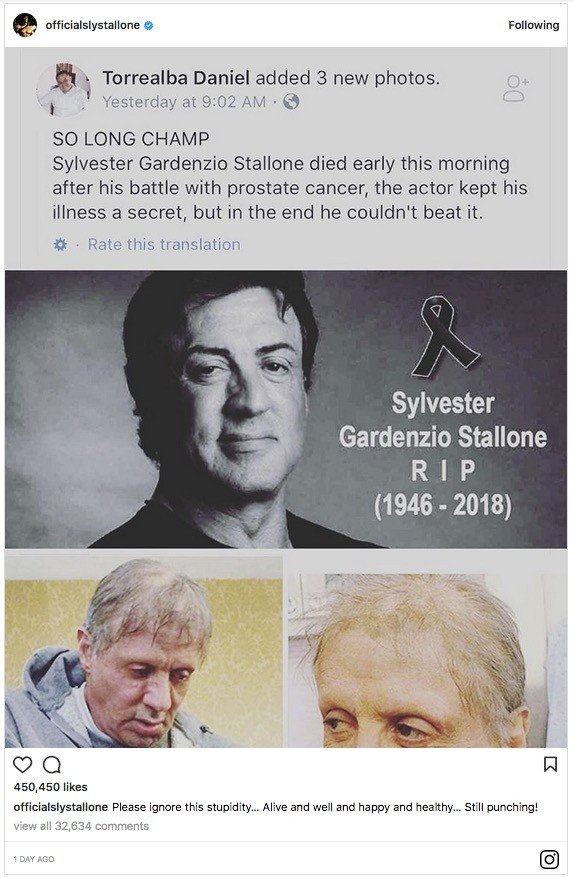