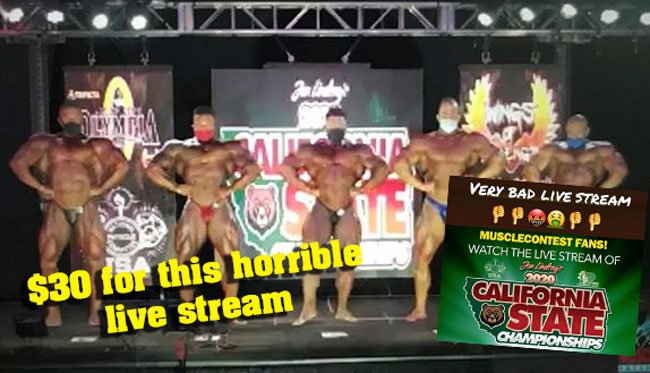 The 2020 California Pro – The bodybuilding event that nobody could watch.

The 2020 California Pro has come and gone with the majority of the bodybuilding having no access to watch the event.

Due to the Covid-19 crisis, the show had no spectators. This problem should have been solved with the $30 Live Streaming option that was made available by the promoters, Muscle Contest.

Compared to the 2020 New York Pro $20 Live Streaming the week before, the California Pro option was much more expensive.

The New York Pro had seven pro divisions compared to the one at the California Pro.

For $30, the California Pro promoters gave the bodybuilding world a 240p compared to 720p or 1080p that is normal in today’s standards.

It is 2020, kids with mobiles can stream better quality.

A pro event with one pro category, should not be over $15.

Many complained about this robbery. Pro competitors, media and fans all vented their frustration during the California Pro event.

We believe refunds should be handed out to the customers that purchased this service.

The major bodybuilding media that reported on the event could not give a detailed reports because they all admitted that the live stream was bad.

At the same time, the loyal NPC/Pro League Media, continued to urge people to spend $30 on this horrible service. This is unbelievable.

Why can’t the NPC/Pro League media just be honest and say the California Pro Live Streaming was horrible and offer refunds.

Until publishing this article, there was no indication from the California Pro promoters that they are going to look into the problem they had.

Just because the pro bodybuilders and promoters need financial support during these difficult times, this does not mean the fans should get a bad service.

Evolutionofbodybuilding.net believes California Pro promoters should do what is right and refund all the live stream money.

Fans and media will pay good money for a high quality stream, but if they are taken for a ride again, not even the Olympia Weekend will be successful with live streaming.

Covid-19 has devastated the sport of bodybuilding, the little hope the fans have is live streaming. It seems some promoters cannot even get this right.

Some promoters go out of their way to make sure the spectator and media are happy. During the New York Pro, some problems occurred during the live stream, but they immediately responded to emails and solved the problem.

If the fans are not treated fairly, the future of live streamed bodybuilding events will be a definite failure.

This is what I get for $30 PPV @musclecontest #calstates #calpro. Anyone paying for this and seeing the same thing? I have hi speed WiFi and brand new MacBook Pro. 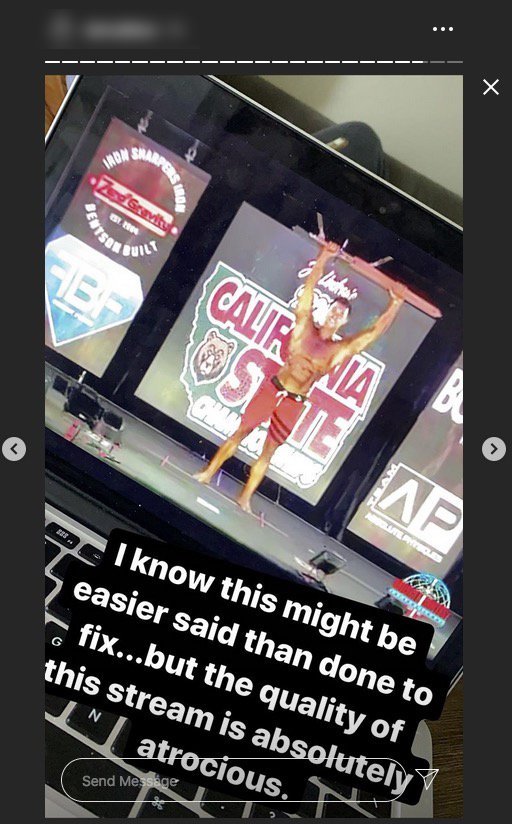 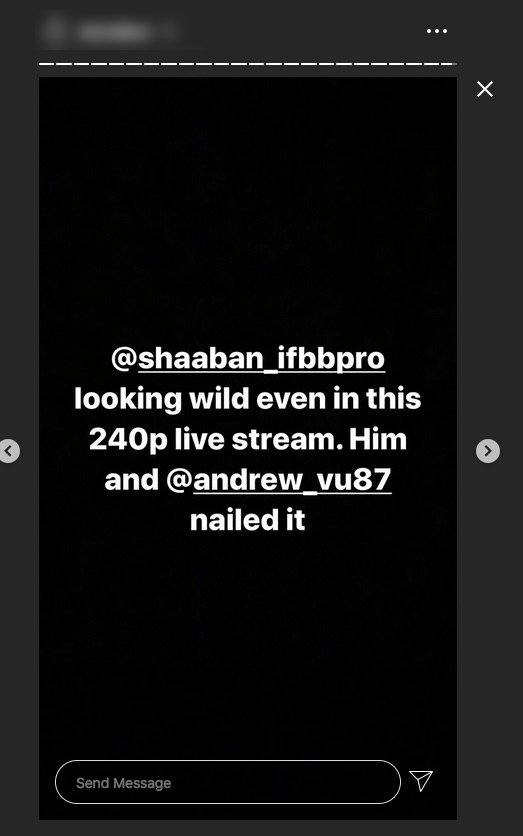 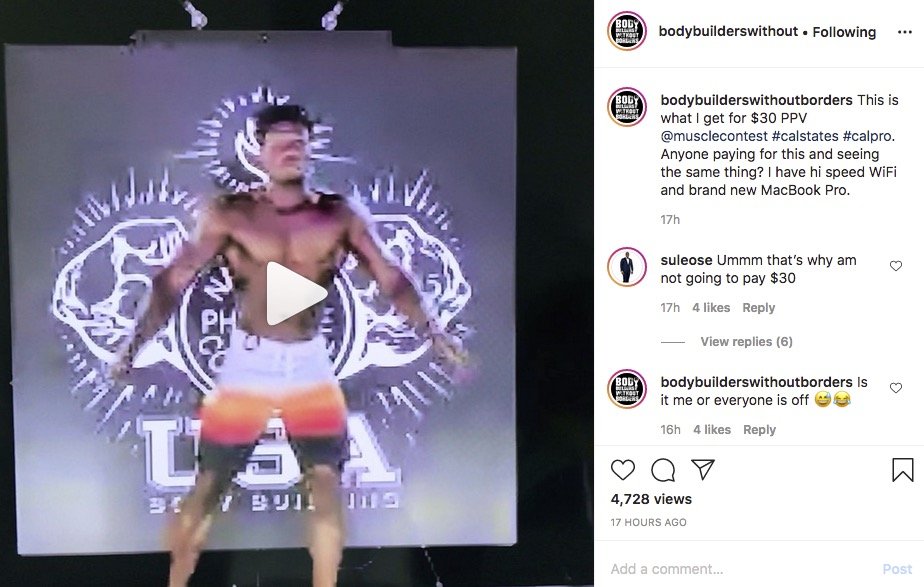