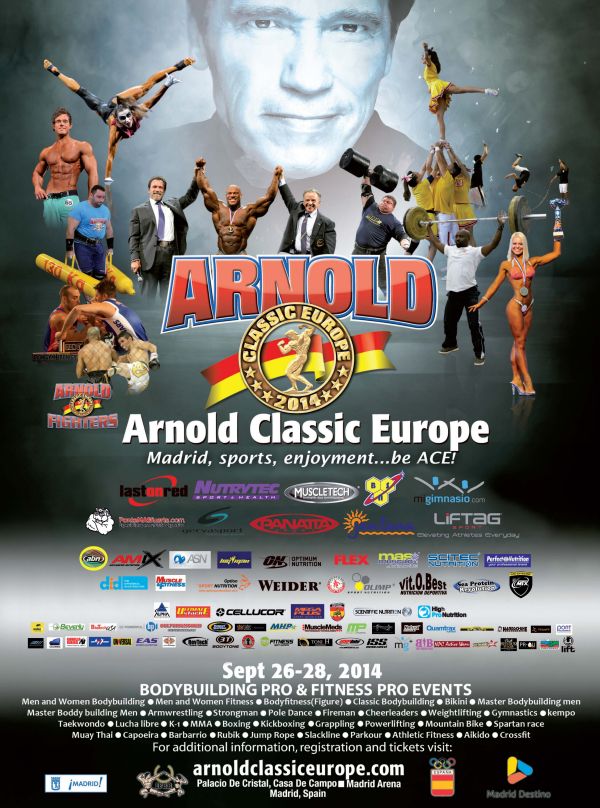 Just one week after the 2014 Olympia Weekend, bodybuilding’s elite will take the stage again at the 2014 Arnold Classic in Spain.

The Arnold Classic Europe is one of the biggest bodybuilding and fitness shows in Europe and it will be taking place this weekend from the 26 to the 28 September 2014.

A majority of the stars that did battle last weekend at the 2014 Olympia Weekend will be competing for one of Europe’s and bodybuilding’s most precious title. As well bodybuilding legend, former Governor of California and film star Arnold Schwarzenegger will be at the show.

Former champions Victor Martinez and Shawn Rhoden will be making the trip to Spain, but the defending champion Phil Heath has confirmed that he will not be taking part in this event after winning his fourth Mr. Olympia title.

Kai Greene left bodybuilding fans speculating if he is to compete at the Arnold Classic Europe after placing second at the 2014 Mr. Olympia. During an interview, Kai Greene said he was planning to win the Mr. Olympia title and skip all other events in Europe, but the result was not first but second place and he might just make the trip to the contest.

With his third place finish at the 2014 Mr. Olympia, Shawn Rhoden looks to be the clear favourite to win the title for the second time.

Nobody can brush aside Dexter Jackson. At the age of 45, the 2008 Mr. Olympia winner is still a threat on stage as this year he is bigger than he has ever been. 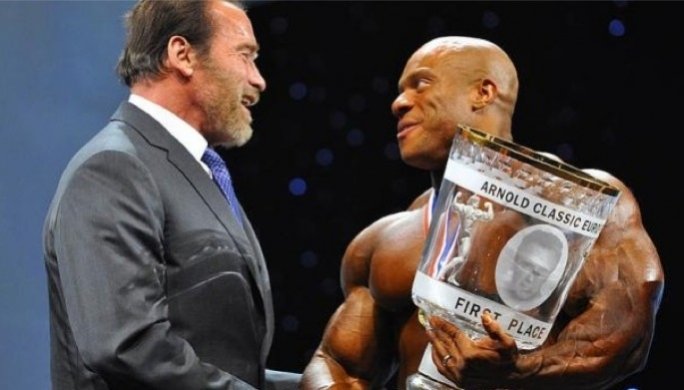 Mamdouh “Big Ramy” Elssbiay will certainly overshadow his opponents with his his size and condition. The 2014 New York Pro winner could easily walk away with this prestigious title.

Another Pro show that will be featuring is the Arnold Classic Women’s Fitness Pro.

The Arnold Classic Europe Amateur competition will also be taking place with the best amateur bodybuilders in Europe making the trip to Spain.

The 2014 Arnold Classic Europe is not only just about bodybuilding, but a number of other sporting events will take place.