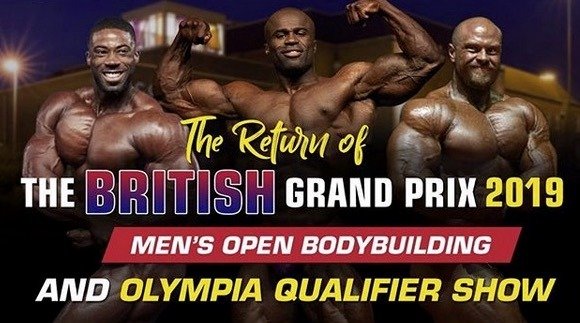 The British Grand Prix returns in 2019.

The popular British Grand Prix is returning to the UK in 2019.

The show is being organized by 2BrosPro and sanctioned by the NPC/Pro League.

Bob Cicherillo will be the MC of the show.

The popular bodybuilding show will be taking place on 30 June, 2019 at the Watford Colosseum, London.

The show will feature an open bodybuilding class competition which will also be a Olympia qualifier.

The winner will be given the chance to compete at the Mr. Olympia.

In the past, the UK hosted two popular shows, The British Grand Prix and the Grand Prix of England.

These shows had the best athletes in the world that arrived through the NPC/Pro League and the IFBB.

In 2012, Shawn Rhoden was the winner of the open class and Flex Lewis defended his title and won the lightweight category.

The Grand Prix of England was organized 17 times. This was a very popular show with the best bodybuilders in the world making it a point to compete at the event. The show that was held in 1999 is still one of the most popular shows ever produced. 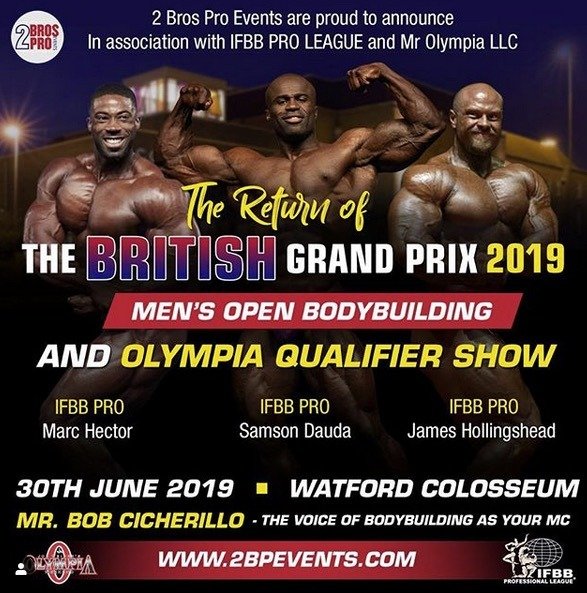