The newest athlete to join Team Gaspari is Branch Warren, who you all know as a two-time Arnold Classic champion and Mr. Olympia runner-up as well as a longtime athlete with Muscular Development magazine. I’ve always admired Branch mainly because this is a man who has had to really work to get where he is, not unlike myself. His rise to the top tier in pro bodybuilding has some parallels to my own. I was not gifted with the height and width of my rivals like Lee Haney, Mike Christian, and Berry DeMey. The only way I could beat them, and I consistently beat all the other stars of the 1980’s with the exception of Lee, was to train harder and be smarter with my nutrition. My structure being what it was, I knew that I had to be 100% any time I faced them on stage or else. In my era, I was known as one of the hardest training men in the game, and many years later people still talk about me for that. Branch had similar challenges. He was not blessed with above-average height or width, and most of his genetic gifts are from the waist down. Branch’s legs were outstanding very early on in his career, but he’s had to fight ferociously for everything else. It took him years of blood, sweat, and tears in the hardcore Metroflex Gym before his upper body finally matched those incredible quads, hams, and calves. If you’ve seen any of his training videos, you know the level of intensity he pours into each and every workout. Branch trains hard, heavy, and fast. And like me years ago, Branch has to bring absolutely perfect shredded condition to be able to beat his more genetically gifted peers – something he has done over and over again. As I write this a couple weeks before the Arnold Classic, he has seven pro wins to his credit. There’s a good chance he might have another one by the time you read this. 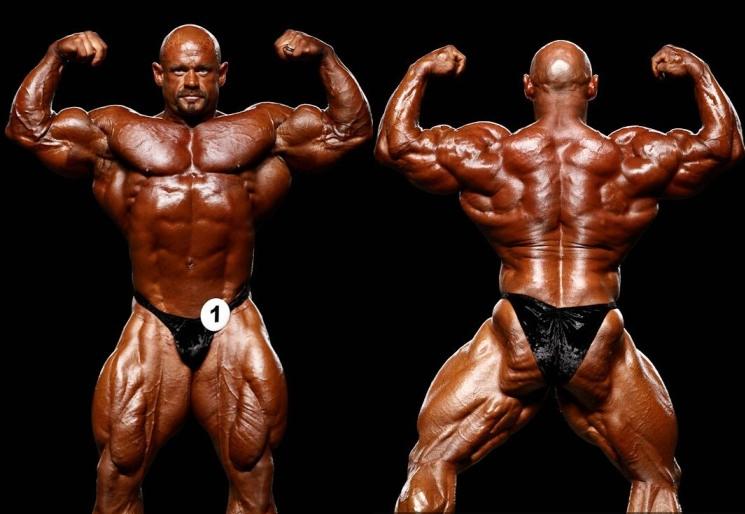 I’ve followed Branch’s career ever since he won his first pro show at the Dallas Europa in 2005. Before I knew anything about his character, integrity, or work ethic, I was impressed by the sheer amount of dense, thick, striated muscle he carried on his frame. This was a physique that screamed power. You knew by looking at it that Branch didn’t get to where he was with light weights and pumping sets. This was the product of years of gut-busting effort with tons and tons of raw iron. I was interested in signing him to represent Gaspari Nutrition the year after that, but the timing wasn’t right. We kept in touch as time went on, and even though he couldn’t talk about it on record due to his endorsement contract with another supplement company, Branch has been using the Gaspari line of products for years and loves them. Finally, toward the end of 2013, the stars aligned and Branch was leaving that other company. I couldn’t wait to bring him on board.

I can’t think of a better match than Gaspari Nutrition and Branch Warren. He represents the ideals I founded my company on and that I base my own life on. Nothing in life is handed to you. It’s only through hard work, dedication, and perseverance that you will achieve your goals. Branch is hard work personified and living testimony to its intrinsic value.

Yet I know some people questioned my decision to sign Branch. They pointed to the fact that he’s been a pro now for well over a decade. Branch is also turning 40 this month, and he’s had his share of injuries. Based on his slide down to ninth place at the last Mr. Olympia after being a top-five man for years prior, it might appear as if his career could be on a downslide. But people have been underestimating Branch and what he’s capable of since he was in high school preparing for his first bodybuilding contest. Back then, the older men at the gym assured him he would never even be good enough to win the Texas State title. Not only did he do that, and while still a teenager I might add, but at the age of 18 he beat out future four-time Mr. Olympia Jay Cutler to win the NPC Teenage Nationals back in 1993.

Injuries have ended the career of dozens of pro bodybuilders over the years, and Branch has suffered more than his share of ‘career-ending’ injuries: a biceps tear before he even turned pro, tears of both triceps, and a full quadriceps tear. Instead of being defeated by those very serious injuries and giving up as so many others have, he came back from each and every one not just as good as he’d been before, but better! After the biceps tear, he turned pro at the NPC Nationals. After his first triceps tear, he won his first two pro shows in 2005. The torn triceps knocked him out of the Mr. Olympia but led to his first Arnold Classic win, and he won his second Arnold Classic title in a row just seven months after tearing his quad. That’s a feat never before seen in the sport of bodybuilding, and one I doubt we will ever see again. ‘Quit’ is a word that simply is not in Branch Warren’s vocabulary. True champions show their greatness not when they win, but how they deal with adversity and loss. Branch has picked himself up after each obstacle and disappointment has knocked him down, dusted himself off, and gotten right back to work.

I don’t sign people just because they’ve won shows or because they have a lot of fans, though Branch would rank high in both of those categories. I sign true champions that embody the values that I embrace and that I base my company on. And that’s why I signed Branch Warren.