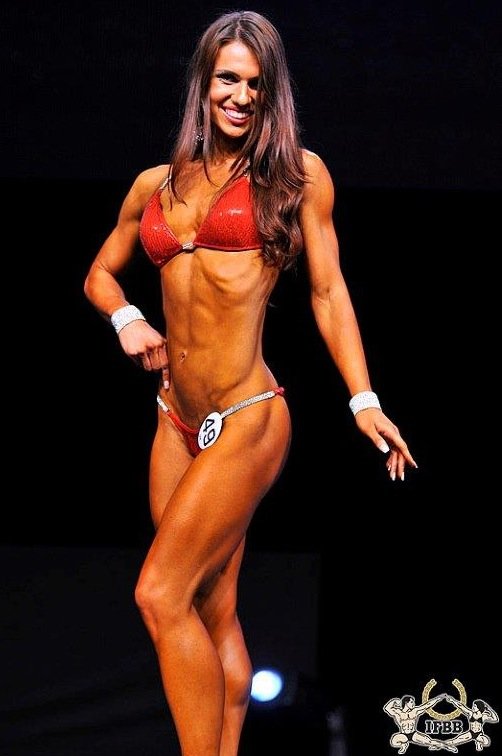 Sensational news are coming from Prague: over 260 athletes have been nominated by National Federations to participate in this prestigious event! Amateur Olympia has been quickly expanding, from its first edition in London in 2011, which included men’s bodybuilding only and 50 athletes in total, to its fourth edition this year in Prague, with 13 categories in the schedule and over 260 competitors nominated by National Federations of 30 countries! Who could expect such an expansion? It ‘s a unique opportunity to visit the TIPSPORT ARENA in Prague and see all these stars live on stage. There will also be a big EXPO show with dozens of “fitness industry” companies offering their newest goods and seminars.

10:00 am – Semifinals in the following sequence:

Now the STARS: let’s have a look who will perform on stage in Prague.

MEN’S BODYBUILDING
Up to 80 kg

WOMEN’S BIKINI FITNESS
Up to 163 cm

Almost all up to 160 cm category finalists from the recent European Championships: continental champion Sabina Plevakova, runner-up IvetaKuglerova (both of Slovakia), 4th place winner KaterynaTkachenko (Ukraine), 5th place winner Nikki Jenkins (United Kingdom) and 6th place winner InmaculadaGual (Spain). And 163 cm category 5th place winner Dora Adanic (Croatia). Then, 2013 Arnold USA winner Marisa Lobato (Spain) and 2014 Russian Cup bronze medal winner Olga Blokhina.Will they repeat their places from the European Championships or the order will be upside down? In this case I don’t expect any “revolution”. Plevakova wins every contest she participate in, the next places is a bigger unknown…

From the European Championships: top two from the 166 cm class: DenisaLipovska (Slovakia) and Nina Ross (United Kingdom) will meet top two from the 169 cm class: Olga Viazmetinova (Ukraine) and KarinaSkowronska (United Kingdom). In the overall Viazmetinova finished one place ahead of Lipovska. How will they do in Prague? But there will be one more very demanding player: Tatiana Prokofyeva(Russia), who won on this stage in Prague few months ago over Viazmetinovaduring the 2013 Bikini Olympia. Will this stage be lucky for her once again? And international debuit of the 2014 Russian Cup runner-up Vera Alexandrova.Will she be able to do any damage to the top champions?

Olga Putrova (Russia) vs. Paula Banot (Poland) – exciting revenge for the recent European Championships where Putrova won over Banot. But in Prague someone else may win: 2014 European Championships overall winner AllaSemenova (Ukraine), who was tied 10:10 with Putrova in the overall battle in Santa Susanna. Their battle on stage will be a real feast for the eyes!
Who can make troubles to thesethree top stars? There are four more serious candidates: “always second” EgleEller-Nabi (Estonia) who was the runner-up at the 2013 Arnold USA, 2013 World Cup and 2013 World Ladies Cup, then 2014World Ladies Cup winner КseniiaSheveleva(Russia), 2014 European Championships 4th place winner (+172 cm class) Oksana Davydova (Ukraine) and 3rd place winner (172 cm class) VeronikaGulasova (Slovakia).Someone else?Maybe the latest Russian Cup winner NelliMoshkina? All of them have enough potentials, but who will be in the peak condition on the stage in the TIPSPORT Arena in Prague this weekend?

Top two from the latest European Championships: Olga Chernous (Ukraine) and Muriel Boumazza (France). Plus 6th place winner AndrijanaDabic (Austria) and 4th place winner (but in bodyfitness) Petra Urbankova (Czech Republic). And the second former bodyfitness champion Daniela Pfeiffer (Germany), runner-up of the 2011 World Championships. So, more and more girls from bodyfitness are turning to women’s physique. Revenge battle: Chernous vs. Boumazza will be top interesting and may bring any result.

Once again, a mixture of former bodybuilders and bodyfitness champions. Bodybuilding is represented by former world champion Alina Cepurnienie (Lithuania) and top European competitor Petra Welker (Germany). They will meet the current European champion Ester Parisi (Italy) and finalist LiudmilaGoshko (Russia). Plus one outstanding former bodyfitness champion and World Cup winner TetyanaMikheychyk (Ukraine), who will debut in this division.

Countries participating in the 2014 Amateur Olympia in Prague: