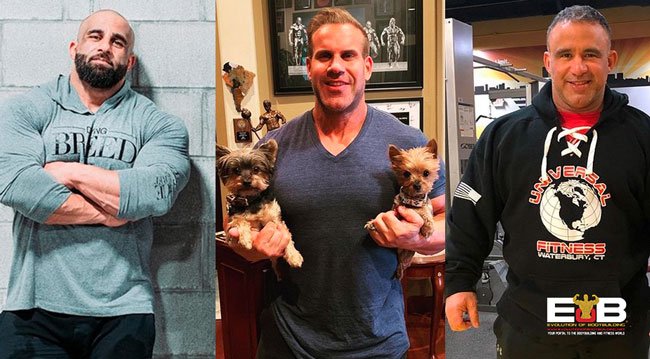 Evolutionofbodybuilding.net picks the best shows on YouTube, with some picks that will really surprise you.

YouTube has been flooded with thousands of bodybuilding podcasts, vloggers and shows in the last couple of years.

The majority of channels rehash already published news items from other sites and publish them with commentary.

A number of these channels have a great following, but in reality, they are not really entertaining or educational.

These channels are usually viewed as clickbait with some channels making a very good amount of money.

The clickbait channels are not included in Evolutionofbodybuilding.net’s list as they are not ‘real’ bodybuilding shows.

The other list of shows that did not make the cut are the channels that are created as an agenda to spread negativity against other media or athletes in general. Popular as they may be, this is not good for the sport.

As well, news media are also excluded, such as this website, not all news is entertaining and most of the time controversial. This we will discuss in another feature.

Back in 2005, a show called Pro Bodybuilding Weekly with hosts Dan Solomon and Bob Cicherillo was the best thing to ever happen to the sport of bodybuilding.

This show put bodybuilding on the map. Finally, the hardcore bodybuilding fan had a weekly show to look forward to.

This show lasted just over twelve years. Dan and Bob had the top bodybuilders talking about contests and as well some talking smack about other competitors.

All these elements made Pro Bodybuilding Weekly the best bodybuilding show till today. It is truly missed.

The shows listed will not be in any order of preference. 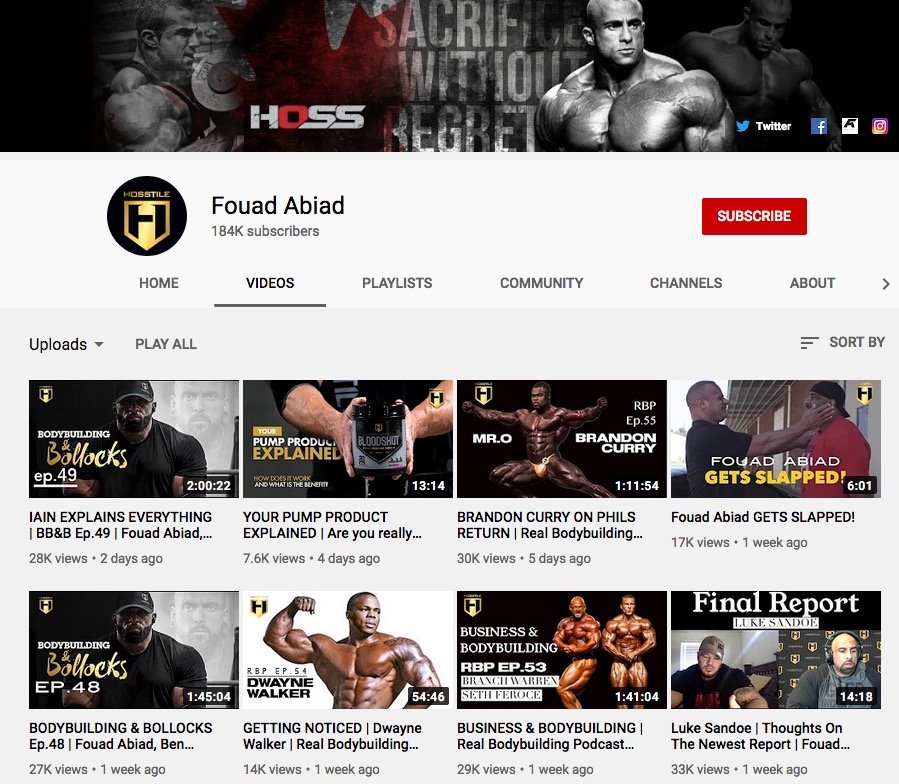 Fouad Abiad has one of the most popular YouTube channels for the bodybuilding community at the moment.

In a short time, Fouad Abiad alread has over 184,000 subscribers.

Fouad is a Canadian pro bodybuilder who owns his own supplement brand and has created a YouTube channel that is educational and very entertaining at the same time.

Fouad’s most popular show on his channel is Bodybuilding and Bollocks. Originally, this show had the late Luke Sandoe as his guest.

Luke and Fouad would talk about every subject related to the sport of bodybuilding and more. They would make the most serious subject entertaining to listen to.

Luke and Fouad antics would always bring a smile the the viewer. Unfortunately, Luke passed away and Fouad was left with a big void.

Thankfully all 36 episodes with Luke Sandoe are archived on Fouad Abiad’s YouTube channel.

If it was anybody else, after such a tragedy, the show would have ended, but Fouad had the courage to move on.

Eventually, Luke’s best friend Ben Chow would replace him and Fouad would also include a third guest each week.

One new popular hilarious segment to ‘Bodybuilding and Bollocks’ is fans actually sending their Instagram profiles for Fouad and his guests to actually roast them.

The shows are still very entertaining and educational and we never miss an episode.

Well done to Fouad Abiad for his contribution to the sport. 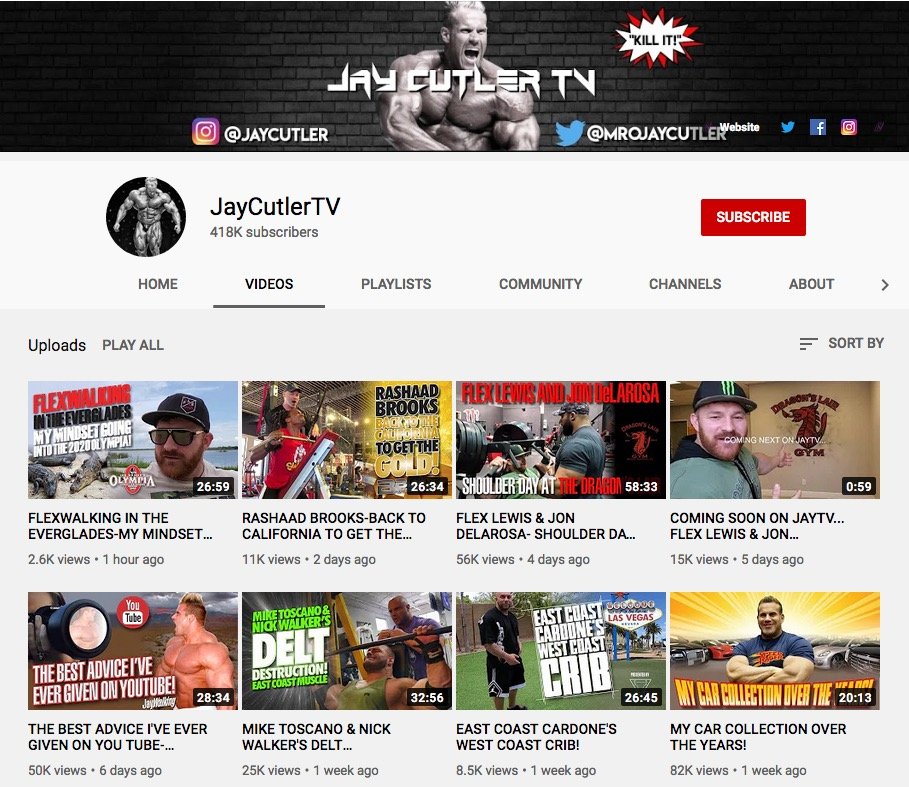 Jay Cutler is one of the most successful bodybuilders in the history of the sport. He might not be a Hollywood star such as Arnold Schwarzenegger, but he has still managed to make it to the top financially when he retired from competition.

Just as Fouad, Jay Cutler has his own supplement brand and as well many other business projects.

You would think, Jay Cutler would not have time or even need to create a YouTube channel, but he has and he loves it.

With the help of his best friend Dave Bourlet, Jay Cutler has created a channel that keep him very close to his fans.

One of his most popular segments is called ‘Jay Walk’.

‘Jay Walk’ is literally Jay Cutler making his breakfast, feeding the dogs and going for a walk and talking about the sport of bodybuilding with Dave.

Jay discusses his past, competition career and everything else related to his career.

Along with Dave Bourlet, Jay Cutler also has coach Eric Broser educating the viewer with his training and diet videos.

The viewer has the opportunity to send Eric questions about anything related to the sport of bodybuilding and fitness.

Cutler’s channel is close to getting half a million subscribers. 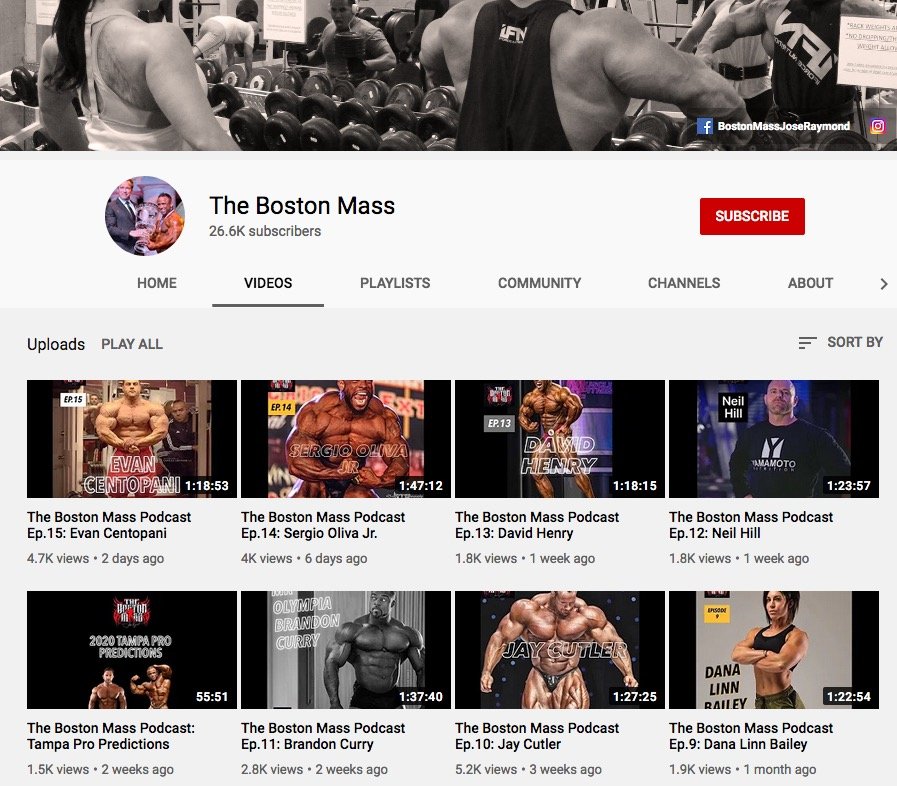 This name might surprise you, but Jose Raymond has relaunched his channel just over a year ago after retiring from the sport of bodybuilding.

We all know Jose as one of the most popular pro bodybuilder’s in the pro league and he is also known for being outspoken.

Jose relaunched his channel by having some of the top names in the bodybuilding world as guests on his show.

Chris Aceto, Guy Cisternino, Jay Cutler, Brandon Curry and Sergio Oliva Jr are some of the long list of guests already to be interviewed.

Joining Jose on all of his new shows is his good friend Nate Telow.

Jose is a great character, he is laid back and loves to ask the difficult questions to his guests.

Each show covers all the subjects that every bodybuilding fan would love to listen to.

The best part of listening to Jose is that if he hears his guests just mumble something that might lead up to a juicy conversation, he will tell them to elaborate on it. These small segments are very entertaining and fun to listen to.

These three channels bring a feel good factor to the sport of bodybuilding. There is no negativity whatsoever in any of their shows.

It is great to know that you are going to watch a show that will either educate or make you laugh.

Some of our readers might not agree with our picks, but we believe, if you look forward to watching the next show from these channels, they must be doing something good.

The next feature to look out for is our picks for the best bodybuilding news media on YouTube.