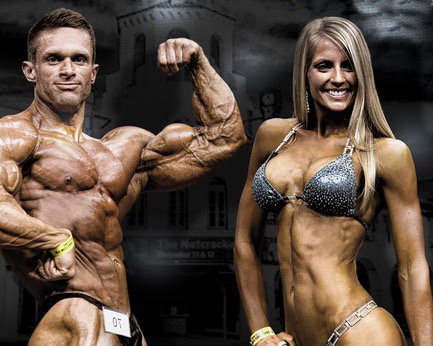 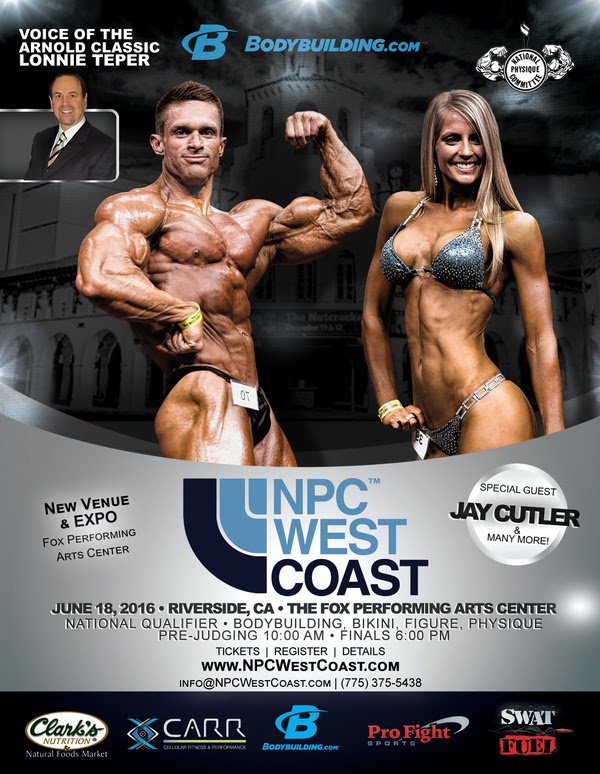 RIVERSIDE, CA (May 3) — The long established NPC WEST COAST Fitness Expo & Bodybuilding Championship will be held at the historic Fox Performing Arts Center in Riverside, CA on June 18,  2016, it was announced by promoter and host of the Arnold Schwarzenegger Classic, Lonnie Teper. The NPC-sanctioned event is projected to double in size from past years to attract some 2,000 spectators and 350 athletes who will compete for custom championship trophies and a coveted National Qualification. Website is www.NPCWestCoast.com.

The projected grown of the show is due in part by an alliance with longtime promoters Lonnie Teper and Chris Minnes. Teper had produced the event since 1999 before teaming up with Minnes for this year’s contest; Minnes is known for creating the Tahoe Show and TV’s Incredible Hulk, Lou Ferrigno’s blockbuster show, the Ferrigno Legacy in Palm Springs. “Chris is known for finding first class venues, polish, creative marketing and for his service to the competitors, and I’m confident his expertise will make the NPC West Coast bigger and better than ever” said Teper.

Exciting additions to the show include the new city and venue, Riverside, CA’s Fox Performing Arts Center. Built in 1929, it was renovated in 2009 and reopened in 2010, it is booked nearly every weekend with major acts and has a back of house capable of comfortably handling the 350+ athletes. The stunning venue will be polished off with a first class stage presentation with state-of-the art LED Screens, high resolution projection and a host of other features. VIP tickets that include exclusive access to the Tower Room bar are now available as well.

“Perhaps the biggest change is the free Fitness Expo. We received so many vendor inquiries that we had to use the Riverside Showcase, a space directly adjacent to the venue, to accommodate everyone.” Minnes said. “It’s free and will have 40 vendors plus free seminars from experts from Clark Nutrition and 4x Mr. Olympia Jay Cutler.” In addition to Jay Cutler you’ll also run into Lou Ferrigno, Jr and Eric “the trainer” Fleishman of Spike TV’s “Celebrity Sweat”.

“Given that the venue and host hotels are all within walking distance to Riverside’s best restaurants and shopping area it only seems right that the event will cap off with feasting and an after party celebration at ProAbition Whiskey Lounge & Kitchen,” said Minnes.

Lonnie Teper, award winning journalist and emcee, will be at the podium as the NPC West Coast offers world-class men’s and women’s physiques and legendary athletes both on and off stage. A day that is sure to motivate and inspire anyone looking to make a change in their health be it to drop a little fat or one day step on stage. If you can’t come to see the show live and in person, the show is live-streamed free of charge complements of Carr Cellular Fitness.

“More than a beauty pageant, it is a sport where physiques reflect physical training, discipline and self-worth. Some entrants hope to transform bodybuilding’s image of a side show to showcasing to main stream look with ascetic bodies and change the conversation on what health and fitness should look like. But expect lots of flexing at this visual extravaganza covered by magazines, bloggers and in thousands of tweets, photos and social media fan page posts around the globe,” said Teper.

“We are pleased to present a platform for our contestants and sponsors to raise awareness for health, fitness and friendly competition,” said Minnes, bodybuilding champion and producer of
The NPC West Coast, Tahoe Show and Ferrigno Legacy Bodybuilding Show held in Palm Springs, CA in November.

The Show’s Title sponsor is Bodybuilding.com with presenting sponsors Carr Cellular Fitness, SWAT Fuel,  Pro Fight Nutrition, Cellucor, Tahoe Show and the Ferrigno Legacy. The event is being held at the Fox Performing Arts Center with 2,000 spectators and 350 competitors. Pre-judging will be June 18, 2016 starting at 10:00 AM, with finals starting at 6:00 PM. Spectator tickets are $25.00 to $99.00.

For information, registration and a full event schedule visit www.NPCWestCoast.com.