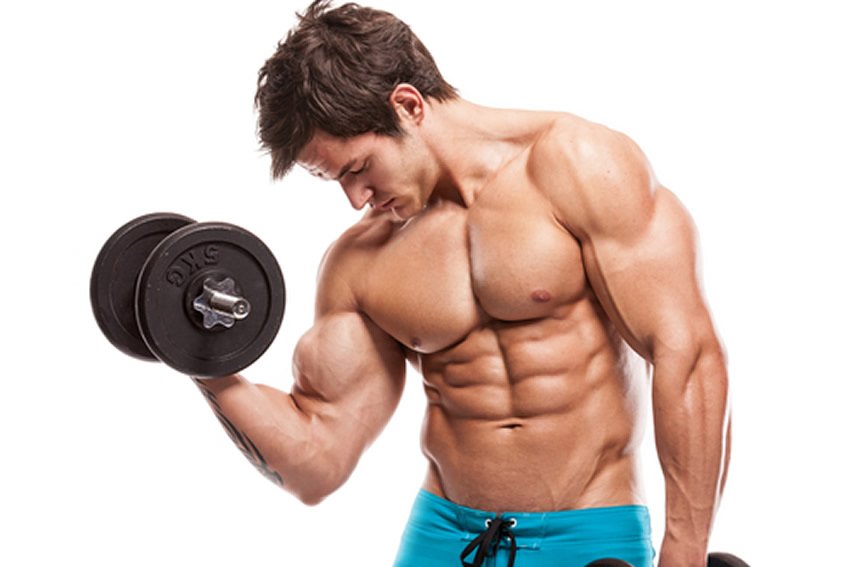 15 Ways to Change things up in the Gym

One of my personal “claims to fame” in this industry as a bodybuilder and coach has been my keen ability to both find ways to make basic exercises more effective and to tweak various movements so that they affect the target muscle in a somewhat unique manner. Listed below are exercises that are great muscle builders as is, but with just slight manipulations may prove to work even better for you! About a year ago a prominent client of mine called me a “gym magician,” and soon after nicknamed me “Merlin.” Now as I walk from room to room in Gold’s Gym, Venice I no longer hear, “Hey Eric, how are you,” but instead, “Hello Mr. Merlin.” Seriously, it’s pretty cool! Here are 15 of my favorite “tricks” that led to my amusing new nickname!

BB Curl Tweak: A very common complaint I hear (from lifters) about BB curls is that it often pumps up the forearms more than it does the biceps. If this pertains to you, try doing your curls with the wrists cocked down, which will prevent the forearm flexors from engaging to such a large extent.

Seated Calf Raise Tweak: As someone who was born with very poor calf genetics I have had to fight for every centimeter of muscle on my lower legs. The seated calf raise works the outer soleus muscle rather effectively but through experimentation I have found that by simply leaning my torso forward, rather than sitting straight up, every rep provides a much more concentrated and intense contraction, which leads to enhanced growth.

Lying Leg Curl Tweak: One of my favorite hamstring movements is the lying leg curl, but not done in the usual manner with chest flat on the pad! Rather, I keep my torso elevated by holding myself in a semi-push up position, which creates a more intense squeeze on every rep! Its like concentration curls for the hams!

Pull Down Behind Head Tweak: This is a terrific exercise for hitting the lats and all of the muscles tied into the mid-back. However, it can be hard on the shoulders, and/or neck when done in the conventional manner. I suggest performing this movement while facing away from the weight stack, sitting as far forward on the seat as possible. This should allow you to pull in straight line from stretch to contraction without having to awkwardly bend your neck forward.

Hyperextensions Tweak: This great lower back exercise can be easily turned into an amazing hamstring exercise by pushing your heels against the pad throughout the set, which will keep the hams under constant tension. The key is to “pull with the hams” while letting the low back relax. Do not fully hyperextend, and only go high enough to feel a tight squeeze in the back of the legs.

One Arm Rows Tweak: In my gym these have been dubbed “Merlin Rows.” Instead of positioning yourself with on knee on a bench and one leg behind you, set an incline to about 45 degrees and lay forward onto your chest. Row the DB with one arm while the other wraps underneath the bench to keep your torso set in place. This is a great lat isolator!

90-Degree DB Preacher Curls Tweak: This movement is fantastic for working both the biceps and brachialis, which can assist with creating a greater “peak.” However, if you want to make this exercise even more interesting, try doing one set with the hand grasping the middle of the DB; a second set grasping right up against the inner plate; and a third set grasping right up against the outer plate. With each set you will feel a unique strain on the biceps.

Angled Single Leg Press Tweak: The leg press is an excellent machine for helping to build huge thighs. The one-legged version makes this exercise even more challenging. A great way to tweak this movement is to angle your torso and working leg inward at about a 45-degree angle while you press. This change in position will recruit more of the vastus lateralis of the outer thigh as well as providing a crushing blow to the side of the glutes.

Elbows Out CG Bench Press: When you are after pure mass in the triceps the CG Bench Press will serve your needs well. However, I have a great way to turn this general builder into a more targeted movement for the long head of the tris. Use the Smith Machine for safety and isolation purposes. Rotate your hands inward so that your elbows rotate outward. Let the bar carefully rest in your palms instead of grasping as normal. Lower slowly in line with upper pecs until forearms contact the biceps, then push to just before lockout on each rep.

Lat Pulldown Curl: The best way to add “peak” to the biceps is by developing the underlying brachialis maximally. This exercise smashes the brachialis and also provides a great squeeze through the entire upper arm. Sit in a lat pulldown and grasp the bar with an underhand grip. Lean back just slightly and hold that position while you curl the bar down and back behind your head. The only movement should be at the elbows.

Reverse Grip Smith Bench Press: If you are having a tough time thickening your upper pecs give this movement a try. Studies show that it activates the clavicular pectorals to an even greater degree than incline presses! Lie on a flat bench and use a shoulder width underhand grip. Lower the bar to about nipple level and focus on pushing the bar up and back to force the upper pecs into action.

Incline Side Laterals: This exercise is awesome for building the side deltoids, but only when done correctly. Most lifters try to go to heavy and end up working more lower back and traps than lateral shoulders. Try performing this movement while standing and leaning the upper body against an incline bench set at about 80 degrees. This removes the possibility of cheating and will force maximal contractions from the side-delt-fibers.

Behind Back Smith Shrug: Building huge traps right on the top gives the physique a thick and powerful appearance. However, creating density in the mid and lower traps will make the entire back look like a moving map of the Rocky Mountains! The Smith Behind the Back Shrug is terrific for hitting this hard-to-reach area. Stand in front of the bar and lean your torso forward about 30 degrees. Take a shoulder width grip and perform a combination upright row/shrug all at once and soon your back will take on a 3-D look!

Kneeling Cable Front Raise: I love to finish off my shoulder routine with this little “gem,” as it provides the kind of contraction that makes the delts feel like they are made of granite. Kneel in front of a low cable fixed with a short, straight bar. Keep your arms straight at all times and lift in an arc that begins at the upper abdomen and finishes with the bar overhead. Always lower slowly, and then lift aggressively to the top.

DB/BB Pullover: The DB/BB Pullover is one of the best mass-building exercises for the upper body. It can be utilized during a back workout to help widen the lats, or during a chest workout to build thickness and density into the pecs. When targeting the lats it is best to keep the arms a bit straighter, while a slightly greater bend is preferred when pounding the pecs. Additionally, I recommend lowering the weight further back away from the head to pull harder on the teres minor and upper lats, while lowering more straight downward toward the floor will force greater chest activation. 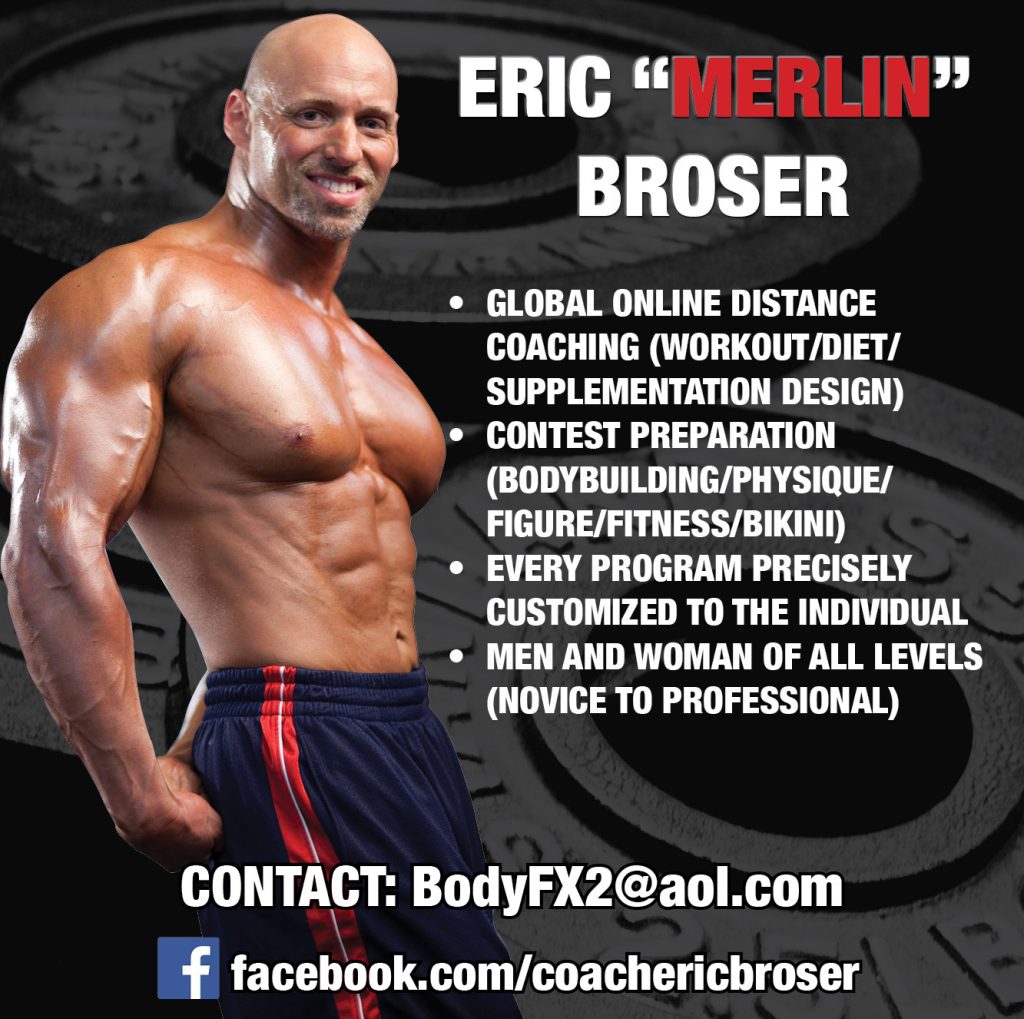 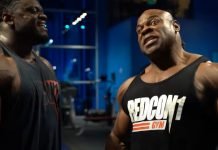 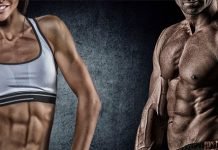 How to Overcome Stagnation through Variation