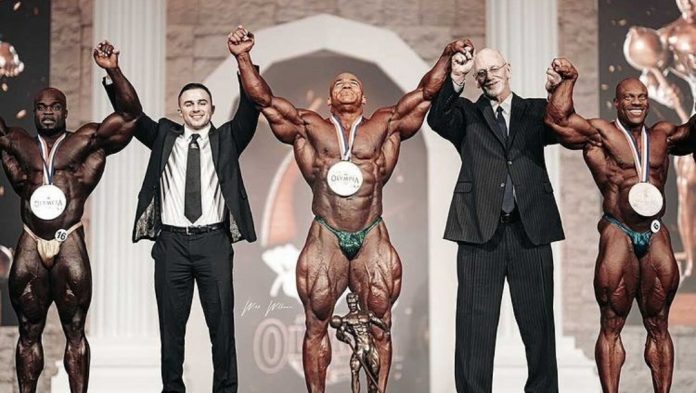 During the interview, Tyler revealed some of the NPC/Pro League’s future plans and improvements to their judging system.

The controversial subject of Mr. Olympia Invitations was brought up and immediately, Bob Cicherillo and Shawn Ray disagreed on the subject.

Shawn believes that it is a valid system to hand out a ‘Special Invitations’ to athletes that can bring more to the sport in regards to popularity and competition.

It was evident that Shawn was looking out for the future of bodybuilding by expanding its popularity internationally.

On the other side of the table Bob Cicherillo believes the ‘Special Invitation’ is valid, only if it is required for a valid situation.

It was evident Bob is representing the athletes that are fighting for Mr. Olympia qualification throughout the entire year.

Bob believes that it is not fair for the athletes working hard throughout the entire contest season, to see an athlete just get a free pass to the Mr. Olympia.

The subject of Kai Greene was thrown into the subject and Bob believes that he already refused a ‘Special Invitation’ and if Kai wants to compete again at the Mr. Olympia, he has to qualify.

Shawn then used an example of giving a ‘Special Invitation’ to an athlete that has a huge following from an country outside the USA, to give more exposure to the Mr. Olympia.

Tyler believes that the NPC/Pro League offers many opportunities all over the world for athletes to qualify and just handing out ‘Special Invitations’ would not be fair for the other athletes.

Bob said that not only did Cedric serve his country, but he is one of the top bodybuilders in the world that has won a number of prestigious titles. Cedric has already proven his worth in the past and was not just going to take space on the Mr. Olympia stage.

Tyler Manion then refereed to the ‘Special Invitation’ given to Big Ramy.

Not only did Big Ramy accept the ‘Special Invitation’, he ended up winning the 2020 Mr. Olympia title.

Big Ramy could not qualify for the 2020 Mr. Olympia due to travel restrictions, cancelled events and finally he was infected with Covid-19.

Finally, Tyler ended the debate by insisting that in the future, ‘Special Invitations’ will not be handed out freely, if he has anything to say about it.

Tyler insisted that athletes have to first prove their worth by earning their place on the Mr. Olympia stage by qualifying.

The NPC/Pro League now have numerous Mr. Olympia qualifiers all over the world, giving the athletes a number of opportunities to compete.

The popularity or the success of an athlete will not be a valid reason to get a Mr. Olympia ‘Special Invite’.

Bob Cicherillo was a happy man after hearing Tyler support his arguments.