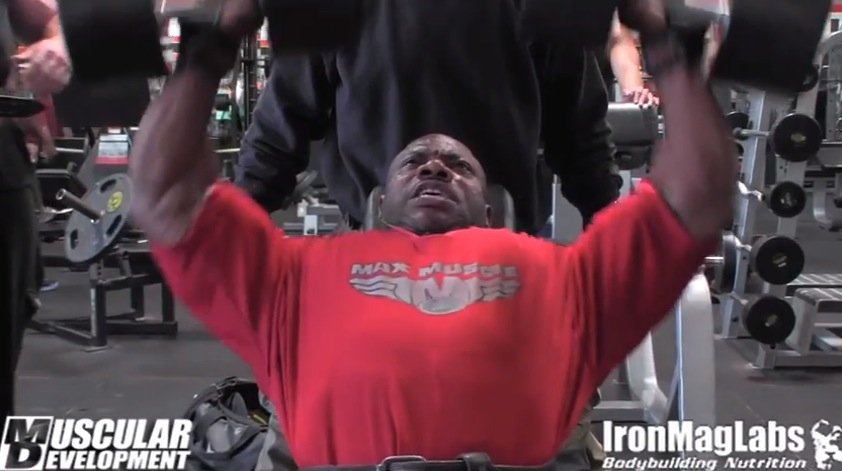 2008 Mr. Olympia Dexter Jackson trains chest at Gold’s Gym Venice with the “Trainer of Champions” Charles Glass, 2.5 weeks out from the 2014 Mr. Olympia.

Dexter says he feels he’s been improving every year…some have noticed changes in his physique for this year Mr. Olympia. Dexter looks much bigger and if he keeps his traditional condition with that bit more size we could surely be in for a great Mr. Olympia contest.