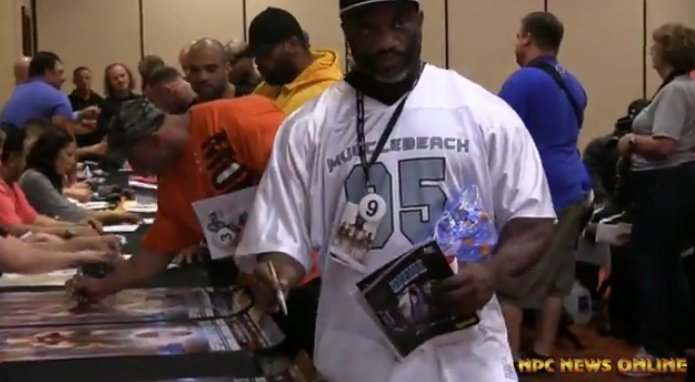 The 2015 Mr. Olympia Athletes meeting had a different tone to last years. Not only was Kai Greene not in the picture, but the famous poster signing incident did not happen this year.

At the 2014 Mr. Olympia Athlete Meeting, Kai Greene signed the Mr. Olympia poster as ‘Mr. Olympia’. Surely, when Phil Heath had to sign, he noticed Kai’s signature at was not happy about it.

This year was a totally different story. all the competitors looked happy and everybody greeted each other as they made their way in.

The show must go on. Unfortunately Kai did not play by the rules and missed out!