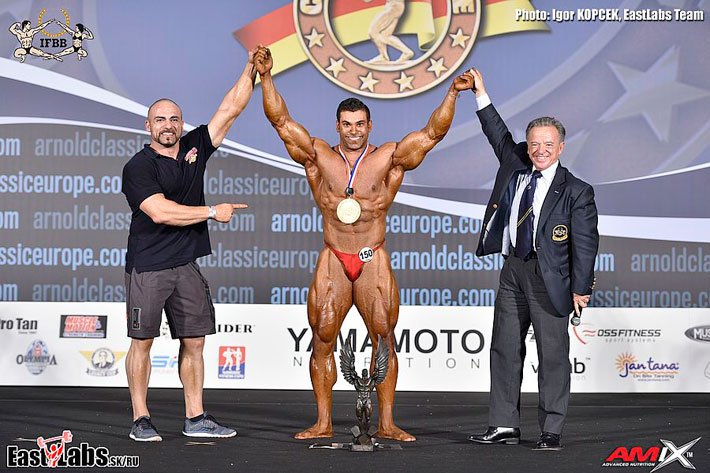 The small island of Malta has been moving up the bodybuilding latter in the last couple of years with impressive results on the international scene.

At the 2016 Arnold Classic Europe in Barcelona, Malta’s Luke Debono made history as he won the 100+kg category and as well the overall bodybuilding title to earn the precious IFBB Pro Card.

The day before, Luke placed second in Junior Amateur Bodybuilding Championships. This placing surely made Debono regroup for the next day.

Speaking to Luke after his victory. Luke explained that he took care of some issues that he was not happy with the day before.

It was weekend of up and downs for the new IFBB Pro, but the final outcome was the one he worked so hard for.

This is a fantastic accomplishment for Luke and the IFBB-Malta committee as Luke is working to obtain a Masters Degree while preparing for this prestigious contest.

We can’t wait to see Luke on a pro stage in the near future.

Luke Debono winning the 2016 Arnold Classic Amateur Over 100KG category and Overall title from Evolution of Bodybuilding on Vimeo.