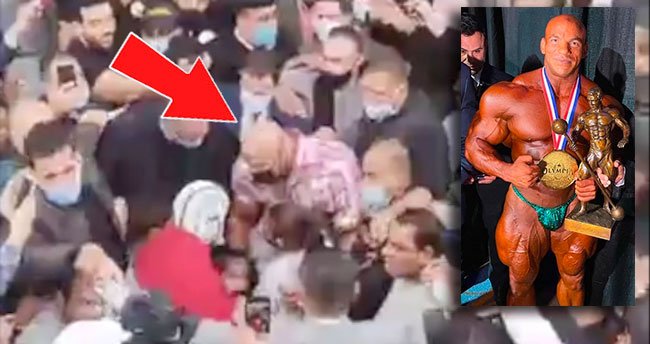 Fans arrived in the hundreds to welcome Big Ramy home after winning the 2020 Mr. Olympia.

Bodybuilding is one of the most popular sports in Egypt and neighboring countries.

With Big Ramy winning bodybuilding’s most prestigious title, he expanded the sports popularity to the millions following the sport outside of the USA.

Big Ramy can do to bodybuilding as Muhammad Ali did for boxing.

Security had to surround Big Ramy as fans rushed to get a glimpse of him and even try to touch him.

From the moment Big Ramy won the Mr. Olympia title, he will be regarded as royalty in his home country.

Some of the countries highest officials waited patiently as the bodybuilding star made his way through the hundreds of fans chanting his name.

The history of bodybuilding will be changed with Big Ramy winning the title. The popularity of the sport will reach new fans and Big Ramy will become a household name.