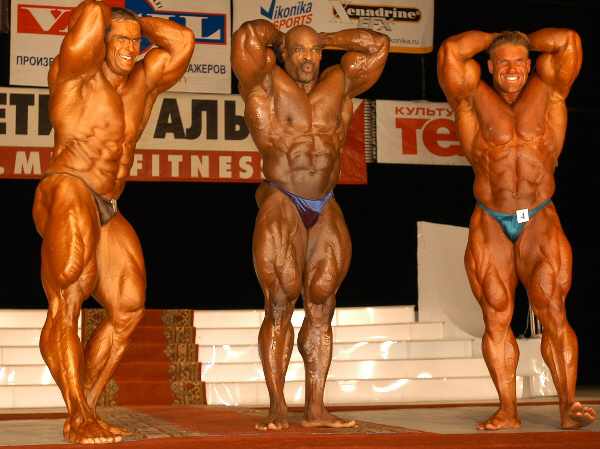 The Russian giant Alex Fedorov had the potential to defeat Jay Cutler and Ronnie Coleman in his prime in 2003. Placing third behind Coleman and Cutler at the 2003 Russian Grand Prix, put Fedrov’s name on the headlines (Photo).

His dream of becoming one of the best bodybuilders ever hit the wall when he suffered a pec tear just one month before the 2003 Grand Prix. He postponed his operation to compete in the event where he would place third.

After a eight year layoff, Fedorov made his return to the stage and placed eighth.

Photos taken of Alex at last month’s 2015 FIBO event in Germany made everybody aware that he managed to add more muscle to his already huge frame. Dwarfing the likes of Kai Greene and Dexter Jackson.

At the moment, Fedorov is in Orlando preparing for this weekends IFBB Pro Europa Show of Champions. We are all excited to see what he will look like on his great return!!